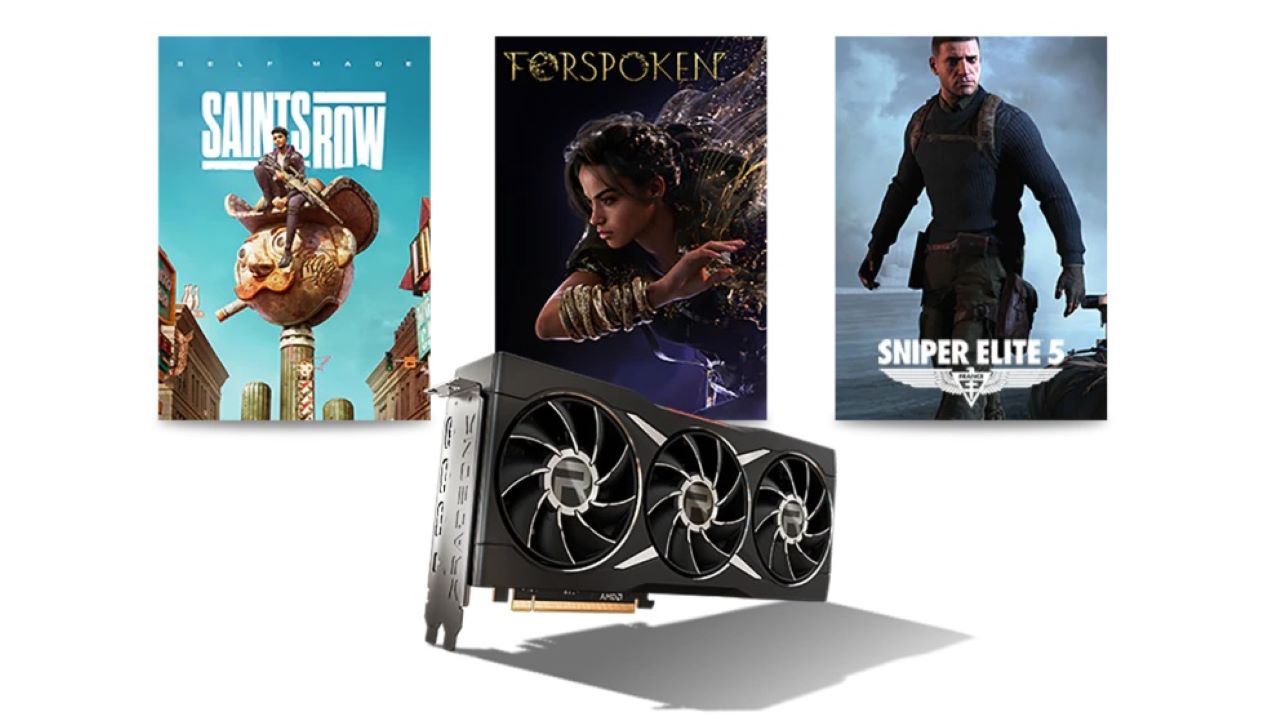 Last month, AMD announced the AMD Radeon Raise the Game bundle alongside the launch of the AMD Radeon RX 6000 Series graphics cards, providing gamers with complimentary access to Sniper Elite 5 and Saints Row. Now, AMD is excited to reveal that Forspoken will be the third game joining the thrilling lineup of games in the bundle.

AMD worked with e-tail and retail partners to be able to give gamers codes to redeem for the new bundle at their initial purchase of a Radeon RX 6000 Series graphics card, and starting June 14, the redemption portal will be live, allowing anyone who received a Raise the Game code from AMD the opportunity to redeem it and start gaming!

To see qualifying games and products, gamers can visit the newly launched www.amd.com/raisethegame page. For full terms and conditions, or to redeem game codes, please visit www.amdrewards.com. Stay tuned as well for more partners enabling the new Raise the Game bundle in the days ahead.