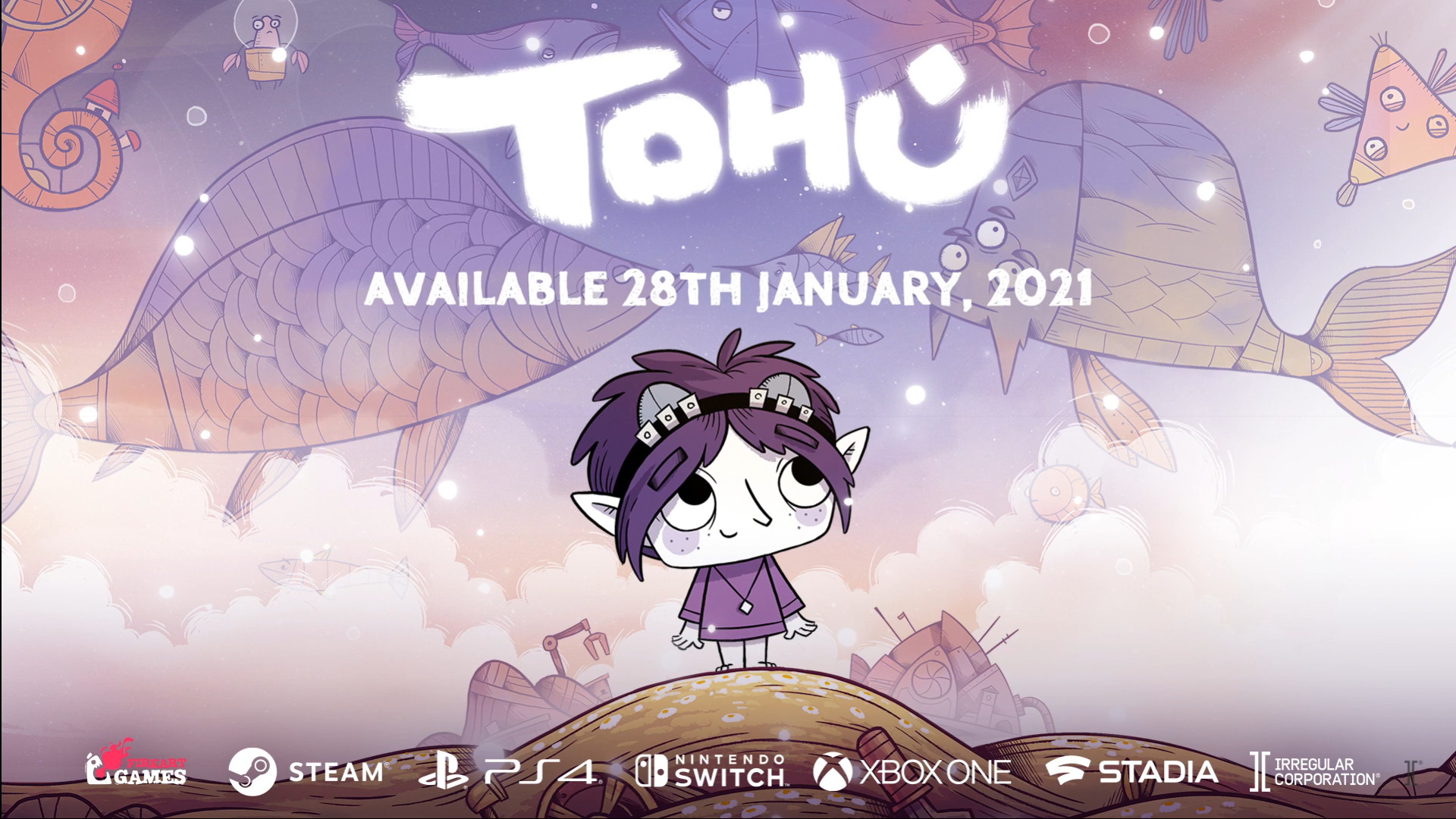 Publisher The Irregular Corporation (Murder By Numbers) and independent studio Fireart Games announced the release date of their enchanting adventure game TOHU, which will be available on Steam, PlayStation 4, Xbox One, Nintendo Switch, and Google Stadia on January 28th. TOHU pre-orders are open on Nintendo Switch and Xbox One, with 10% off.

An adorable animated trailer lifts the veil on the adventure heroine, who can transform at will into a gigantic mechanical alter-ego:

The adventure begins when a peaceful world is disturbed by the arrival of a strange dark creature. Out of sheer will to harm and create mayhem, The Stranger takes on the Sacred Engine, the central element of the world. Now the life that populates the Pisces planets is under threat, and your journey to save the world can begin. Along the way, you will cross paths with eccentric characters like this protective robot with slender legs named Juncle or The Broker, a high-flying commercial who lives in a bathtub.

The endearing storyline of the game takes you on an unforgettable and gripping journey at the helm of a young girl and Cubus, who can be played at will to take advantage of each person’s specific abilities and unravel the mysteries that dot every corner of the world. universe. Observation, creativity and strategy are at the heart of the experience: whether it’s flushing out the critters needed to power your fly vessel or learning to shoot with a moustached mole-throwing cannon, TOHU is full of eccentric, twisted and varied puzzles. Christopher Larkin ( Hollow Knight ) makes the visual and environmental narrative of the game reason with its lush and charming compositions, which perfectly accompany the hum of your grey cells!