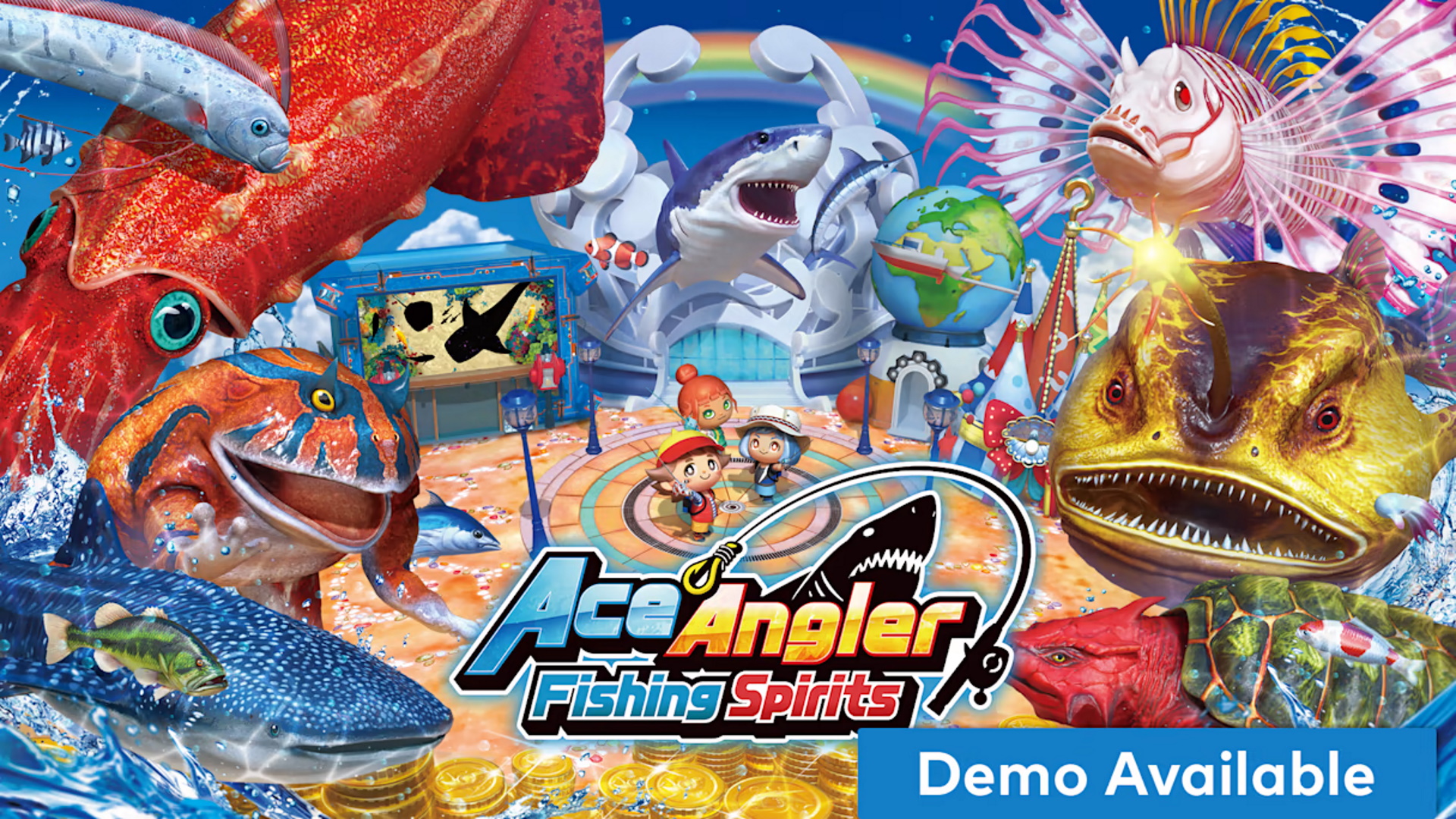 Bandai Namco Entertainment America Inc. has announced that ACE ANGLER: FISHING SPIRITS is now available for the Nintendo Switch as a digital download. The game brings the series’ arcade fishing experience to consoles for the first time in the Americas.

ACE ANGLER: FISHING SPIRITS introduces players to Marine Medal Mania, an aquarium-themed amusement park where they can explore and experience exciting games among five distinct attractions. In the main Ace Angler+ mode, anglers compete to catch fish and earn medals they can use to spin for prizes. Players can also collect from more than 250 different types of fish to store in their personal aquarium. ACE ANGLER: FISHING SPIRITS features single-player, couch co-op, and online multiplayer in a variety of game modes.

In addition to the arcade-style Fishing Medal game, which sees players rise through the ranks to become the “Ace Angler”, the game also challenges players to follow quests to clean the world’s oceans for a sustainable future in Story Mode, play aquatic-themed medal pusher games, enjoy multiplayer games like Gator Panic and Goldfish Scooping in Party Mode, and even wage online battles for the first time in the series.