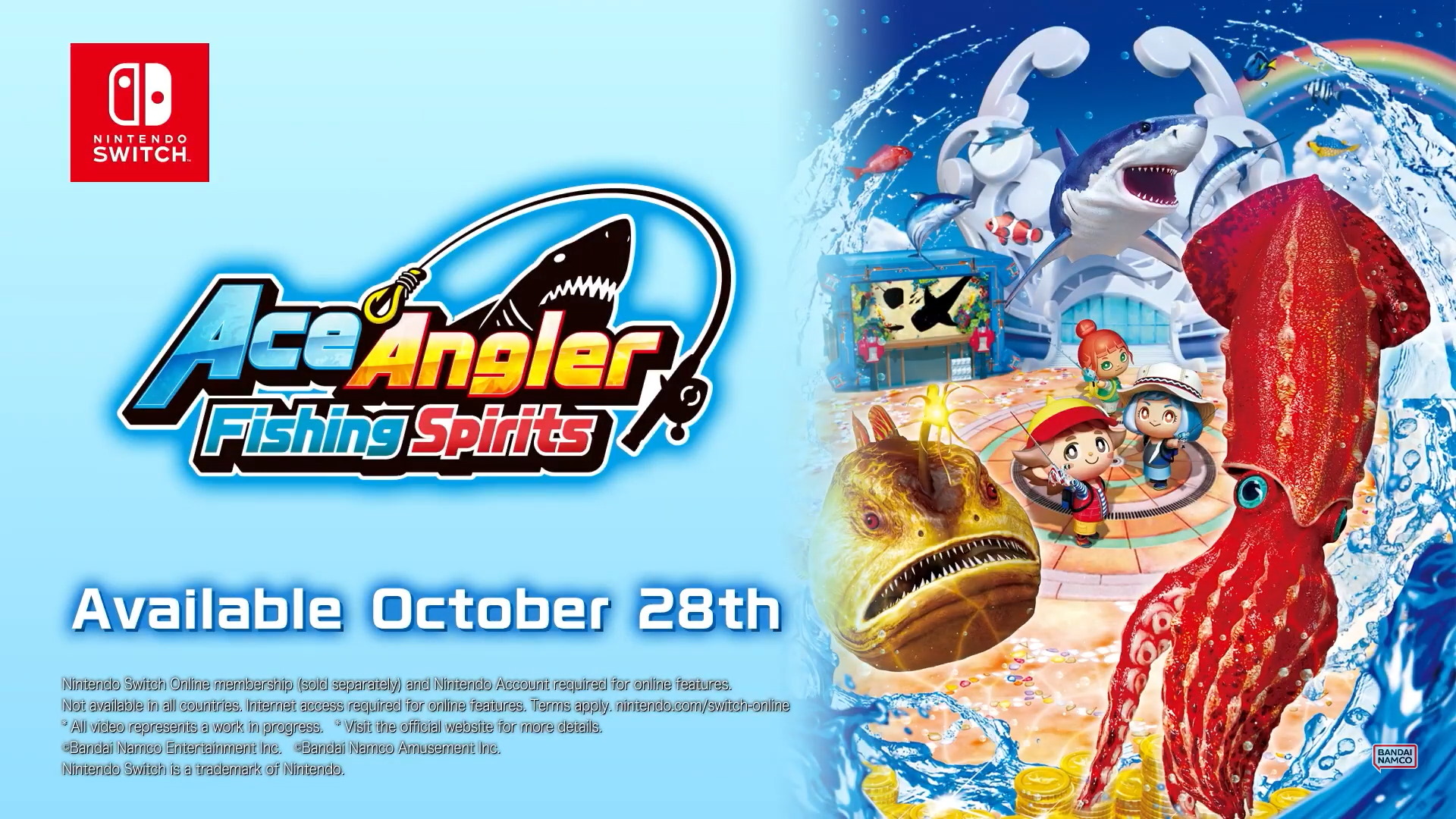 Bandai Namco Entertainment announced Ace Angler: Fishing Spirits, the sequel to the hit 2019 title that brings the series’ arcade fishing experience to home consoles for the first time in the Americas. The game challenges players to follow quests to clean the world’s oceans for a sustainable future in Story Mode, play aquatic-themed medal pusher games, and enjoy multiplayer games like Gator Panic and Goldfish Scooping in Party Mode, and even wage online battles for the first time in the series. Ace Angler: Fishing Spirits is slated to launch on October 28th, 2022, for the Nintendo Switch as a digital download.

Ace Angler: Fishing Spirits introduces players to Marine Medal Mania, an aquarium-themed amusement park where they can explore and experience exciting games among five distinct attractions. In the game, anglers compete to catch fish and earn medals they can use to spin for prizes. Players can also collect more than 250 different types of fish to store in their personal aquarium. Ace Angler: Fishing Spiritsfeatures single-player, couch co-op, and online multiplayer in a variety of different game modes, from Arcade and Story to the unique and thrilling Shark Fever Medal Pusher Mode.

Ace Angler: Fishing Spirits is set to bring fun and endless excitement to players – with Ace Angler: Fishing Spirits coming to Switch, soon players throughout the Americas will be able to experience the latest installment of this popular fishing franchise in the comfort of their home or on the go and can get in on the excitement with friends and family using the Joy-Con for hands-on fishing controls, and even compete with other online anglers from around the world.