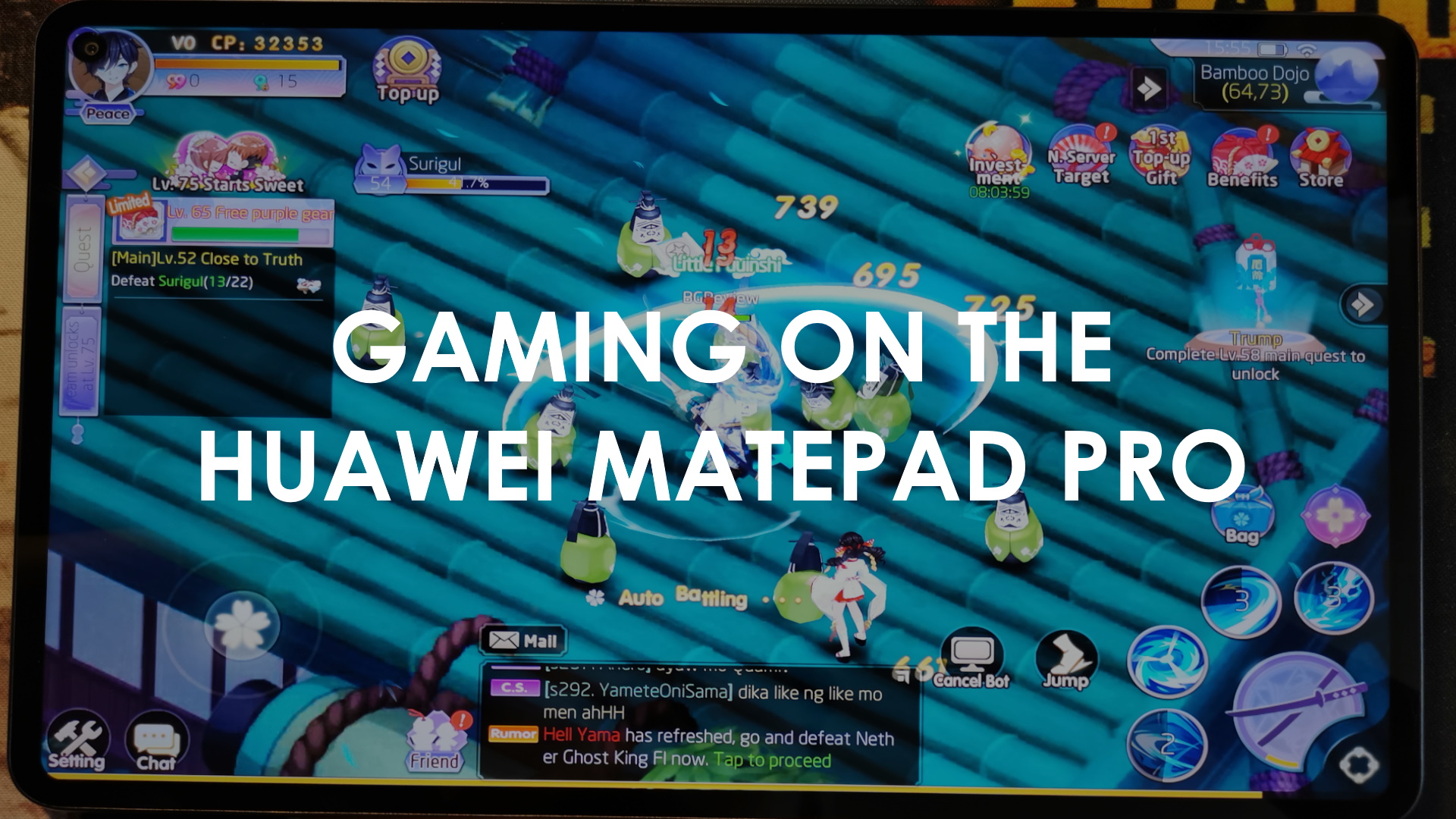 The Huawei MatePad Pro can be considered as the larger and sturdily built elder brother of the Huawei P40 that lacks photography skills. As I’ve mentioned in the previous review, the MatePad Pro is a beast when it comes to performance and an absolute beaut to get some work done on. But what about the video gaming side of things? As a Video Games media journalist, naturally I was curious and wanted to experience playing some games on this tablet – to put its performance on a test!

Here’s a quick recap of the MatePad Pro’s gaming performance-related hardware specifications before we go into the hands-on experience. 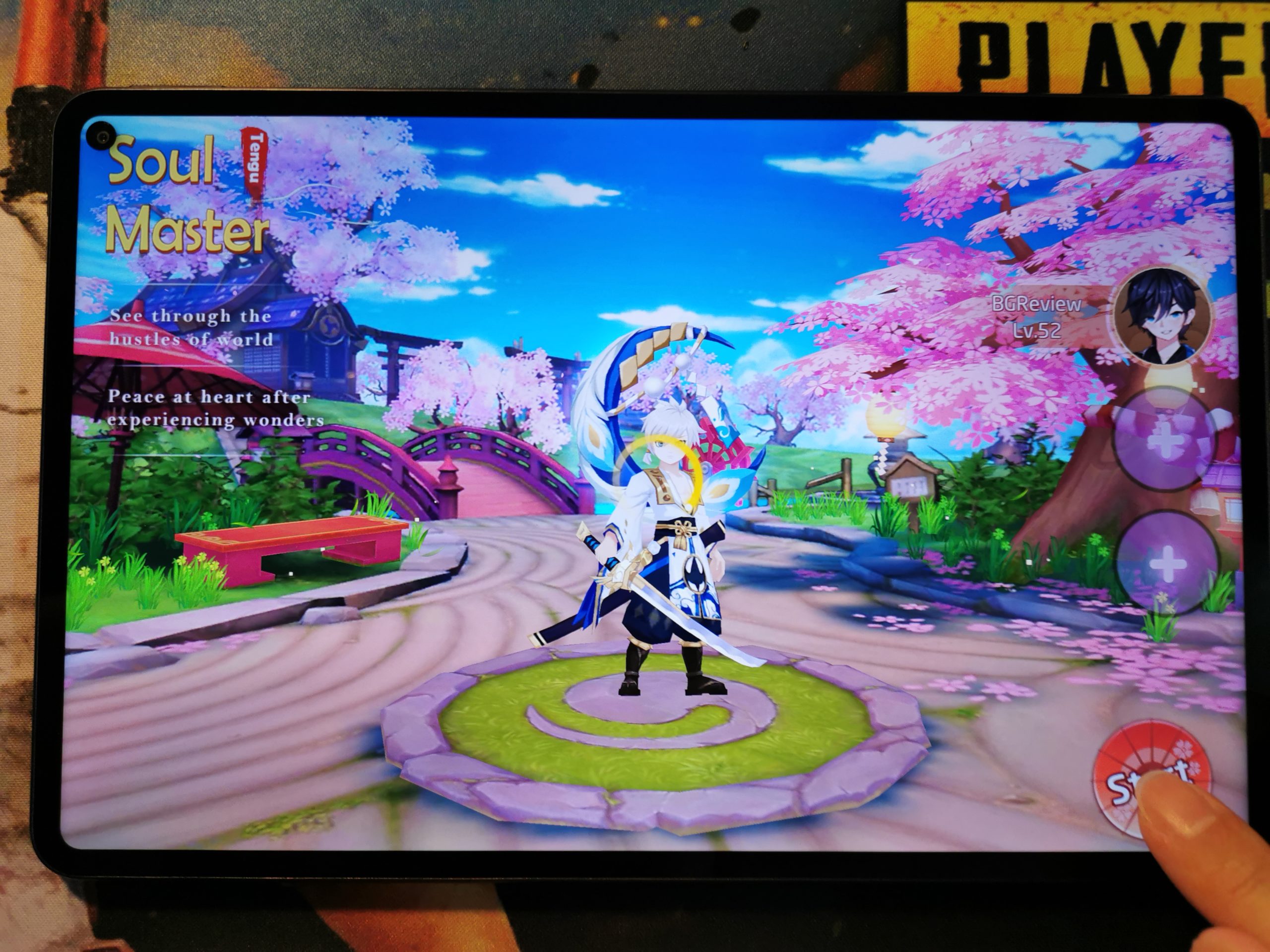 I’ve tested the MatePad Pro against a list of commonly played games and so far, every single one of them ran smoothly on the highest settings possible.

This comes as no surprise for a device that is heavily equipped in the hardware department. But the gaming experience itself is not just limited to a device’s hardware performance. Apart from PC and Consoles, many of us are used to gaming on smartphones and as one would expect when it comes to tablets, the concern of ‘ergonomics’ inevitably comes into play.

There are two points to consider when it comes to ergonomic – the weight and dimension of the tablet.

Weighing in at 460 grams (about the weight of two adult Syrian Hamsters), the Huawei MatePad Pro checks the right boxes in this department. Although a larger battery capacity always means a heavier battery, but as long as you are in a seated position, holding the tablet as you would a mobile phone and gaming on it would not be a problem. Though if you are one who favours gaming on the tablet in a sleeping position, I’d say chances are high that the tablet will land on your face

With a 10.8-inch display and 90% screen to body ratio, the MatePad Pro comes with a large HD screen, high screen to body ratio and the thinnest bezel among the tablets in the market right now. This may sound good on paper, but after reviewing it for over a month, I’ve realised that it may not be great for people with short fingers. Yup, short finger people will not reach very far into the screen when gaming. 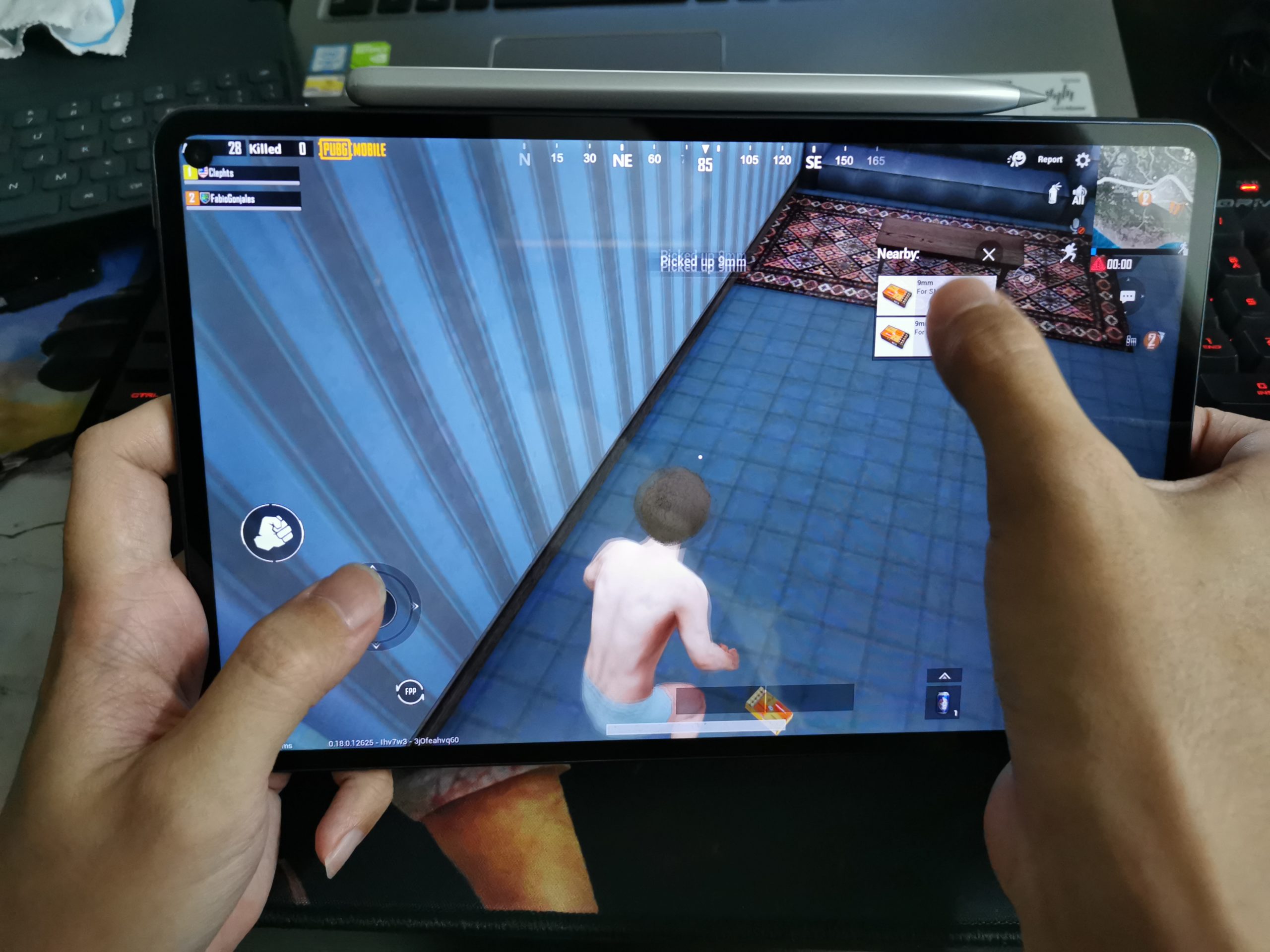 Battery technology itself has progressed steadily over the years. And Huawei themselves have contributed their share into this research as well.

As stated in Huawei’s website, their usage of Li-Po battery reduces the weight of their devices when compared to the usage of the non-polymer counterpart. And when combined with Magnesium Alloy as the material for its enclosure, the MatePad Pro is at the very least non-lethal when it drops on your face at night.

With a 7250 mAh Battery capacity (with wireless charging capabilities), this baby lasts long even when you’re gaming. I have tried going on for 4-hours straight without feeling the pressure to charge the tablet. And when I need to charge it, the wireless charging function is something I’m glad the tablet is capable of.

When I was trying MOBA games such as Mobile Legends and Arena of Valor, the placement of some action button is a little too far to reach. Although it may be fine for casual MOBA players, this issue will definitely be a disadvantage for those who want to game competitively on the MatePad Pro. 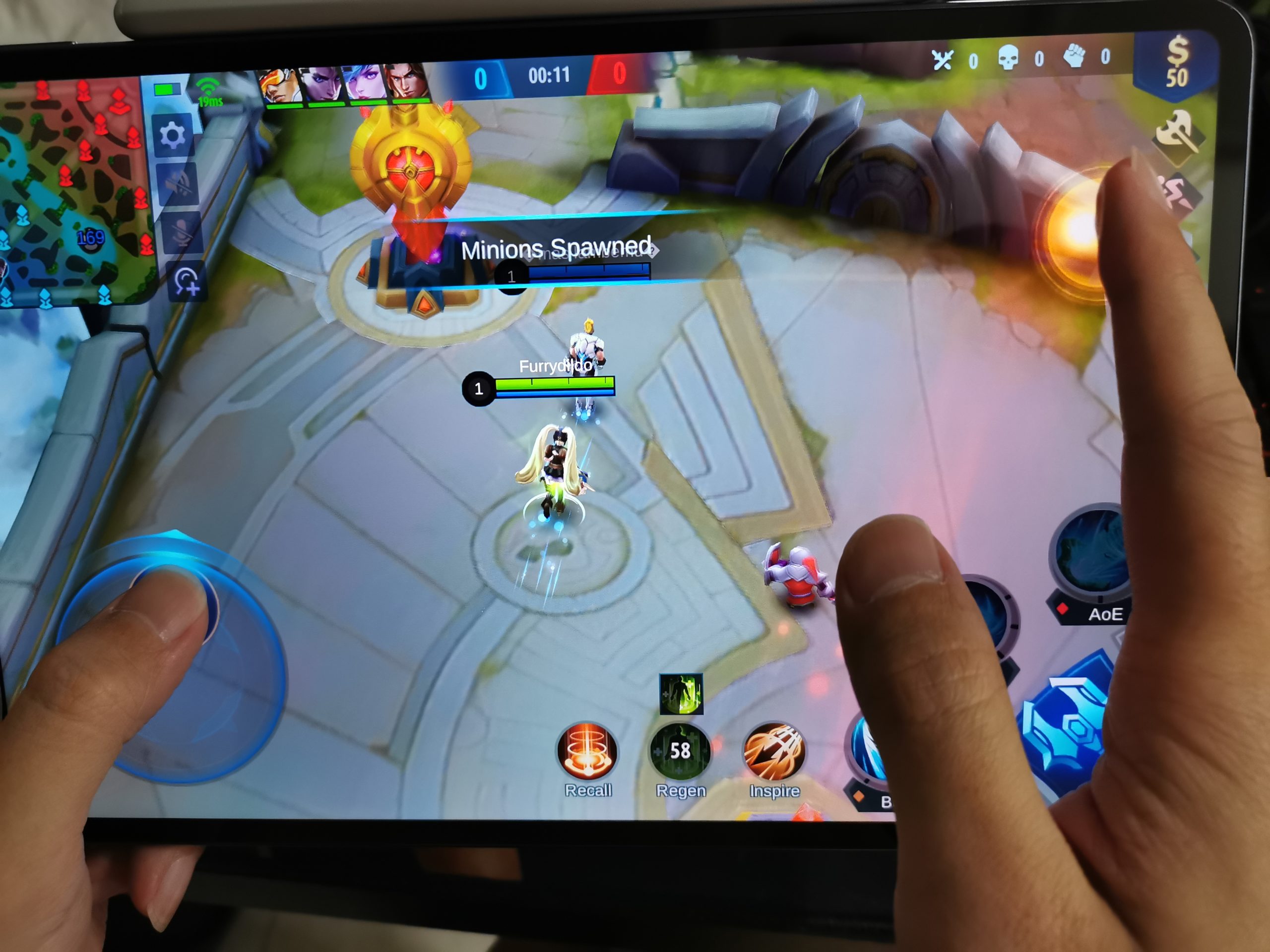 This issue gets a little less prominent in most FPS games as the majority of FPS games allow you to rearrange the controls to your preference. On top of that, I’ve noticed that most FPS players who game on tablets prefer the 4-Finger Claw Grip method, so this actually solves the finger reach problem when it comes to FPS games on tablets. As for two thumb players like me, I’ve no choice but to squeeze as many buttons as possible to the bottom corners. Although I was a little miffed by this, the audio-visual experience was nonetheless still enjoyable.

This tablet truly shines when it comes to genres such as Simulation Games and Mobile MMORPGs. These are games that don’t require the user to hold the device. For example, games like Ragnarok Mobile and Yokai Tamer come with an ‘Auto’ button to automate questing and damage dealing. Even if you prefer to go on manual controls, these games don’t require the player to perform intense and precise actions other than continuously spamming skills with one hand. 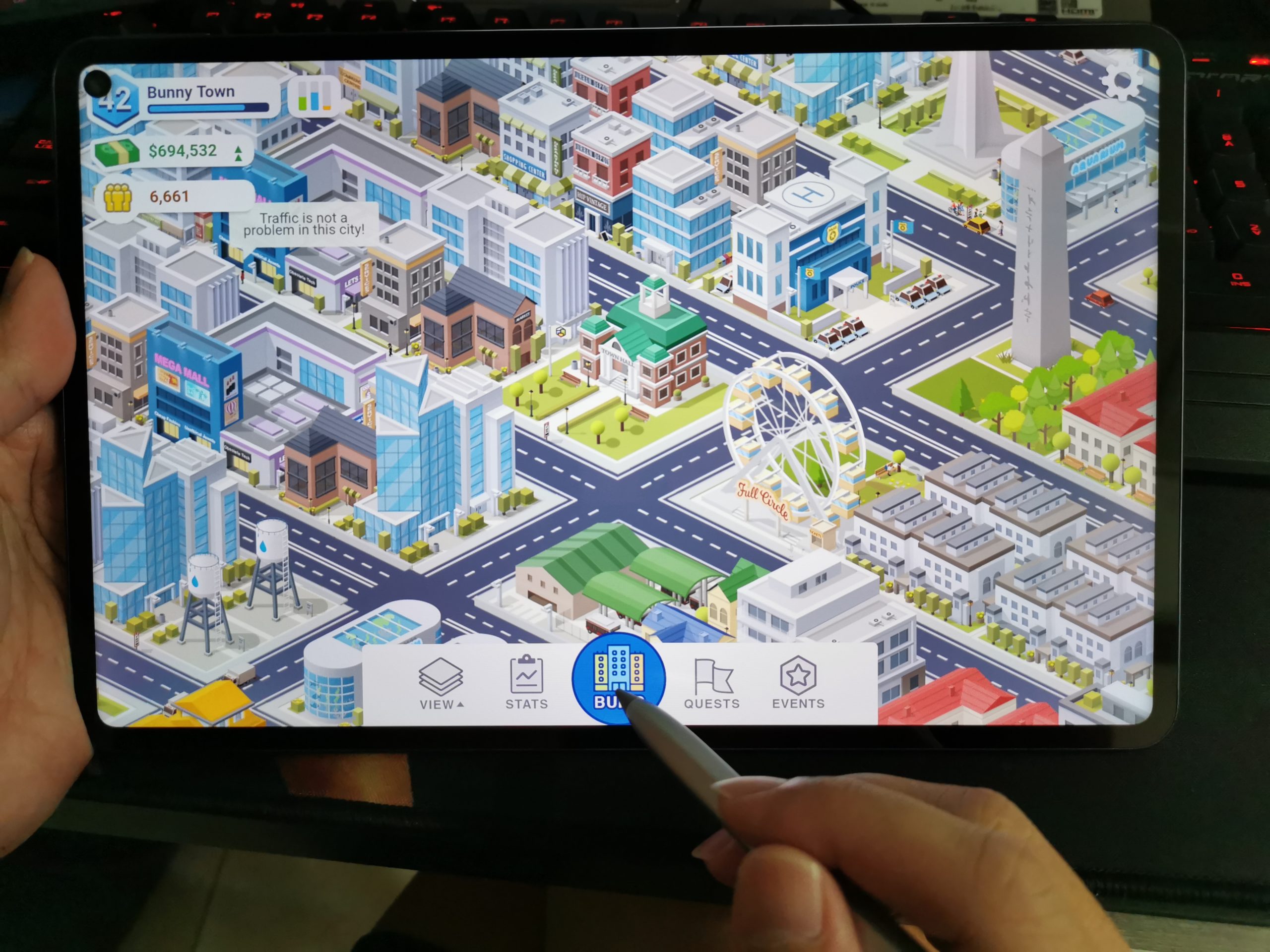 The tablet performed even better when it came to simulation games such as Pocket City. First of all, there wasn’t a single lag when it came to Pocket City. Mind you, this is one game that requires a ton of processing power and it has a history causing some flagship phones in the market to freeze midway.

Secondly, with that large screen available, the entire city management experience became much more enjoyable. All the minute details which were originally unnoticeable on phone screens were uncovered without the hassle of zooming in and out of the city. And the best part is, with the M-Pencil in my hand, I get to play pretend as Mayor overlooking the city’s blueprint. Every touch of my stylus lets me feel the joy either constructing or demolishing a building.

When there’s a 10.8-inch display with a wide QHD 2560 x 1600 and 540 nits capable screen in my hand, visual is not something I can fairly complain. Together with the on-point colour accuracy thanks to the DCI-P3 Cinematic Colour Gamut Grading, the visual experience when gaming on this tablet is something to behold. 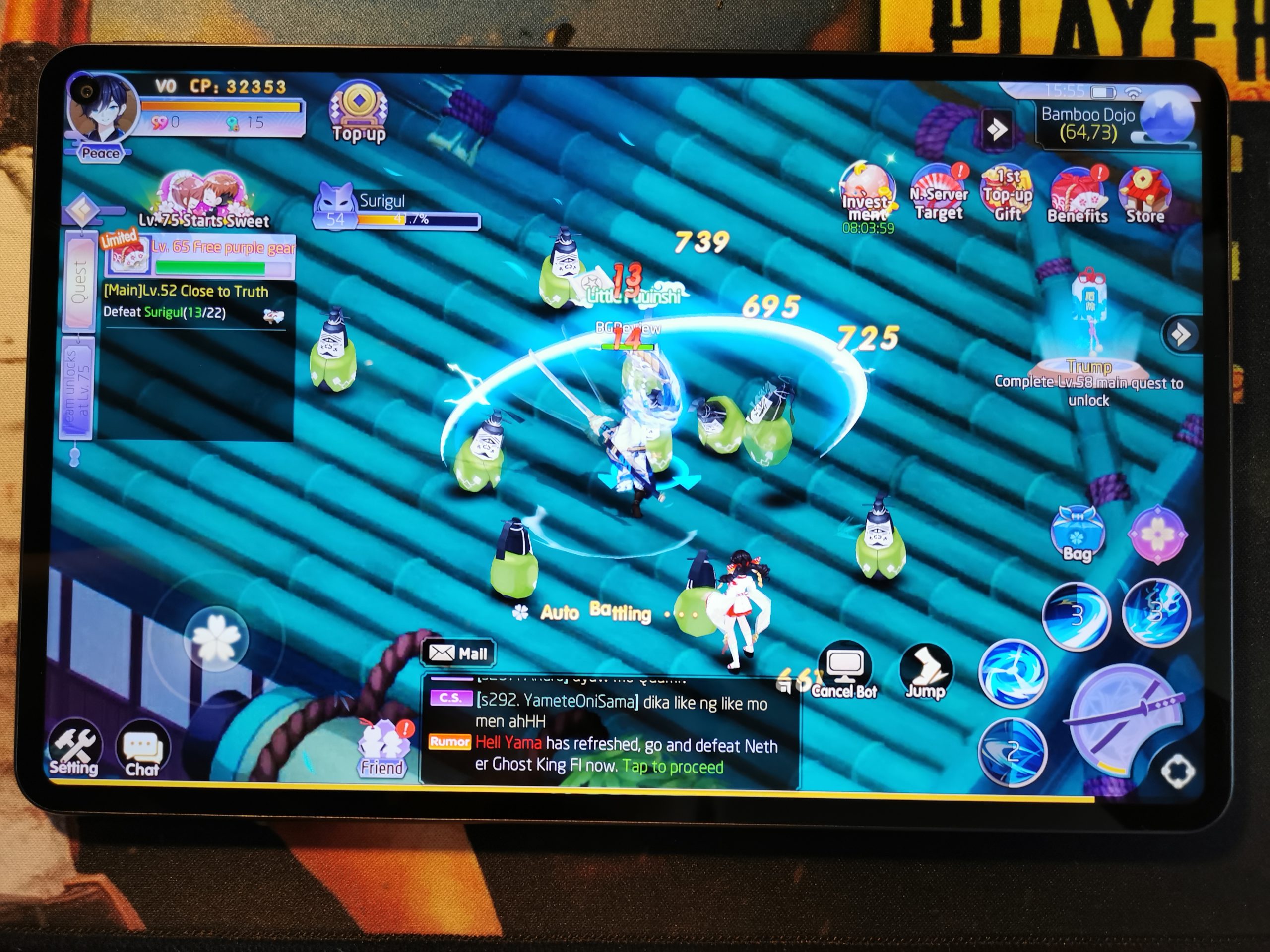 
The MatePad Pro tablet comes with High-amplitude quad-channel stereo speakers tuned by Harman Kardon. These speakers are placed in pairs on the top and bottom of the device to provide the quadraphonic experience. If I were to compare the sound quality of this tablet to my iPad Pro 11″ Gen-2, the audio quality on the latter would be one commonly expected from a tablet, whereas the MatePad Pro sounds more like a TV. It’s loud, CLEAR, and it’s 4 speakers makes it feel like the audio was embracing me, rather than appearing flat in front of me.

For whatever reason there is that you are actually looking for a tablet to fuel your need for an adrenaline rush in the form of competitive gaming, forget it. I cannot imagine anyone playing anything competitively on this tablet or any tablets for that matter. I mean, you can, but why would you? The size and weight are against you and larger screen surface means longer travel time between your fingers to the buttons. FPS, MOBA, Hands-on required MMORPGs are out of the picture. The only few probable competitive environments left are the Card Games, Board Games, and maybe City and Farm Simulation Competitions?

The tablet can facilitate any casual gaming flings you need. Just don’t expect it to be a good companion when you’re challenging the ranked matches. 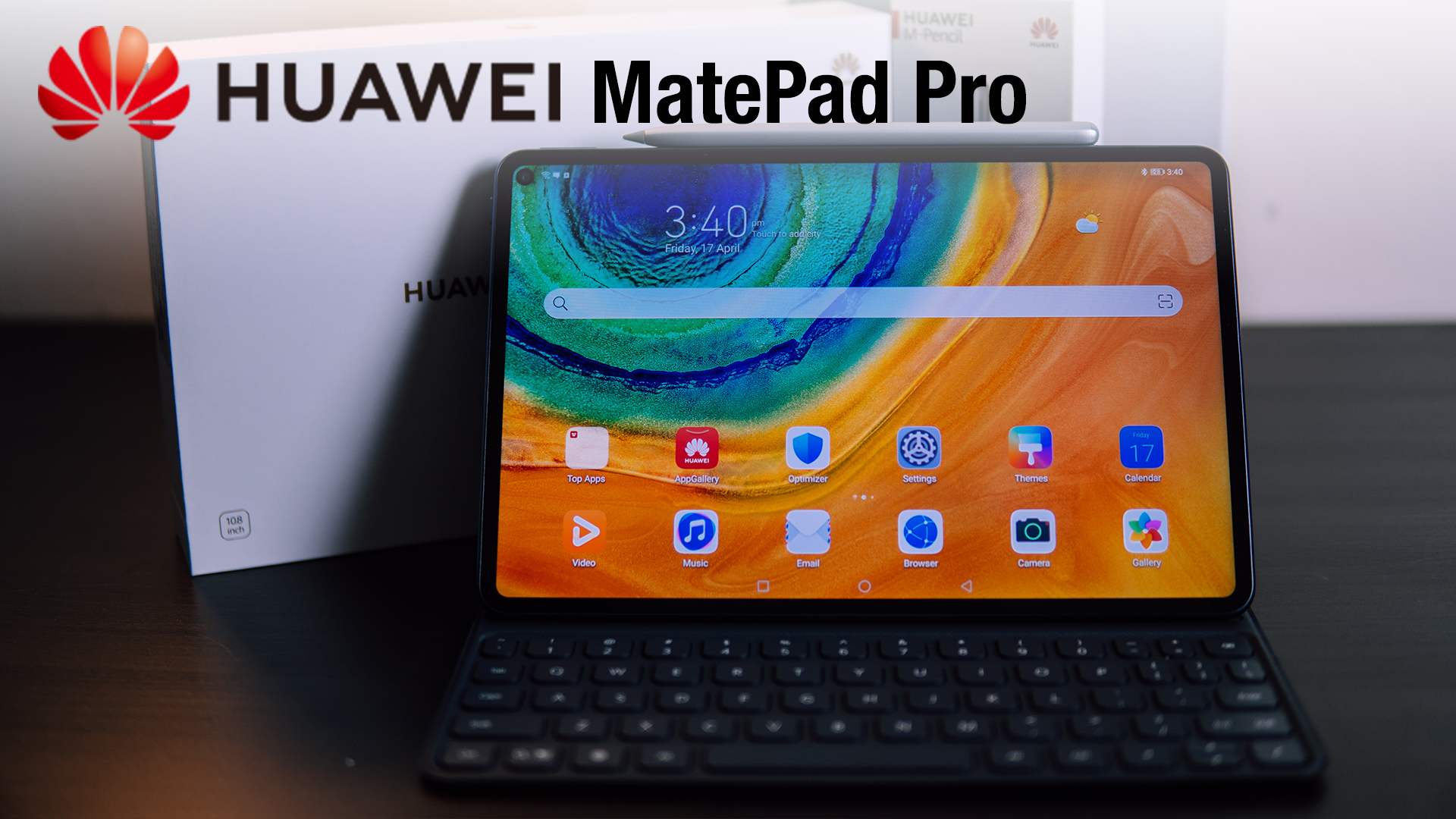 The HUAWEI MatePad Pro is definitely an all-around performer, but it may not be the best device for everyone. It is undeniably powerful and it can run any of the games that you throw at it, but the size itself may be a huge drawback for those with shorter than average fingers. If you’re a competitive MOBA or FPS player, I would recommend you to think twice before purchasing any large tablets as your main competitive device. But if you are just looking for a decent tablet that can handle work tasks and casual gaming needs, then the HUAWEI MatePad Pro is definitely a good buy. In fact, it’s better than good.

HUAWEI fans in Malaysia are in for a treat from June 26 onwards as HUAWEI will be giving away an assortment of free gifts...
Read more
Gadgets & Tech