Steamburg is an award-winning puzzle adventure game that has come to the Nintendo Switch on November 22, 2018.
So let’s jump right in and see how the “adventure” will go.

Players will play as the main character, Professor Vincent walking around the city of Steamburg which has been invaded by robots. Players will then need to collect three green energy orbs and destroy all the robots to pass the level. The character does not use any weapons but you only able to throw a limited number small electro-bombs each stage to stun the robots for a few seconds or to lure the robots to Tesla Coils to destroy them. Players will have to choose their path wisely as the robots will chase you when you are in their line of sight. The first few levels are quite easy, but it soon becomes harder the further along you get. Inter-spaced between the levels is what is known as a “Safe Room” which has a few reading materials to contribute to the ongoing narrative of the game. This game does support touch screen function, but kinda useless on the normal gameplay, I only found that useful on the interaction when inside the “safe room” 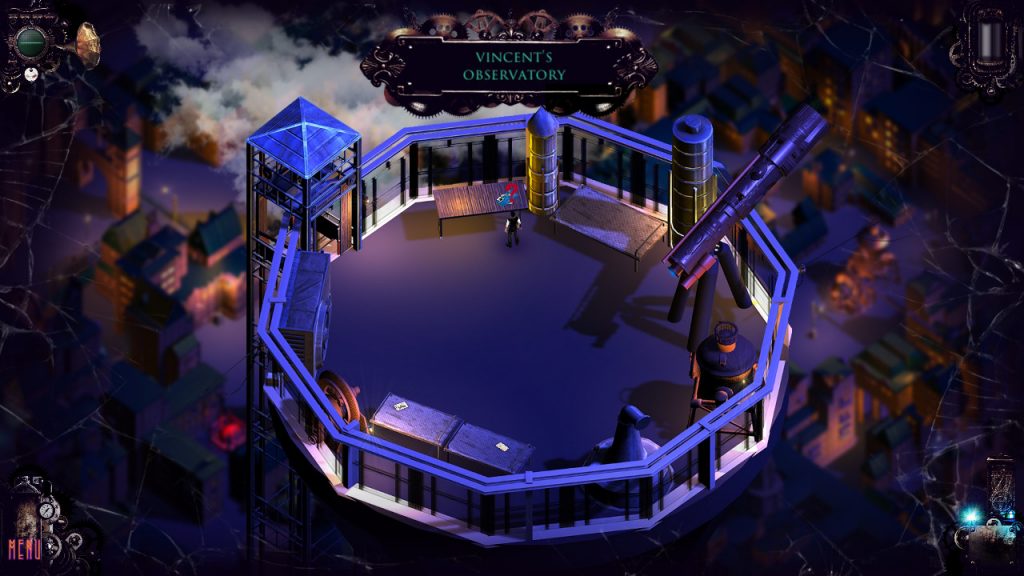 This game has very beautifully designed and highly detailed graphics for a puzzle indie game. The buildings especially, it’s styled in such a way that the building looks like a pre-war era design with a darker settings. More over, there are several flying objects such as hot air balloons, air ships and some clouds randomly appearing in the middle of the game play. It may bring an additional detail to the game but frankly I felt that all these flying objects are kinda annoying as it blocks the players view beneath it. I have to wait for it to fly through before I’m able to proceed with my my next move. 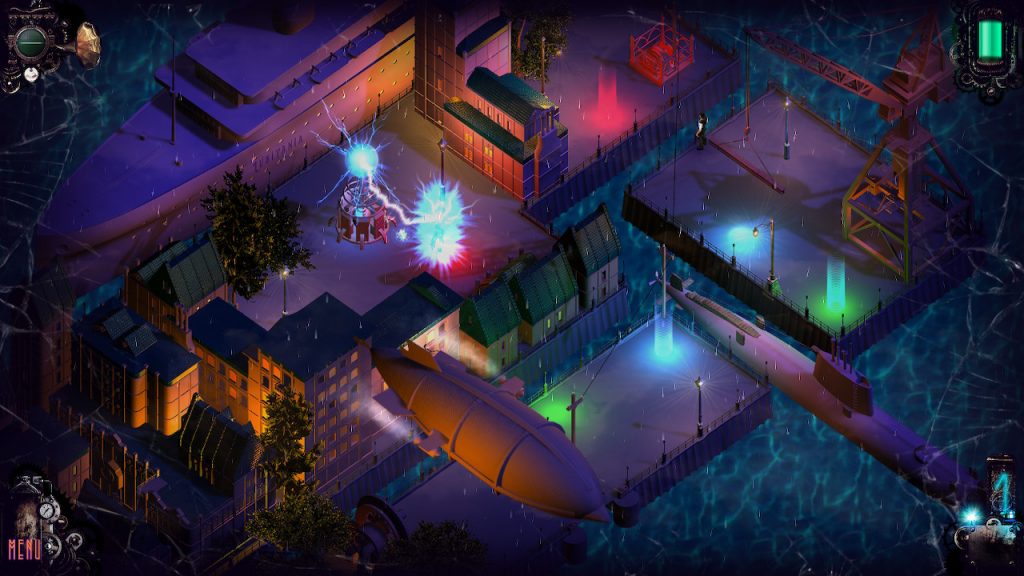 The music composition and the tunes do blend well with the setting of the game. The original music scores are from Silver Rocket. Other then the music, the game narration is quite interesting as it voiced by the famous Bruce Glover which is known for Diamonds Are Forever and Chinatown. However, for those who play this game without sound will still be able to play the game just without the actual feel to the game. 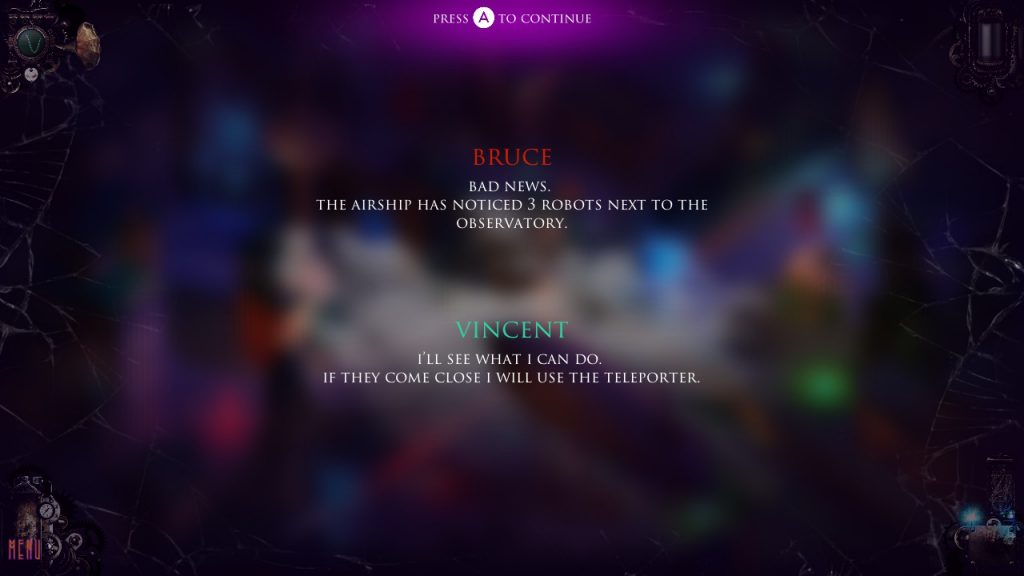 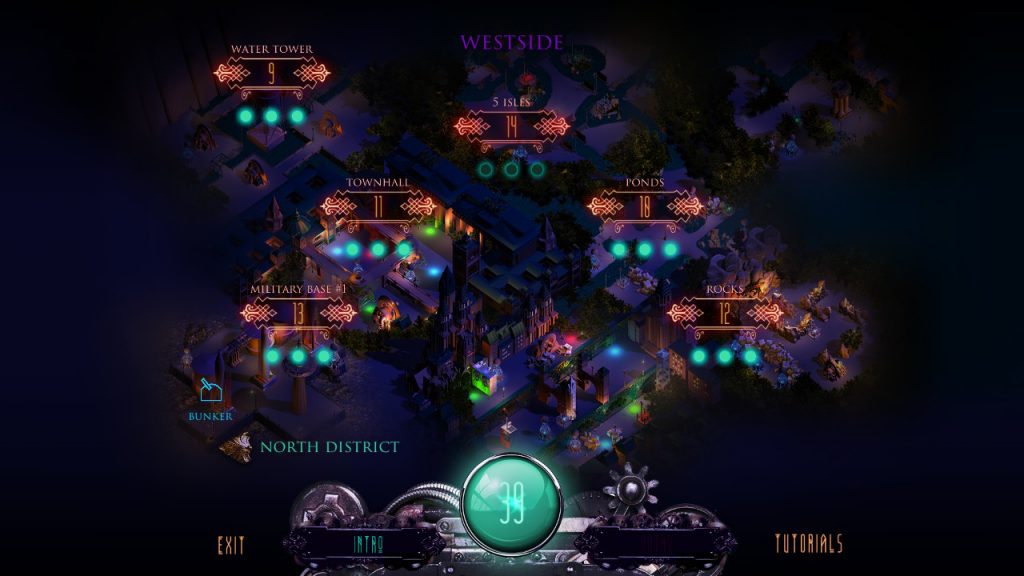 Steamburg has its own unique style of puzzle solving rather than just be a straight forward puzzle game. The narrative of the game is compelling enough to encourage players to continue experiencing the adventure until the end with their own distinctive way of storytelling throughout the game. This will encourage the players to empathize and connect to what Vincent is going through. Hardcore fans of adventure puzzlers or steampunk stories will most likely enjoy it, but it won’t be to everyone’s tastes because some might not appeal towards this kind of slow paced kind of game. As a conclusion, this is definitely a good puzzle game but looking into the price of the game which currently priced at USD 4.99 (approximately MYR 21) on the eShop will drive away someone from purchasing it unless if there is a good bargain available in the future.