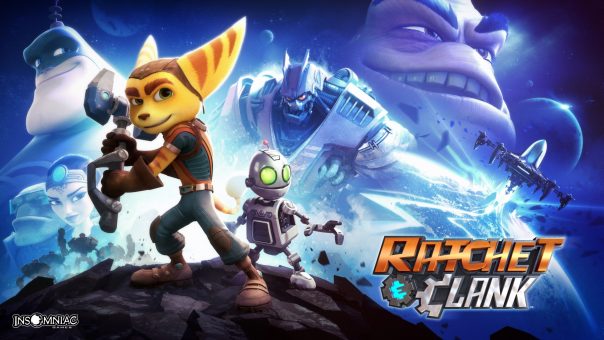 It has been years since our original furry Lombax arrived on our PS2 console. After 14 years, the original creators and developers of the game, Insomniac Games brings this iconic franchise to the PS4. Will this remake make it mark on the PS4 and proof its worth of being on your PS4 gamelist? Let’s find out.

Story
Those who played the original Ratchet & Clank will know the story by now but Insomniac Games manage to make the story a little fresh by telling it from the perspective of our good old friend Captain Qwark. Not only has the story been changed, it also has establish Galactic Rangers as core protectors of the Galaxy with new rangers introduced instead of robots in the old series. After a while you start to see the good and bad of how the story unfolds in this version of R&C compared to the original. 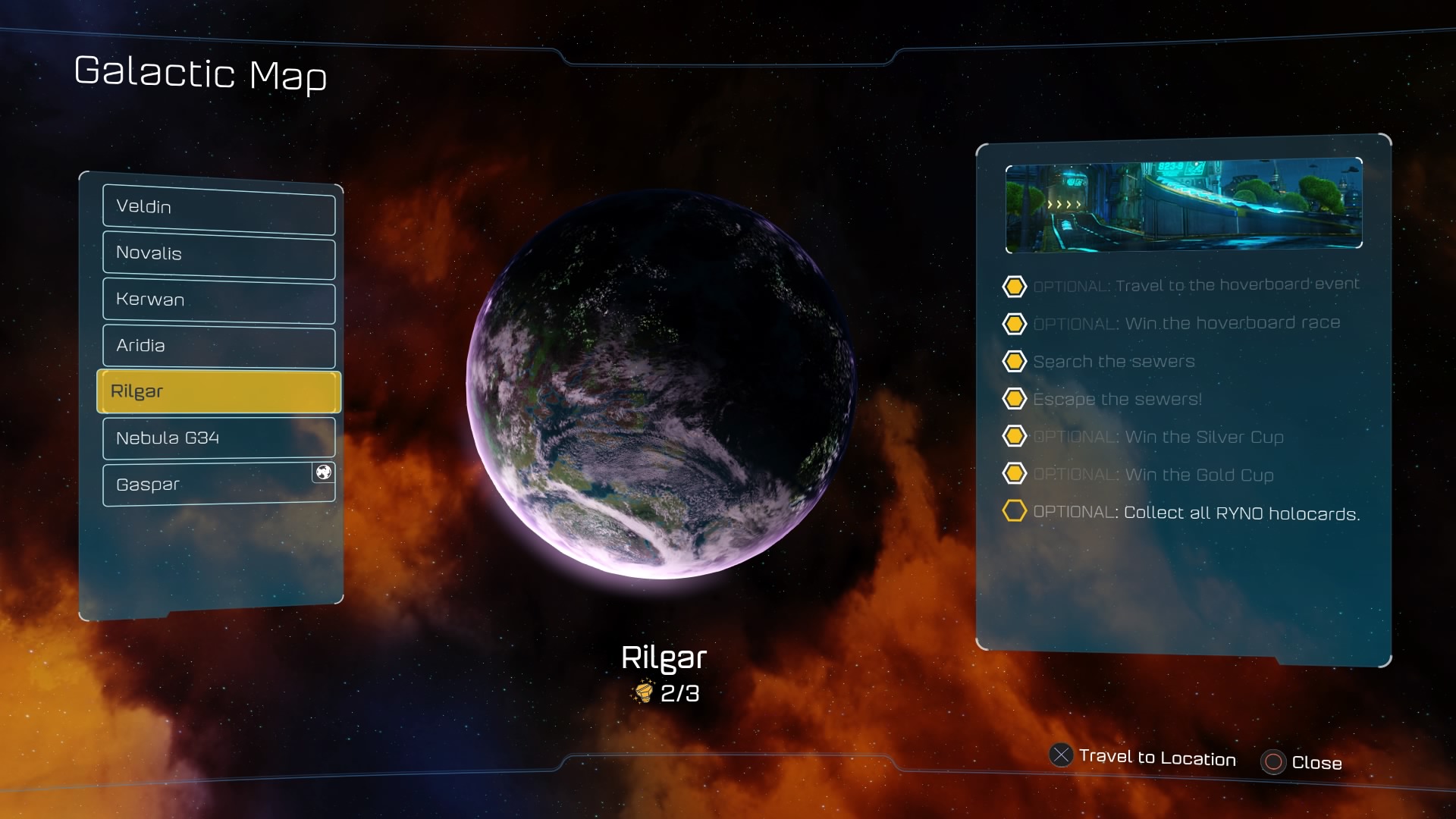 Remaking a story is never an easy task, (proven by the amount of Spiderman, Batman, Superman, etc remakes) so well the story might still be the same, the jokes in this games pokes fun on how this game is a remake and what so. Since this story is told from Captain Qwark’s perspective, he also throws some funny situations and quips which hit the mark most of the time. Even the original Plumber pokes fun on seeing Ratchet in the next reboot 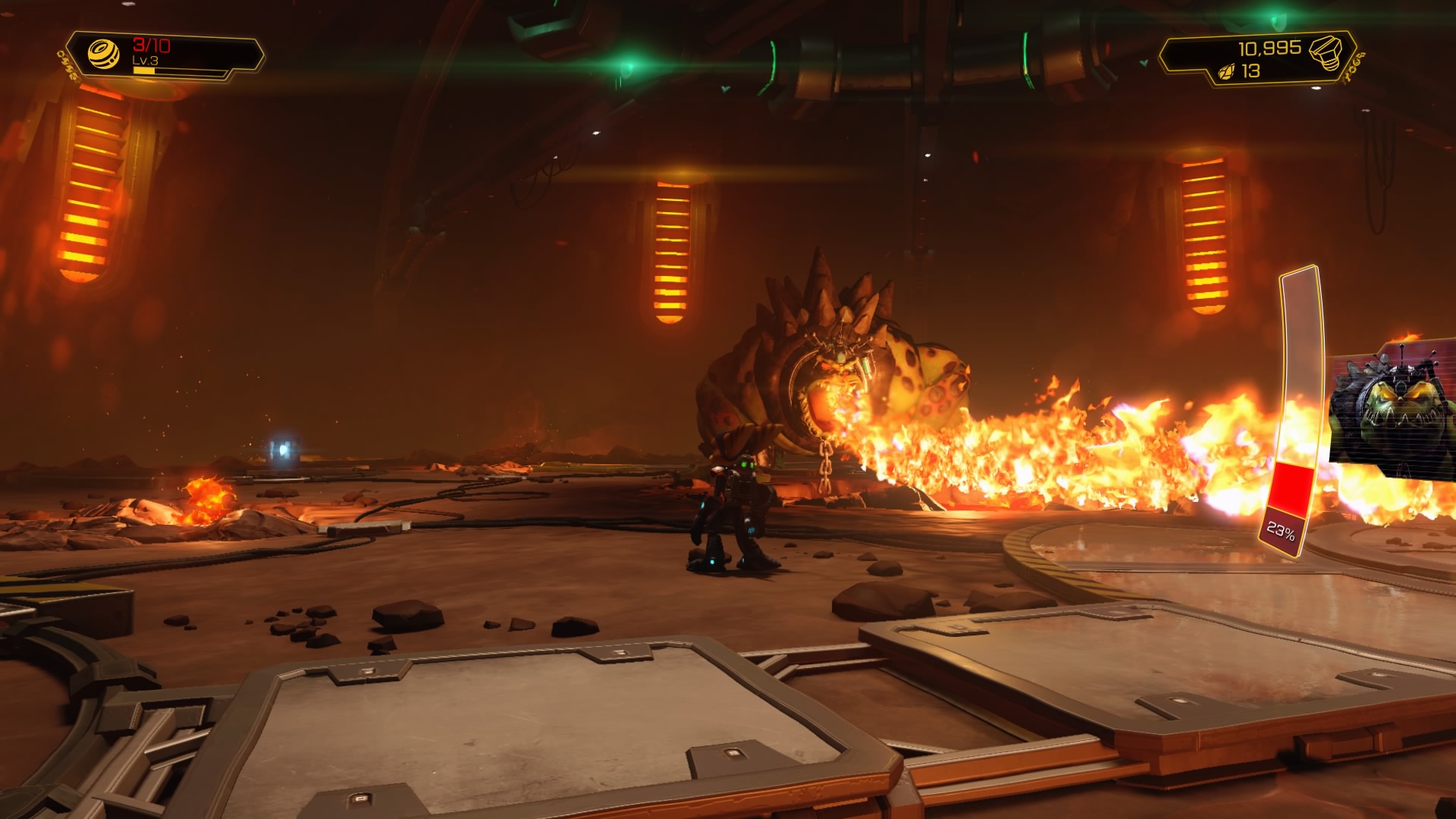 One of the boss fights you will encounter

Where the story falls short is the relationship between our duos. Compared to the original version, the partnership felt weak because there was not enough situation and story that flesh out their relationship. One might argue that because this story is told from Captain Qwark’s perspective, and he didn’t know the specifics but this somehow made the reason why Ratchet and Clank work together feel weak.

Overall the additional Galactic Rangers made the story feel fresh and even though I feel that Insomniac Games miss out on ironing out Ratchet and Clank’s relationship. I only hope they kept it future use.

Graphics/Audio
Insomniac Games did a spectacular job in both the video and audio in this game. Some cut scenes are pre rendered because it came directly from the movie but the ones using native Playstation 4 processing, like Ratchet’s Fur and lightning are spectacular to behold. 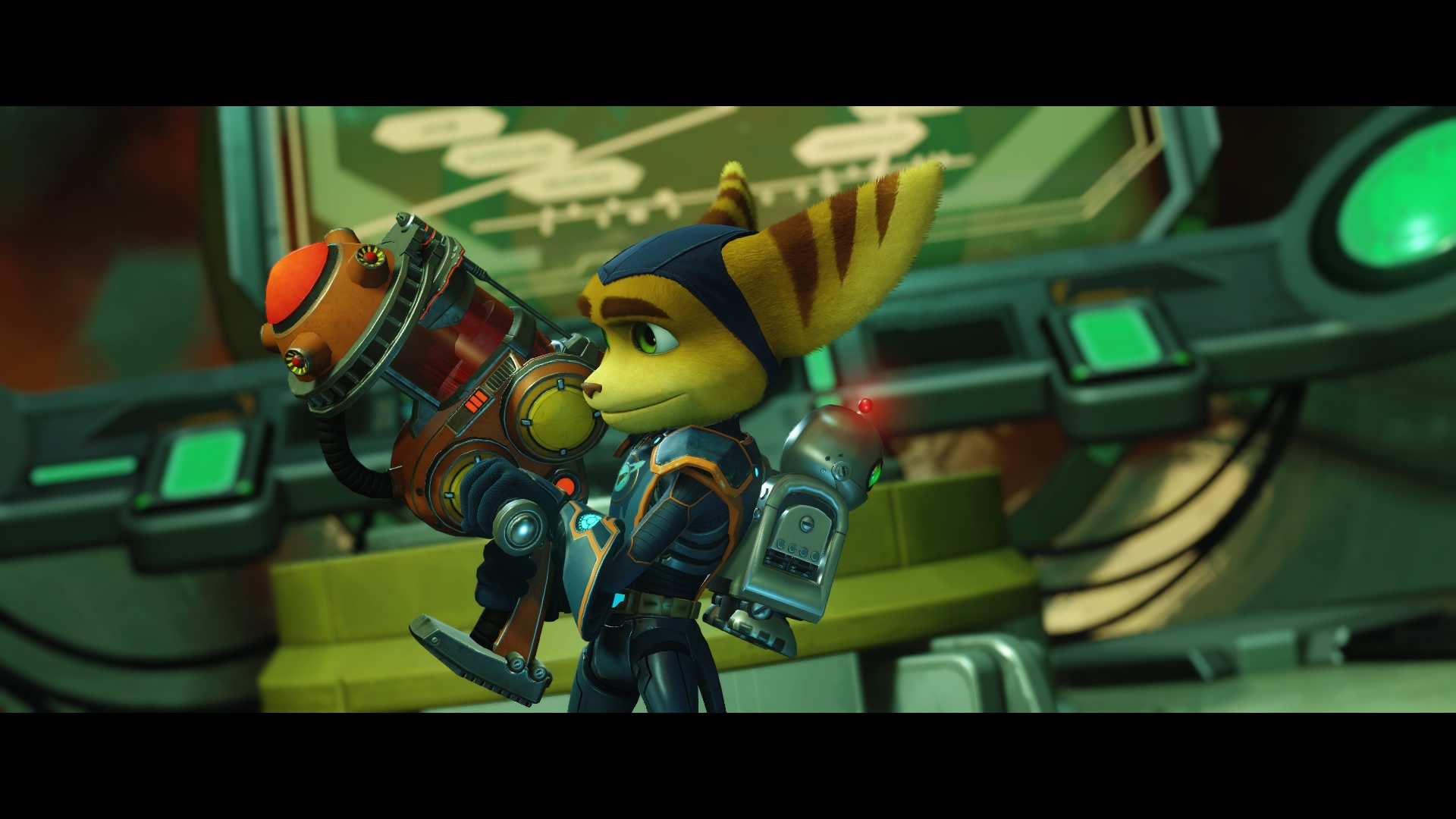 Ratchet looks all geared up to test his new toy

The number of particles from bolts and guns are a sight to behold on the Plastation 4. Environment textures also look great with a nice comical feel to them and vibrant colors.

The audio in this game is also excellent with the sound effect of each weapon and gadgets feel unique. The only issue I had was sometimes the speech had a weird echo effect which might be a bug in some areas coming out from a tunnel.

Overall, Insomniac Games did a good job updating this series to the Playstation 4. It is very obvious that they remade the game on a whole new graphical engine and it shows.

Gameplay
Now to the most important part of this game and this game ever more as this is what makes or break this game since it is a remake on a new console generation.

Without any doubt, Insomniac Games delivered on this end. With a totally overhaul gameplay it makes this game feels alive. Gone are those locking on target strafing. You are now in third person mode with a little aim assist. Simple aim and shoot from using the L2 and R2 buttons make it seem familiar with other games todays. Movement and jumping feels smooth and responsive and you need that if you’re gonna dodge hail of bullets if you are playing on hard mode. 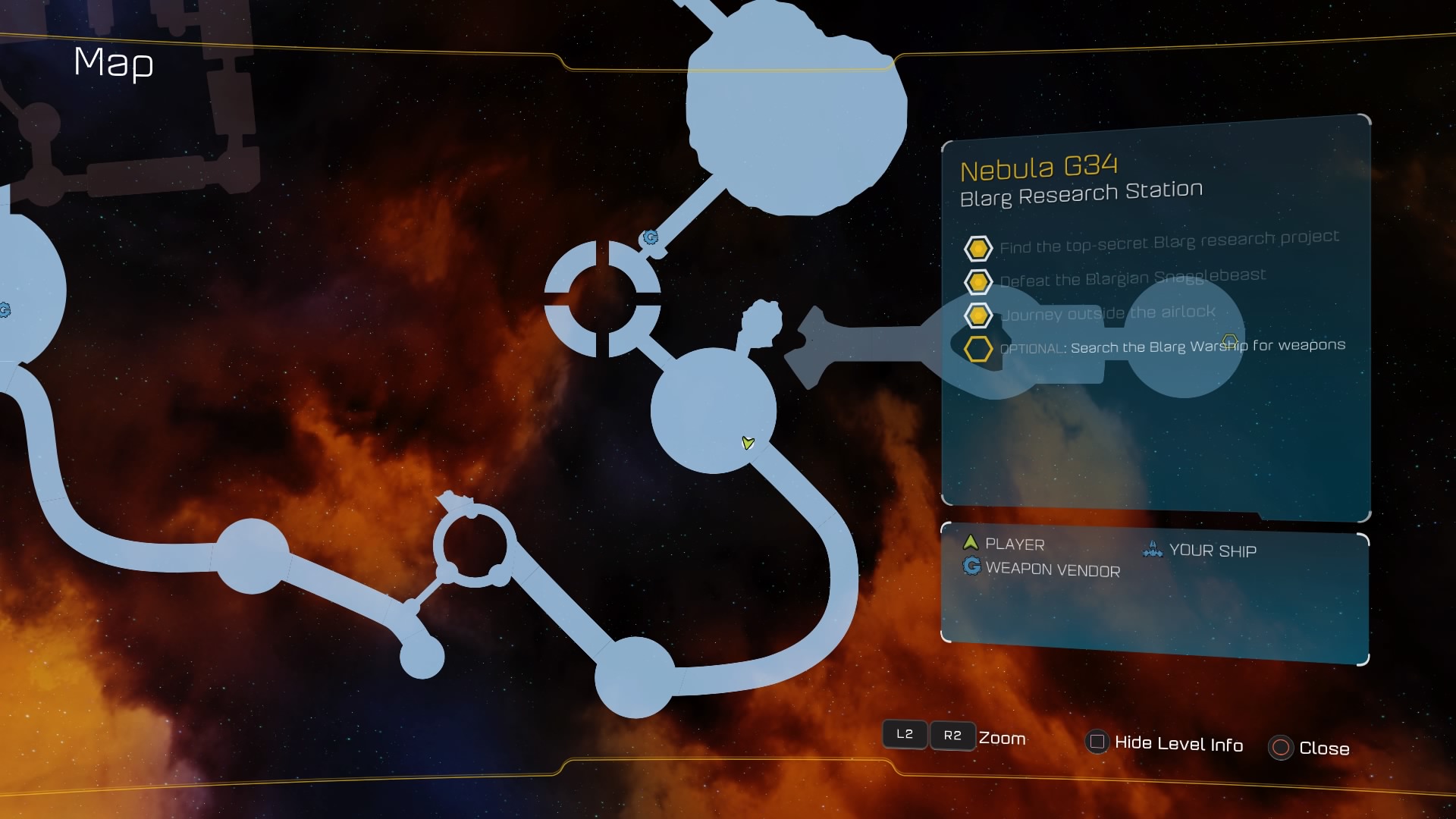 The map gives a nice Layout and checklist of things to do.

Speaking about hard mode, this game allows 3 levels of difficulty from casual, normal too hard. Each difficulty only makes the enemy move and shoots faster while not taking away anything else from the game. It is just there to give you a choice between playing a fun game, or changing it to a challenging game anytime using the option menu. Page 1 of your arsenal… Yes there is another page

Now to the meat and gear of all Ratchet and Clank games, the arsenal which I must say is quite impressive. There is a mix of old favorites and new stuff like the Pixelizer and Proton Drum with old guns like Mr. Zurkon from other Ratchet and Clank series. Each weapons also levels as you use them and also can be upgrade using raritanium which you can collect from enemies. Every level up or weapon upgrade makes the weapon feels more powerful and different which might change how you would use the weapon against your enemy as you play. It feels satisfying to level and upgrade your weapons and also in a way forces you to try other weapons to see what you unlock instead of just sticking to one. 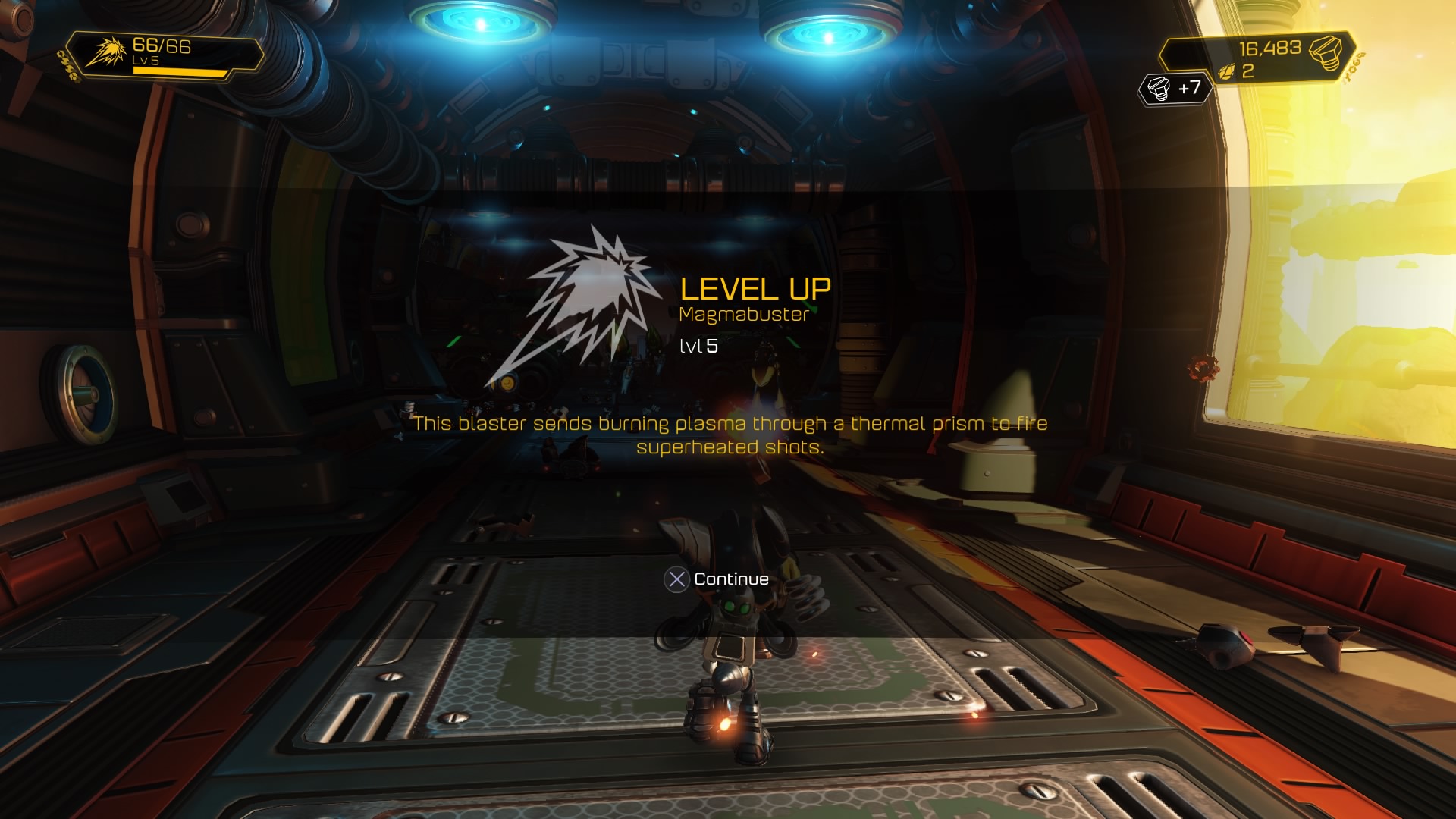 Weapons level up as you used them. Leveling increases the firepower and sometimes change how your weapon behaves

There are some mini games and sections which are quite cool like driving the spaceship, racing on hoverboards and Clank puzzle segments. These sections are placed purposefully and somehow give you a break from the constant third person shooting so that the gameplay does not feel repetitive. Beside these activities there are also collectibles like Holocards and Golden Bolts which unlocks bonuses like increase drop rates to appearance mods like costumes and ship color decals. 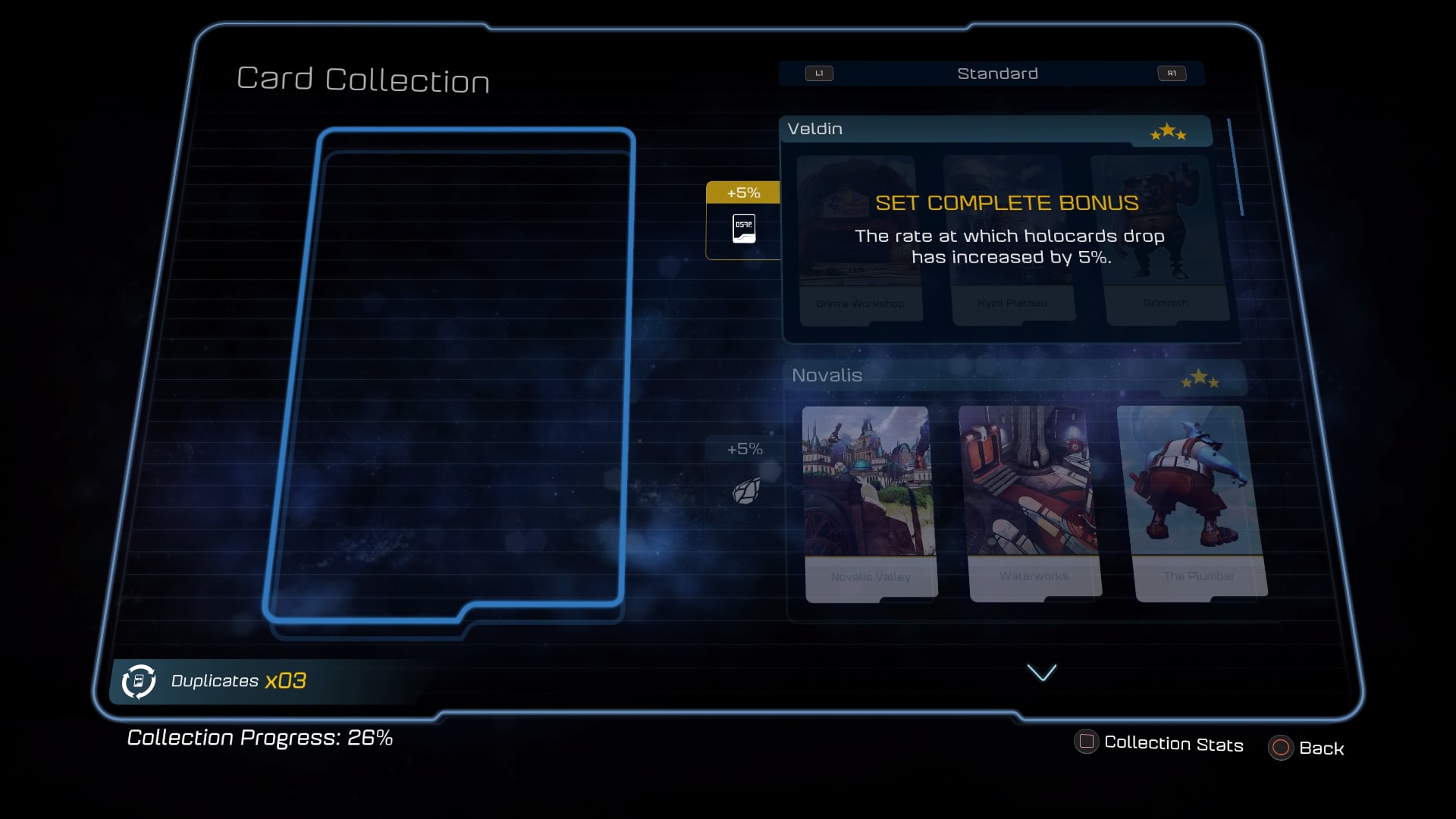 Holocard collecting comes with its own perk

Just when you think the game is over after ending credits, you are given a new game mode called Challenge Mode which is actually a New Game Plus which brings forward everything you earn from the previous game. This mode also has a slight increase in difficulty but it does not feel that ways since by the time you unlock this mode, you have sufficient life and weapons upgrades to sail through it. But that’s not all; you also are able to unlock Omega variants for all your weapons if you manage to collect all the needed holocards which means more weapon level and weapon upgrades. This makes the challenge mode feel rewarding instead of just playing the game again on a higher difficulty. Don’t forget to collect your golden bolt, scattered across the galaxy

Conclusion
It is great to see an old game getting a nice and full remake for this console generation that was not a simply remaster. I am also happy to report that this game unlike most remake or remaster, is great to play even if you played the Playstation 2 version. To put it in simple words, this game will be one of the classics (as it was on the Playstation 2) and also one of the best games to currently own if you own a Playstation 4. Cons
-Insufficient character development in their relationship and bonding.

Final Notes (TL:DR)
Don’t get me wrong, this is one of the top 10 games you should have if you have a PS4. Just go out and buy it already. The only reason it is not getting a full mark is because of some character development nitpickings and though it is nice to see Ratchet and Clank in all 1080p resolution, the game didn’t push much in terms of graphics.