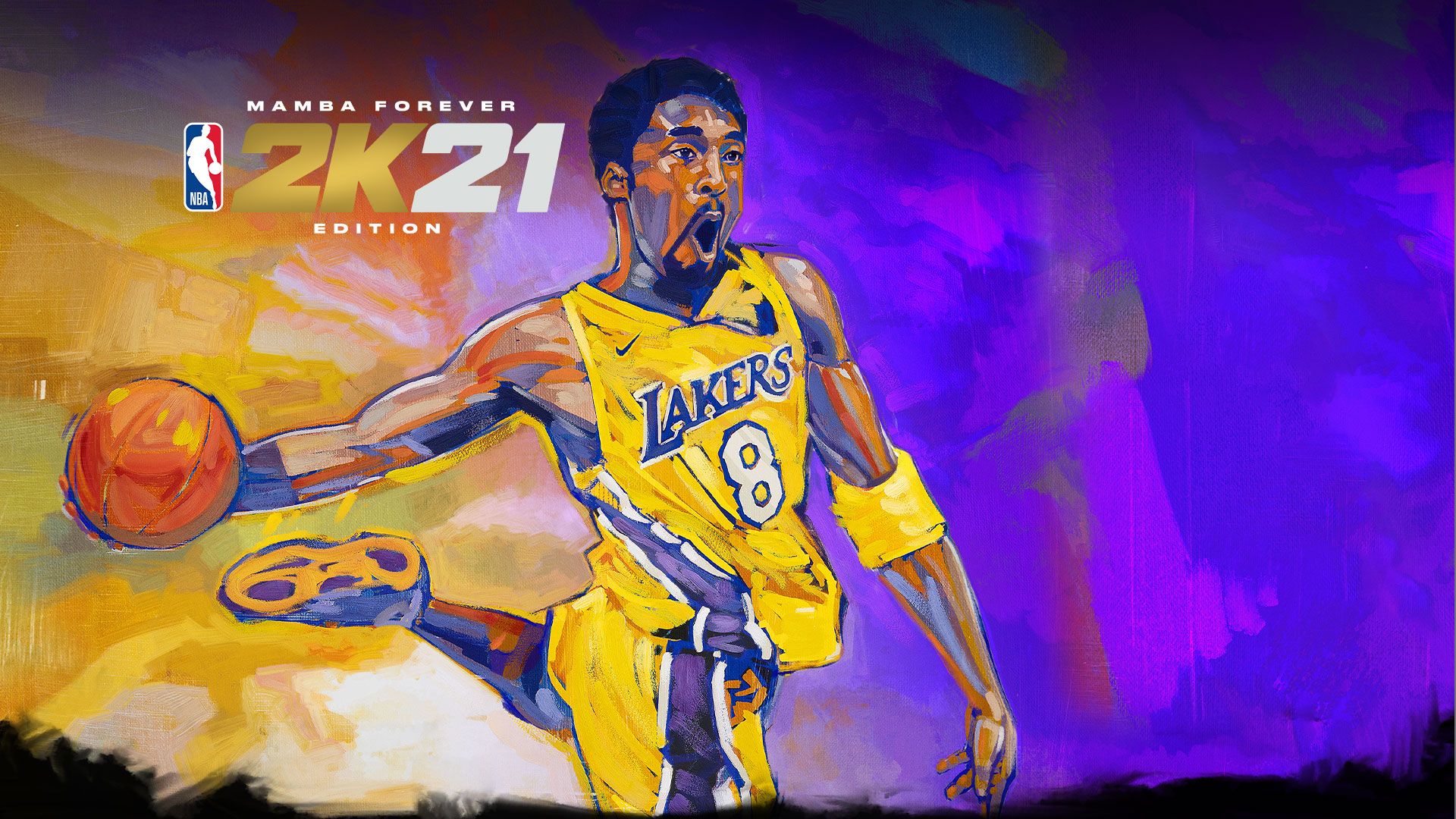 NBA 2K21 Review – Another Numbered Series In Yet Another Year

There used to be a time where gamers are more lenient in their expectations on numbered series games. Understandably so, back then we knew about the limitations in (the game’s development) technology, and how budget constraints were a norm in the game making industry. But although shackled by the two biggest obstacles in the game making reality, titles back then often delivered well. They were wrapped in creativity and offered a solid sense of continuity from their previous installations.

Armed with 21 years of experience in the industry, one would expect the team, or perhaps the stakeholders behind the NBA 2K series to be braver with this year’s 2K21 title. They are, after all, the biggest Basketball game maker on the planet. With Packs (Gacha) and Microtransactions in place, the NBA 2K series is both Basketball and a Casino combined. This formula has seemed to work well commercially for 2K, generating so many years of success in sales and sponsorship.

But the question that so many people have asked this year, myself included, is why is NBA 2K21 so eerily identical to 2K20? “The game is literally a copy and paste from 2K20,” said a colleague of mine. I don’t completely agree but I’m not far from embracing it either.

To put things into perspective on the most notable changes I observed in this year’s NBA 2K;

The new UI looks cleaner this year and I liked it very much. It all seems less complicated now than the past, and everything we need to find is easily accessible at the bottom menu. New soundtracks are a given every year, but I especially enjoy this year’s more dynamic playlist, though this can be subjective to individual taste.

MyCareer’s storyline this year covers the journey of an aspiring professional Basketball player, how he hustles from high school up to college, before being drafted into the prestigious NBA. The story settles well and the actors were convincing. The only qualms I have is it has to end. The story stops right after the player makes it to the NBA, I thought it would be nice for the story to at least accompany the character through the rookie year.

Character progression is still done by spending Virtual Coin (VC) and upgrading of badges. As a Mamba Forever Edition owner, I started with a 100k VC bonus. And, if I wanted to, this amount is more than enough to level up my character up to 80-85 OVR (depending on build) before I even make it into the NBA. But I opted to use the coins on Packs on MyTeam mode instead.

With a 60 OVR new character, playing through the story mode was fun but only up until I reached the NBA. As a low-rank player, you’d strive to make an impact on the court to earn more game time. More minutes equals more potential rewards but the rewards are hardly worth it. Whatever coins you earned, ends up getting invested in your character building. But since earning is slow, the only treat that awaits non-microtransaction players is a monotone grind fest that never seems to end, at least until 2K22 comes out.

Reaching the NBA in MyCareer also unlocks Neighbourhood. A mode where you can hang out with other players and play 3v3 or 5v5 in a visually attractive setup. This is one of the most popular attractions in MyCareer, except almost everyone in there are players with at least 85 OVR and above. So again, if you are not one who pays for upgrades, you’re most likely a liability to your teammates. Grinding your way to competitiveness remains an option, albeit a time consuming one with little incentives.

MyTeam this year is more or less the same as the years before except the difficulties are now harder, and the addition of a new seasonal Level and Reward system.

I was slapped by a huge culture shock when I started my first game. In fact, not just the first game. I was shocked throughout my first 4 games because I lost all of them and in the most undesirable fashion as well. The new shooting mechanics plus the upgraded AIs blew me out of every game until I could finally turn things around in game 5. To this day, I still cannot comfortably complete a 3-stars Domination game against a team at Hall of Fame difficulty. It was tough at first, but I find myself really enjoying it – not the new shooting mechanics! But the new difficulty.

The new Seasonal Reward and Level system allow the player to accumulate exp by completing tasks from a list. Earn enough exp here to level up and receive a reward for every level you gained. Upon certain thresholds, a mini-game will unlock, offering a chance for more prestigious rewards. The tasks involved can be as general as Winning a Triple Threat Offline game, or Dunk 3 times with any players in a Domination game or as specific as use Anthony Davis to Block 3 times, or win a game with a team of at least 3 20′ 76ers players. Other than this, MyTeam is mostly identical to 2K20.

While it is possible to grind in MyTeam to rake enough MT Coins for Packs or for trade via the Auction House, I am still displeased with how much the entire mode seems to revolve around microtransactions. The amount of time it would require for a player to grind the game normally to just save enough to get enough packs for a chance at higher tier players is just insane. X10 and X20 packs remain only purchasable with VC, instead of the MT Coins that you’d earn in MyTeam. So, if you want to get the X10 or X20 packs to improve your RNG, chances you’d either need to grind for VC in other modes or buy it with cash. However, these packs are only available for a limited time. This is why the whole “You can still grind for it dude” notion just seemed to me like an open taunt from the developer to get the players to pay for coins.

Players who pay in this game will almost always have an advantage over those who don’t. Of course, one may still argue that “skill counts” but it only does as long as you meet those who are overwhelmingly worse than you, albeit richer or more willing to spend. I felt tempted to spend too, to see how much of an advantage I’d gain and how much time I’d save compared to grinding my way to paradise. I decided against it, knowing full well the game’s lifespan is only up until the next NBA 2K game releases, which is next year.

But as annoying as microtransaction is, it’s nothing compared to the bigger controversy that came with the game on launch day – New Shooting Mechanics. This year’s NBA 2K launched with a new shot meter that is near impossible to master, and they decided to do it without any explanation or provide any tutorials in-game. Players are expected to just accept it with open arms. Wide-open 3’s were missing left and right for reasons only the developer knows. Layups are also metered and saw players screaming at their screen for illogical misses. Suddenly, all the guards are useless in shooting 3’s and sometimes even 2’s. “Be patient” one of the dev said on his twitter, drawing the ire of many. Players on online games were camping in the paint, leaving the perimeter unattended, because they can afford to, knowing you’d definitely miss the 3 point shot. I’ve not touched any online matches after my first 3 attempts.

The shooting experience has since improved since 2K pushed forward a hotfix. A much-welcomed move, but the injury is done. Some players took it up a notch by reviewing bombing the game on Google, Steam, and Metacritic.

All ik is 2K21 on next gen better be better than this garbage pic.twitter.com/1Hq6yrXsYZ

Can you imagine how frustrating this is?

Other than the initial hiccups in shooting and layups, the game plays pretty much the same as last year. Right Stick dribbling is noticeably smoother now, making it easier to dish moves that would break your opponent’s ankle. AI’s positioning during rebounds is still as dumb as last year’s and coaches’ timeout calls are still weird and untimely.

MyGM and MyLeague aren’t even worth talking about this year because they are the exact same replica as 2K20. But if you already enjoyed last year’s League and GM, then you’d definitely enjoy this one too.

For a game that also launches on Next-Gen consoles, it’s hard to fathom why 2K21 is so unremarkable. If anything, 2K20 looked the better and more solid NBA game. The so-called changes or addition in 2K21 could have just been added-on to 2K20 as an ambitious expansion, it would have earned more respect from the community rather than what it is now, an expansion quality game charged at full price that still orbits around microtransactions.

NBA 2K21 is still the best Basketball game on the planet but only because it has no competitors and the closest one to challenge it is, ironically, its more handsome twin, NBA 2K20. For those coming to 2K21 expecting a better experience than 2K20, I am not confident they would find one. The game has devolved from Basketball to a new sport called “DEFEND THE PAINT WITH EXPENSIVE PLAYERS”. However, gameplay experiences are like food and music – they are very subjective. Some may like it, some don’t. As for me, I want to like it, but for now, I still don’t.

First reveal of the all new features in NBA 2K22