What is this game?

Nopeee, you are not the hero in this game. Instead, you are the principal who manages an Academy for heroes in training. Manage the school, nurture and train your students, then send them out to do whatever it is the game asks you to do! Among the unique points of this game is, it blends tactical RPG adventures, deep facility-building simulation and satisfying combat and loot mechanics – Valthirian Arc: Hero School Story brings together a fusion of genres for a whole new experience!

The students you manage can be trained for different classes, the list of classes;

Gameplay Features!
This is why we think this game is gonna be great.

Experienced Developer
Overall this game looked fun and engaging, and this didn’t come as a surprise considering that ‘Hero School Story’ isn’t Agate Studio’s first game of this sort, in fact, this is the third Valthirian Arc game in-line. The first instalment was launched for the Mobile Platform back in 2010, followed by a Mobile and PC launch for the second instalment in 2013. The Valthirian Arc: Hero School Story marks Agate Studio’s first step into the console market and the game premiered for the first time for hands-on experience at the recently held PlayStation Experience South East Asia at Bangkok. Though whether or not their experience in game-making thus far will count towards their success for the console side of the gaming world remains to be seen.

Just one tiny bit of worry.

The game developer Agate Studio and publisher Pqube has announced a September 28 launch date for PS4 Europe, and October 2 for the worldwide launch on other regions and platforms. Switch users probably won’t notice the worry here, but PS4 and PC players who have been marking their calendars counting towards heavyweight title releases like the ones listed below will probably put any interest in Valthirian Arc on hold. I highlighted in blue for games that are close to VA’s release date.

I listed until November just to show what a “Battle Royale” this year end is! All in all, we’d still look forward to playing this game and see what they have in store for us! Despite the busy gaming schedule like the above-listed, we’d still work on a Valthirian Arc: Hero School Story review when the game launches, that is a promise. 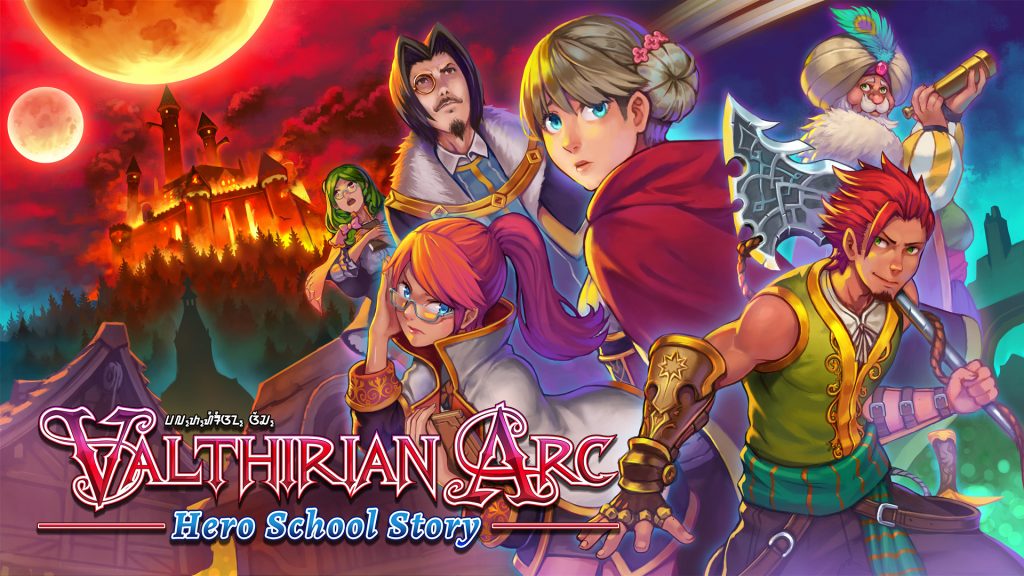 Valthirian Arc: Hero School Story is coming to the PlayStation 4, Switch, and PC. The PS4 EU version will launch on September 28, 2018, followed by October 2, 2018, for the worldwide launch for the other PS4 Regions, Switch and PC.