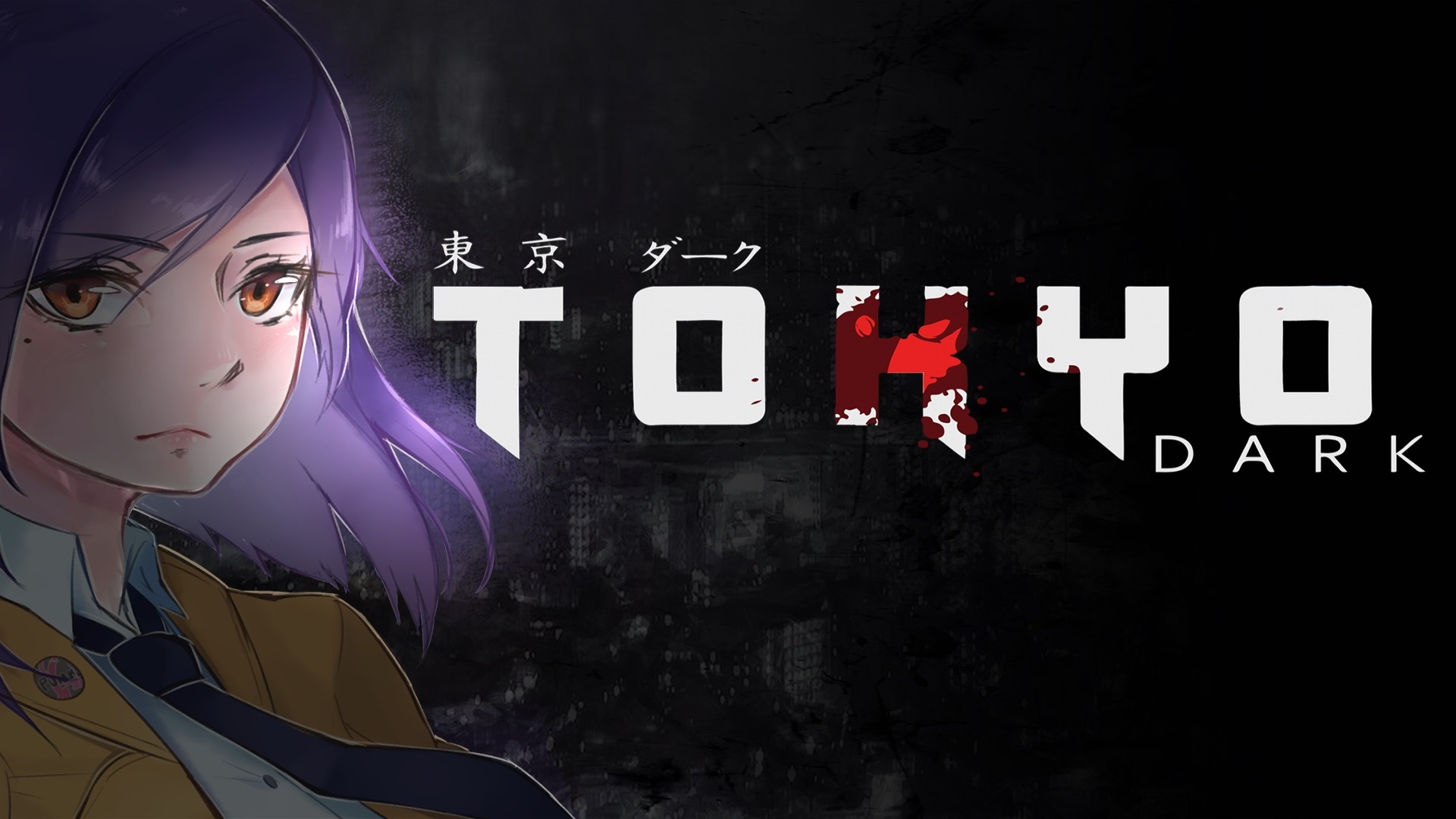 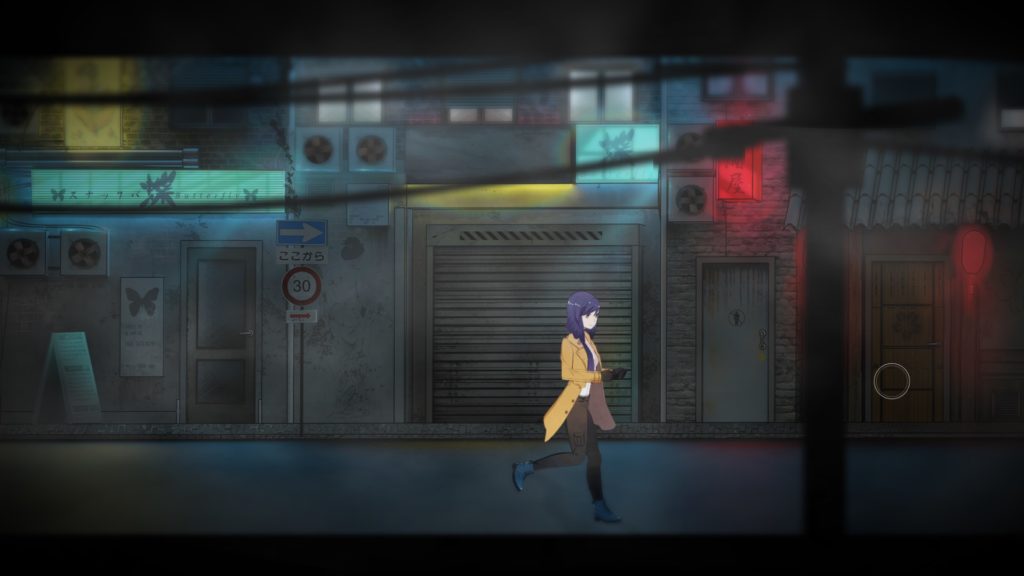 The plot thickens with the release of -Remembrance-, which developers Cherrymochi and mebius. have rebuilt entirely in a new engine. Colorful animated sequences by Breath of the Wild, Xenoblade Chronicles X, and Hellsing Ultimate animation studio Graphinica bring to life the dark horror scenery of a crime-riddled Tokyo. Additional content and more endings for the branching narrative round out this ultimate edition of Tokyo Dark. 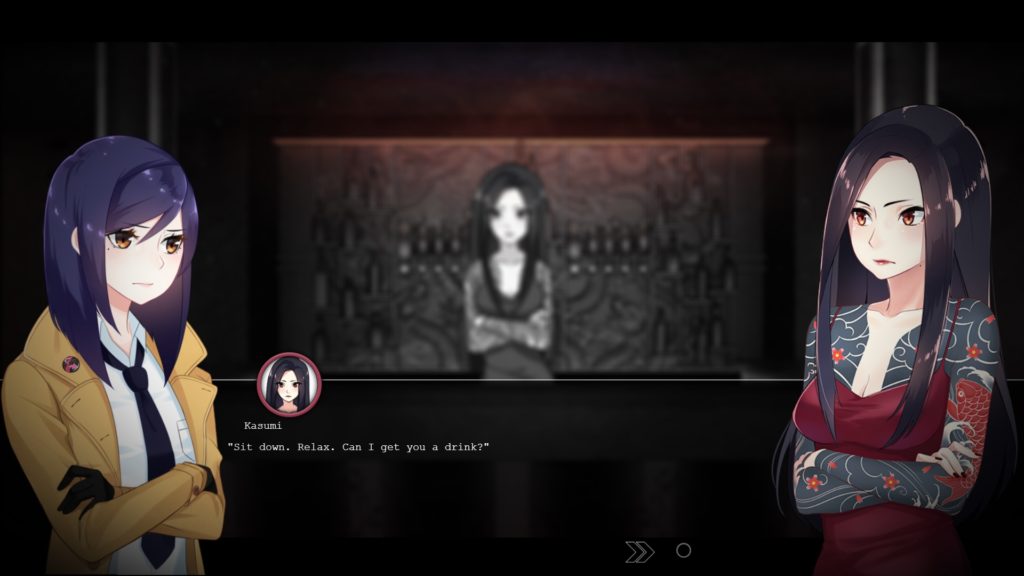 The disappearance of Detective Ito Ayami’s partner isn’t the only unsettling occurrence plaguing Japan’s capital city. Strange symbols and a mysterious masked figure have popped up all over its many districts. Ito must delve into the city’s seedy underbelly to uncover the truth behind the supernatural occurrences and find her friend before it is too late. 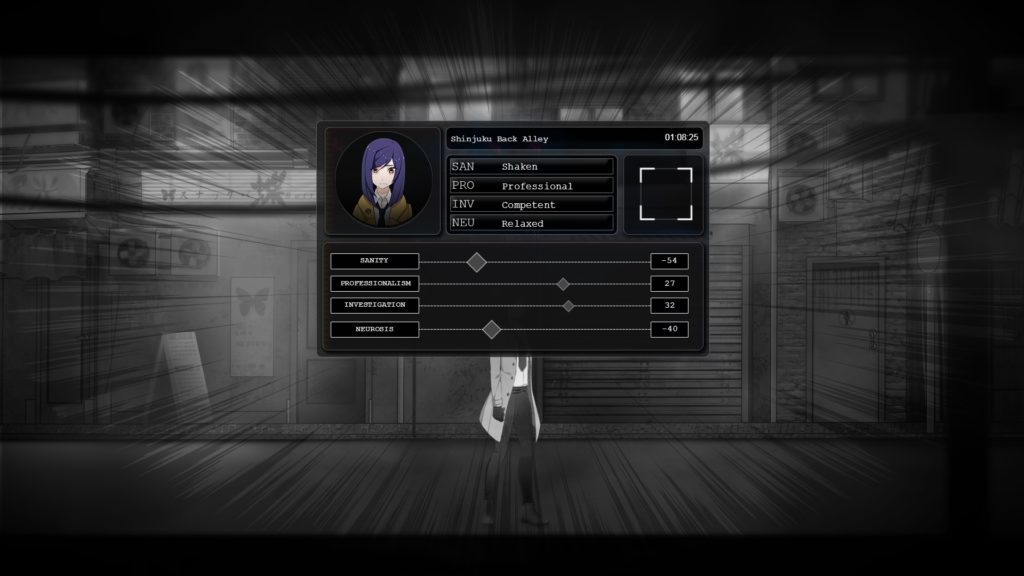 Ito’s actions and decisions are tracked by the S.P.I.N (Sanity, Professionalism, Investigation, Neurosis) system, which affects character interactions and available story paths. Playing by the rules might keep her in good standing with her fellow police officers and open up favors to aid the investigation, while often resorting to violence could irreparably turn citizens against her, closing paths further down the line.

Tokyo Dark -Remembrance– is available now on PS Store for USD 19.99/ MYR 73. It is also available on on Nintendo eShop for Switch and PC via Steam. English and German are supported in text only, with voice acting also available in Japanese.

Facebook
Twitter
WhatsApp
ReddIt
Tumblr
Telegram
LINE
Previous articleRazer nabs yet another award at CES 2020
Next articleSeek out a heart for a cyborg in Seek Hearts for the Nintendo Switch!

Arcade Love: Plus Pengo! Trailer drops for the Switch

Mebius, publisher of the game alongside the developers Triangle Service, has released the Switch debut trailer of Arcade Love: Plus Pengo!https://www.youtube.com/watch?v=6b7pelQmZDMBring the arcade...
Read more
News

The hit Japanese bullet hell shmup lands on the Nintendo Switch this June with a physical edition coming late 2019.

The Game developer and publisher, mebius. is excited to announce that the hit side-scrolling bullet hell shmup, Rolling Gunner will be available at Nintendo...
Read more