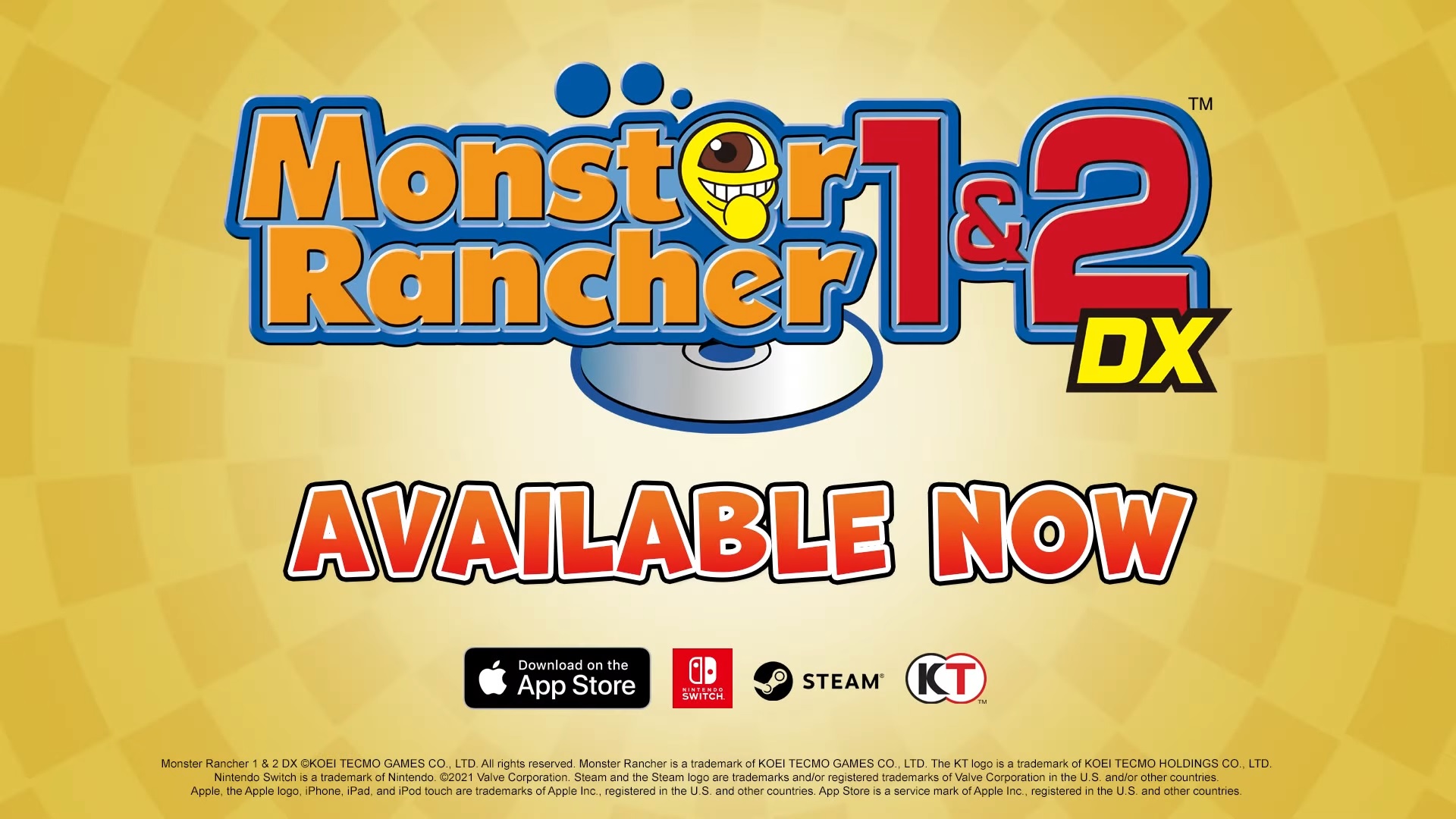 KOEI TECMO Europe is excited to announced the long-awaited release of Monster Rancher 1 & 2 DX, launching digitally now on the Nintendo Switch, Windows PC via Steam, and iOS devices. A launch trailer was also released to celebrate the return of the series, with a special message from the Monster Rancher series Executive Producer, Kazumi Fujita.

In celebration of the series 25th anniversary, Monster Rancher 1 & 2 DX bundles together the fan-favourite Monster Rancher 1 (1997) and Monster Rancher 2 (1999) and brings them to modern hardware for the first time. The beloved titles allow players to birth monsters from their favourite music, using an online database to choose the album they desire, with each album birthing its own monster. Players will then raise their monsters and train them to compete against other eccentric creatures in combat and tournaments – each with their own attributes and abilities – allowing players to find the perfect companion to secure their victory!

Monster Rancher 1 & 2 DX features the complete versions of both games, with the inclusion of content that never originally appeared in the original Western launch, such as additional save slots, Freeze slots, Monster Hall of Fame slots, and 27 additional monsters. The new release adds further new content to make the titles even more enjoyable, including Training Records to help with raising monsters, rankings for random battles, and a Fast Forward mode to speed up the gameplay.

In addition, players will be able to show off their monster raising abilities post-launch in the Monster Koushien World Battle, a special tournament that will allow fans of the series to discover who is the number one player in the world. Originally a Japanese only tournament, this tournament will mark the first world tournament for the series with players able to upload their save data to the game servers from anywhere in the world to see whose monster reigns supreme.