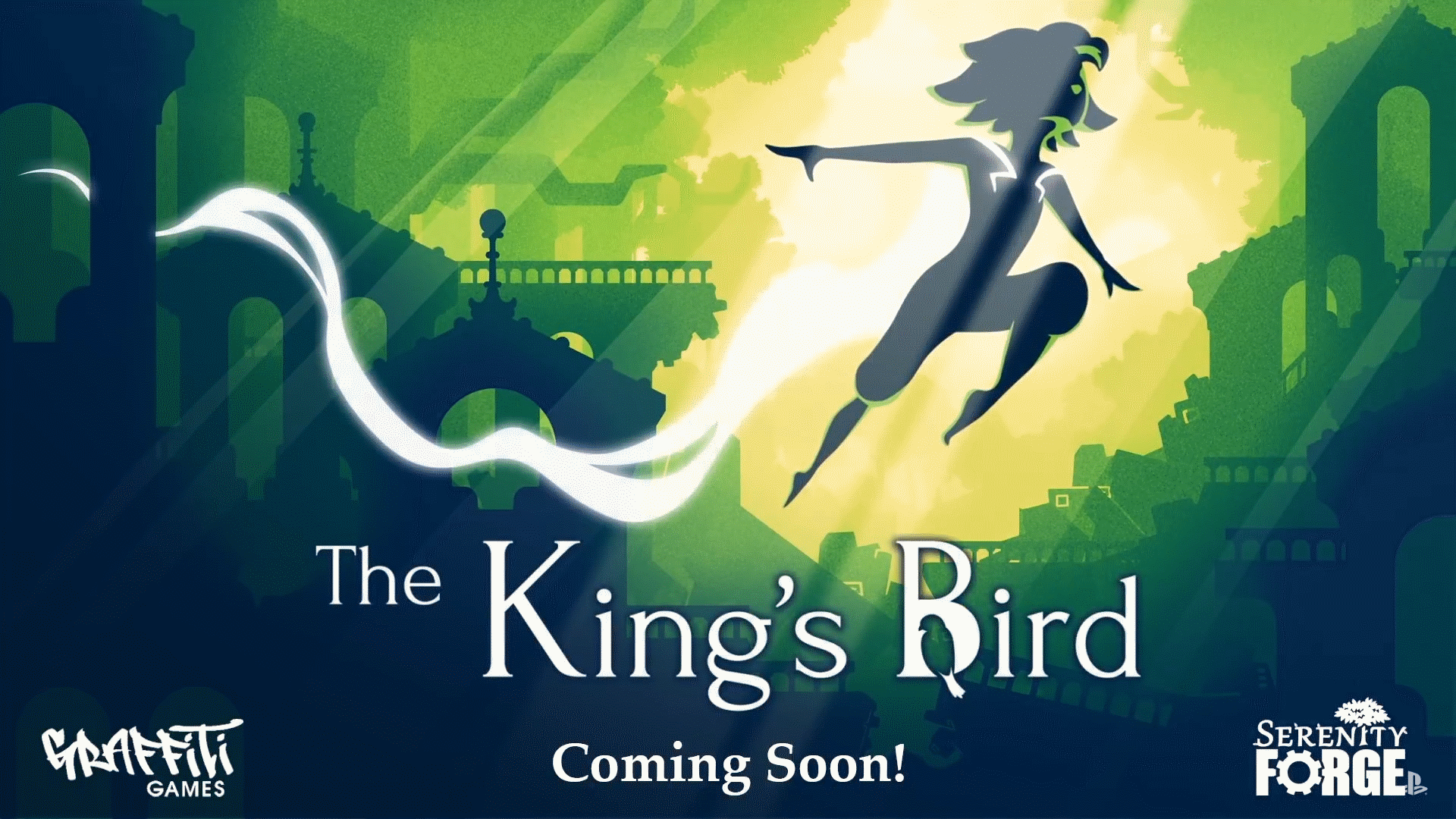 Remember when we mentioned that The King’s Bird was coming? Now that the platformer heads to console on February 12, console gamers can soon take to the skies to enjoy their turn with the award-winning The King’s Bird from Serenity Forge and publisher Graffiti Games.

The King’s Bird is a momentum-driven, precision-platforming game that has players use aerial movements to seamlessly dash, glide and flow, with precision and grace, through a mysterious world.

Discover how to master flight in The King’s Bird gorgeous world with this new console trailer:

About The King’s Bird

Set in a cryptic world kept secret by a tyrant, The King’s Bird has players use a unique momentum-based flying mechanic to run, jump, and fly past challenges as they make their way through forgotten lost kingdoms. Only after mastering the world of flight can players discover the truth about their freedom.

“We had an overwhelming reception to the launch of the PC version last year and we think The King’s Bird will resonate even more with console gamers,” said Kevin Zhang, Producer at Serenity Forge. “The game’s precision movements pairs perfectly with any controller and its vibrant art shines on a large TV.”

Roll Your Way Into Their Heart With Date Night Bowling, Out Now On PC & Switch