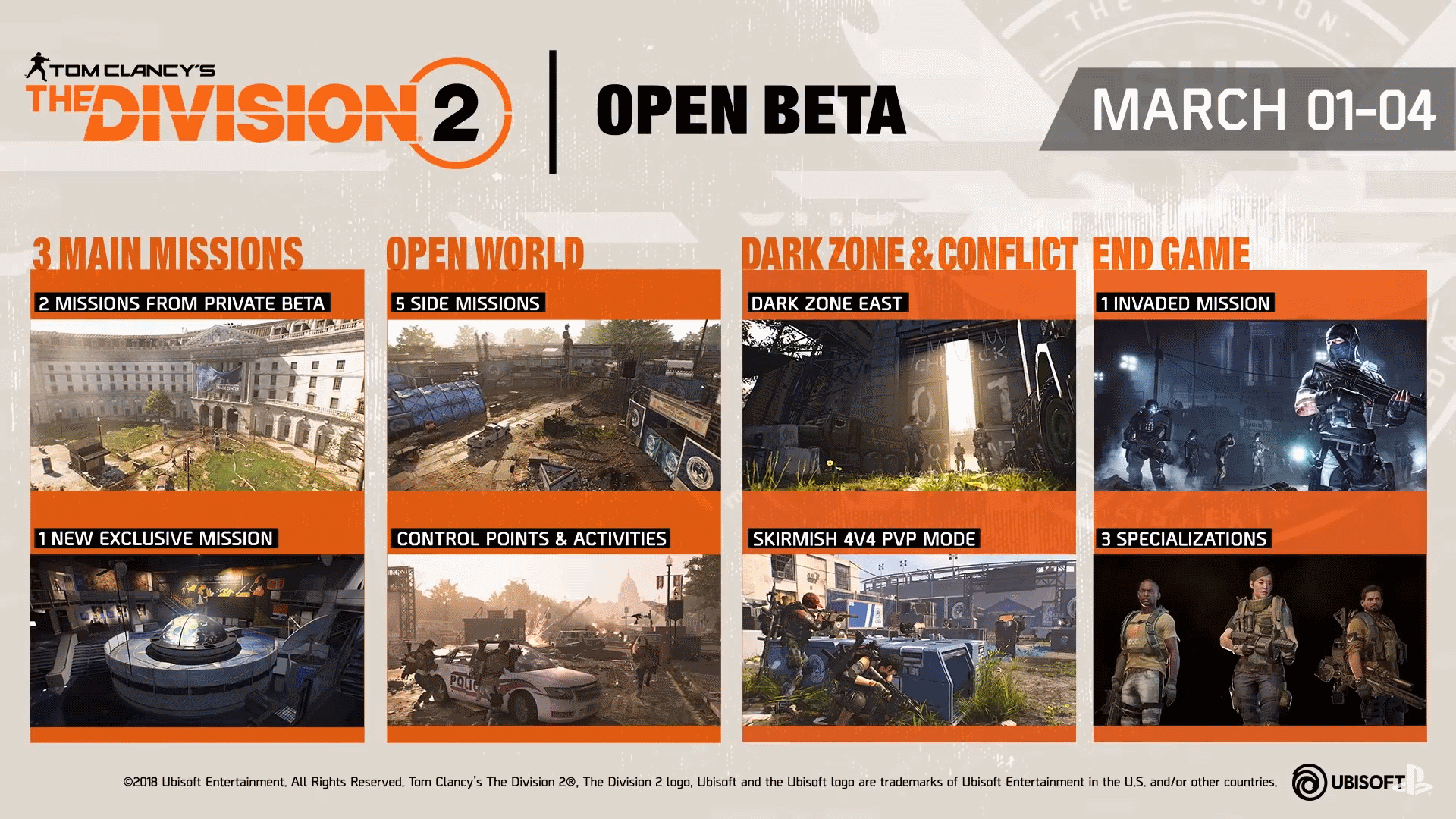 This coming weekend will be a blast from March 1st 2019 – March 4th, 2019, in which publisher Ubisoft announced details for the open beta for its upcoming shooter-looter The Division 2.

It comes with an assortment of content to try

Again,the open beta will start on March 1-4, 2019 on PC, PlayStation 4 and Xbox One .
For more info on the open beta, click here for their official website. Click here for our previous coverage of the game.