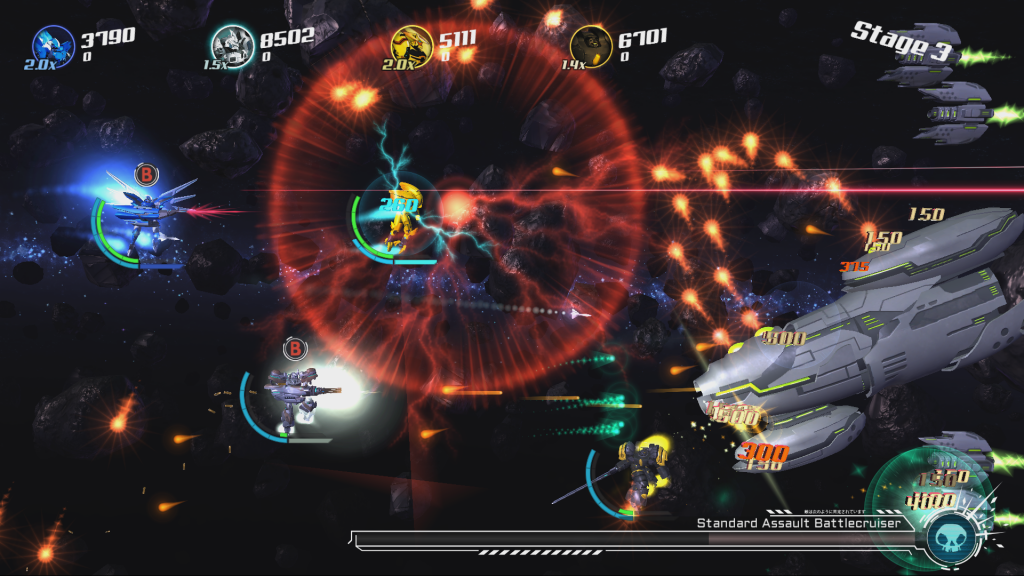 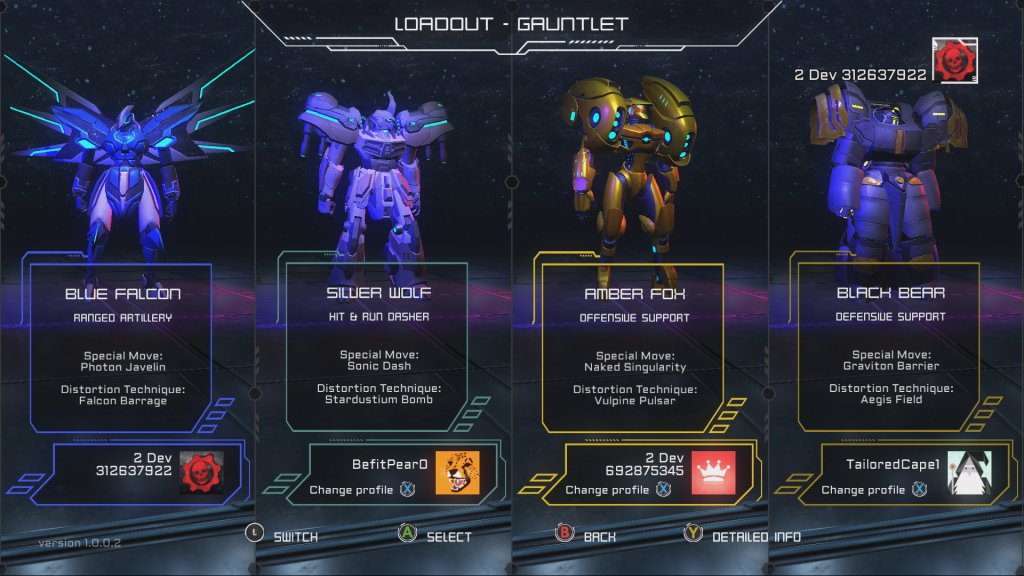 As a new recruit to Stardust Galaxy Warriors, an interstellar peacekeeping organization founded by the eccentric trillionaire Archibald Stardust, you will take on a 10-level campaign mode and battle your way through different worlds facing myriad enemies big and small while experiencing a story chock full of wry humor, stunning graphics, and even a few surprises. Choose from five different characters, each with their own unique strengths and weaknesses, and upgrade via RPG-like mechanics such as boosting weapon damage, armor effectiveness, and many other attributes and stats. 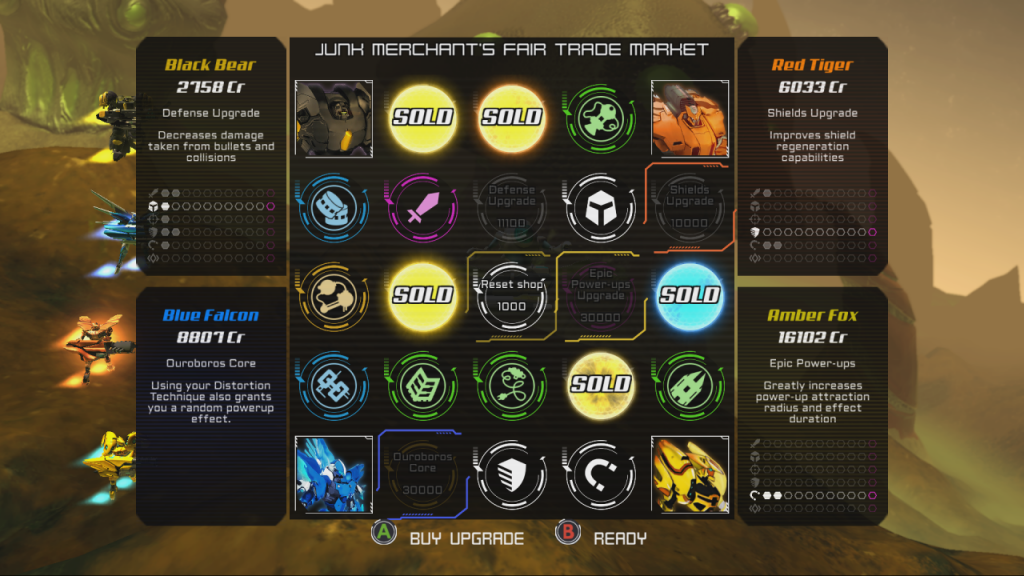 Tweak the gameplay to your heart’s content via the highly customizable options which let you to play with the default parameters or adjust the rules to fit your play style. Set health and shield levels, fire and drop rates, and hit box sizes. In multiplayer, enable friendly fire to transform a friendly co-op experience into a chaotic free-for-all. Whether you’re looking for a relaxed journey through the stars or a sanity-fraying descent into a hail of gunfire, Stardust Galaxy Warriors: Stellar Climax has you covered. The game also features several gameplay modes, from the vastly entertaining Story mode, to innovative Challenge modes, to the hardcore Gauntlet mode. 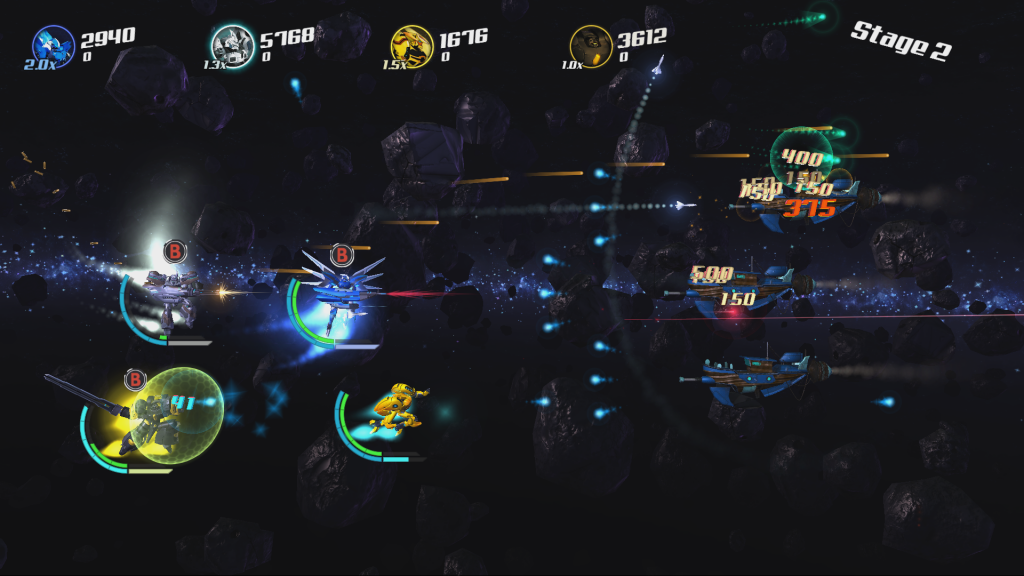 Rated “E” for Everyone, Stardust Galaxy Warriors: Stellar Climax is available now at the eShop in North America, Europe, and Japan. For more information, please visit www.aksysgames.com/stardust. Follow Aksys Games on Twitter and Instagram at @AksysGames, and join our Let’s Play streams on Twitch at aksysgames and YouTube.