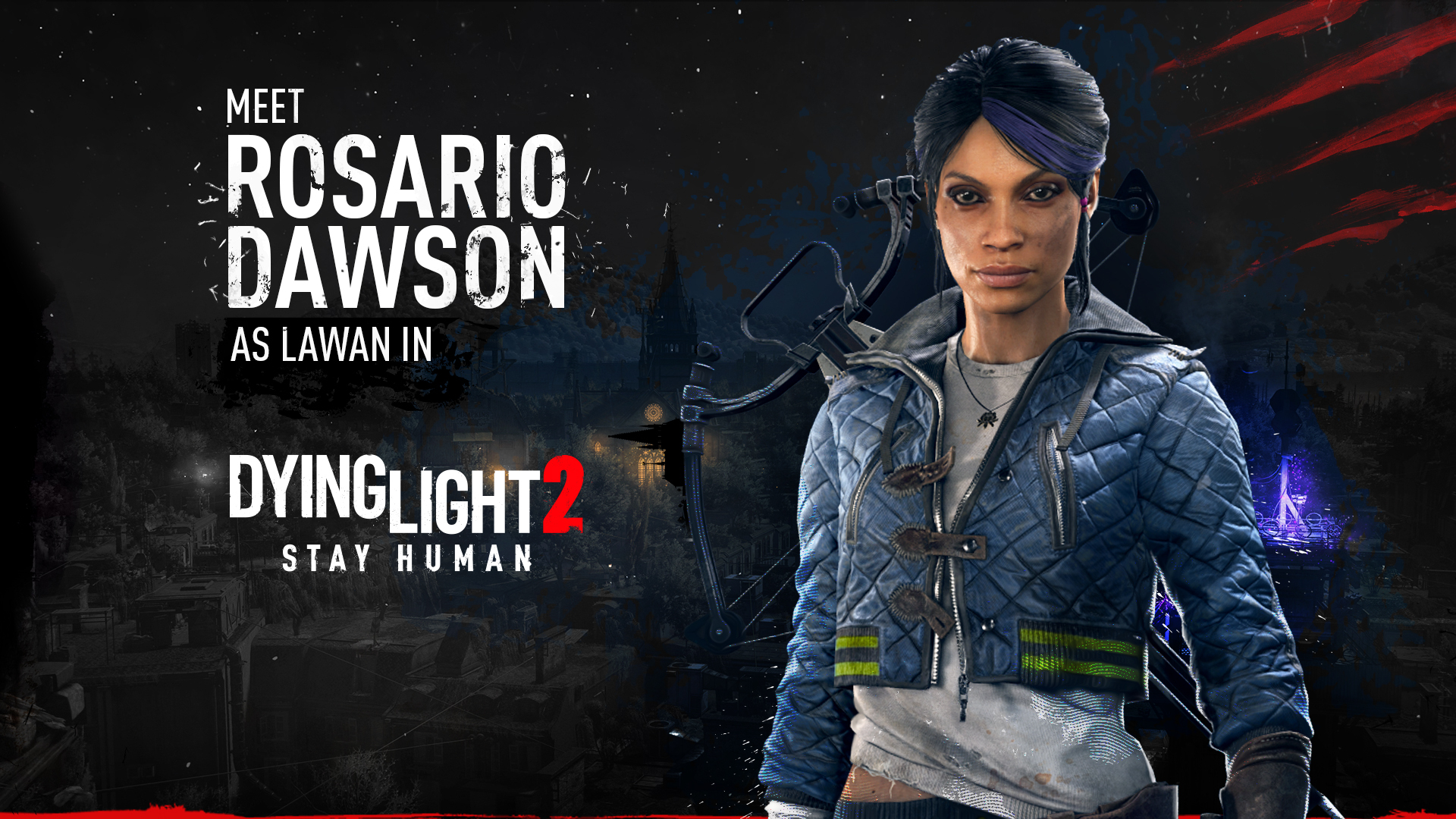 Techland has debuted the fourth episode of Dying 2 Know (D2K), an original web series diving deep into the world of Dying Light 2 Stay Human. This episode debuts famous actress Rosario Dawson, who lends her talent to a major in-game character.

The fourth episode of D2K introduced Lawan, a new major in-game character portrayed by Rosario Dawson (The Mandalorian, Sin City). During the show, viewers learned more about Lawan’s role in the Dying Light story and her relationship with the main protagonist Aiden Caldwell. Check out the episode below:

Viewers were also shown a behind-the-scenes video featuring the music recording process, directed by Olivier Derivière (Streets of Rage 4, A Plague Tale: Innocence, Vampyr) in Abbey Road Studios, one of the most recognizable studios in the UK and previously used by artists such as The Beatles, Pink Floyd and U2. The end result, the track – Run, Jump, Fight – Main Theme Music Track from Dying Light 2 Stay Human, created by Olivier Derivière and featuring The London Contemporary Orchestra, can be heard here for the very first time.

Moreover, Techland shared more insights about the composer’s approach to video games and how his vision and music were implemented into Dying Light 2 Stay Human.