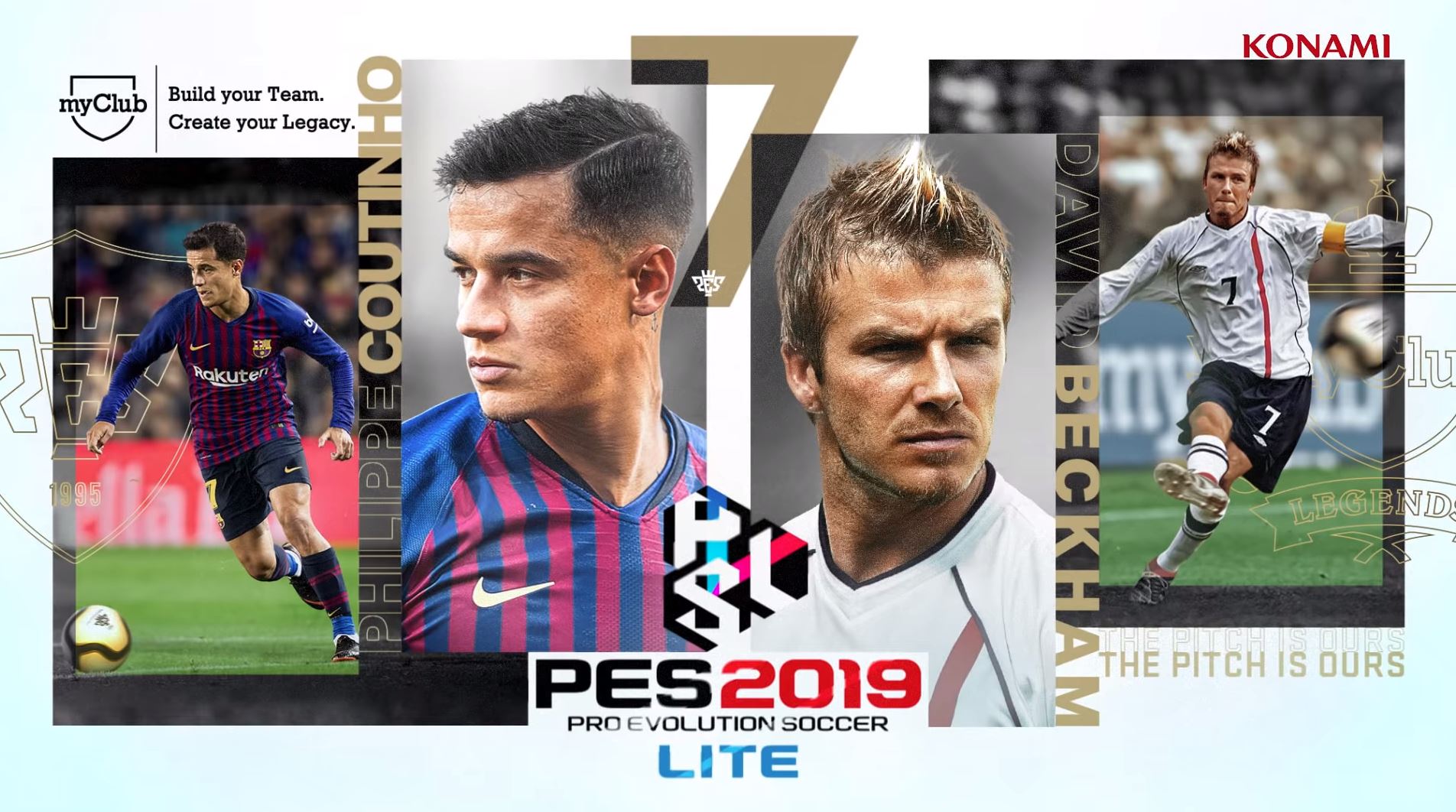 PRO EVOLUTION SOCCER 2019 LITE is a free-to-play version releasing on December 13th, 2018……which is TODAY!

PES 2019 LITE mainly focuses on myClub mode where fans can acquire new players and build their own dream team by earning in-game currency. The myClub Legend feature currently includes legendary superstar players such as David Beckham, Paolo Maldini, Cafu, Roberto Carlos and much more to be released throughout the season.
The LITE edition also includes EDIT mode where fans can customize teams, players, stadiums and strips to add their own unique “world of football”.