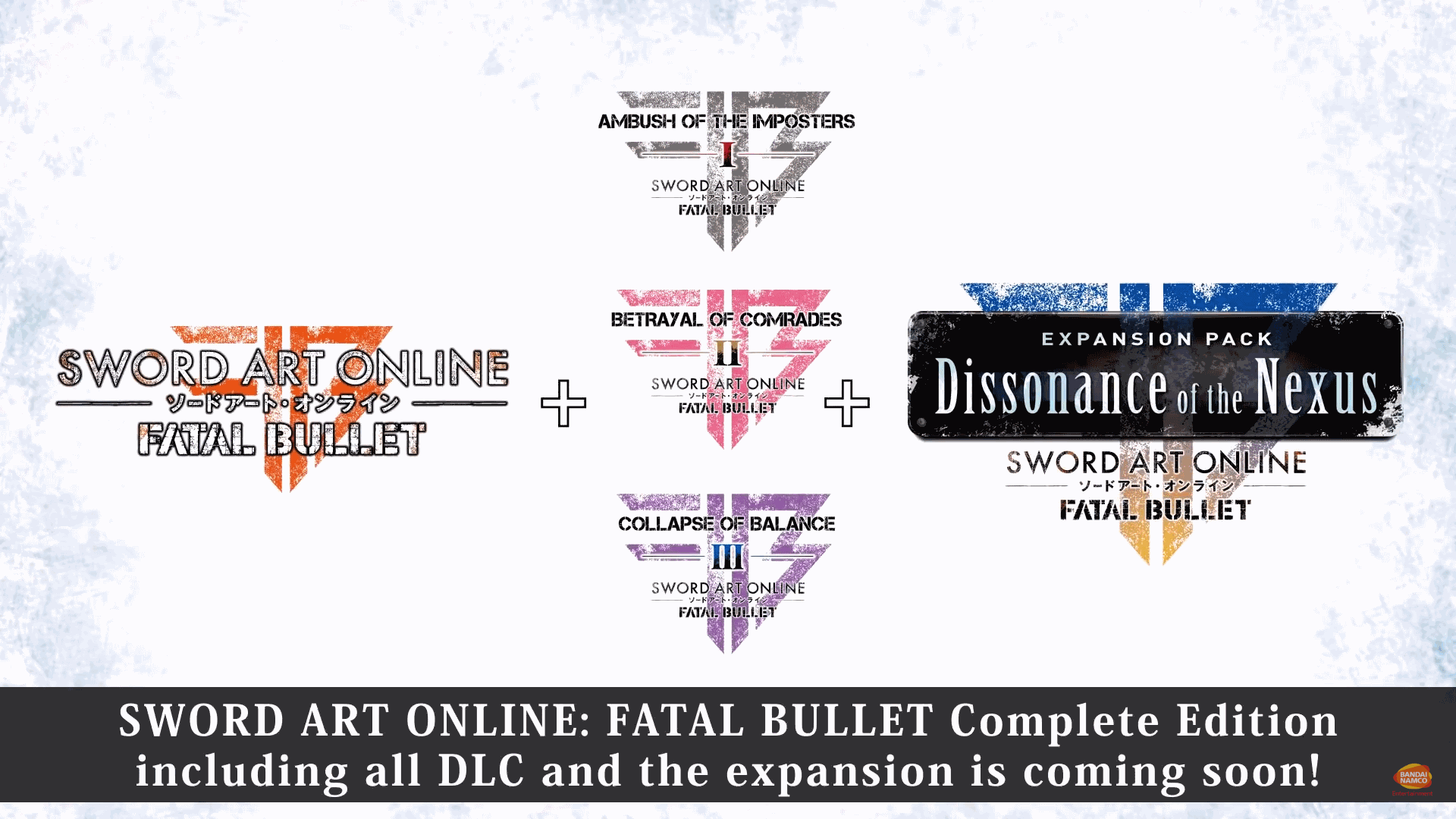 We previously reviewed Sword Art Online: Fatal Bullet here and found it to be a solid but ultimately safe experience. Today we would like to share with you the new expansion Sword Art Online:Fatal Bullet, Dissonance of the Nexus. Announced by Bandai Namco, the new expansion sets you into a new story, making new friends, and facing new enemies with powerful bosses as you embark to explore the White Frontier. This will include all DLC contents with 3 DLC packs plus a new expansion.
Check out the video below:

Furthermore, Bandai Namco Entertainment America Inc. reveals 3 new playable characters in addition to Sachi from the Dissonance of Nexus expansion pack. Main key characters from Ordinal Scale and Lost Song will be joining the roster as well. Including Seven from The Lost Song, a staff wielding idol songstress who is the youngest sister of Rain.

Not to mention, Yuna from the Ordinal Scale who is an AI Idol and Eiji, also known as Nautilus aka member of the Knights Blood and Yuna’s childhood friend. Together with Sachi, member of the Moonlit Black Cats guild (famous in fan voting polls), will be playable in the expansion Dissonance of the Nexus.

Additionally, free updates will be available such as per following:

Last but not least, a Sword Art Online: Fatal Bullet free demo will be available for PlayStation 4 and Xbox One, allowing the single player campaign to be playable up to chapter 2 with as well as online battle and co-op.

Sword Art Online: Fatal Bullet Dissonance Of The Nexus Expansion And Complete Edition will be sniping your way on January 18th, 2019, for PC, Xbox One and PlayStation 4.