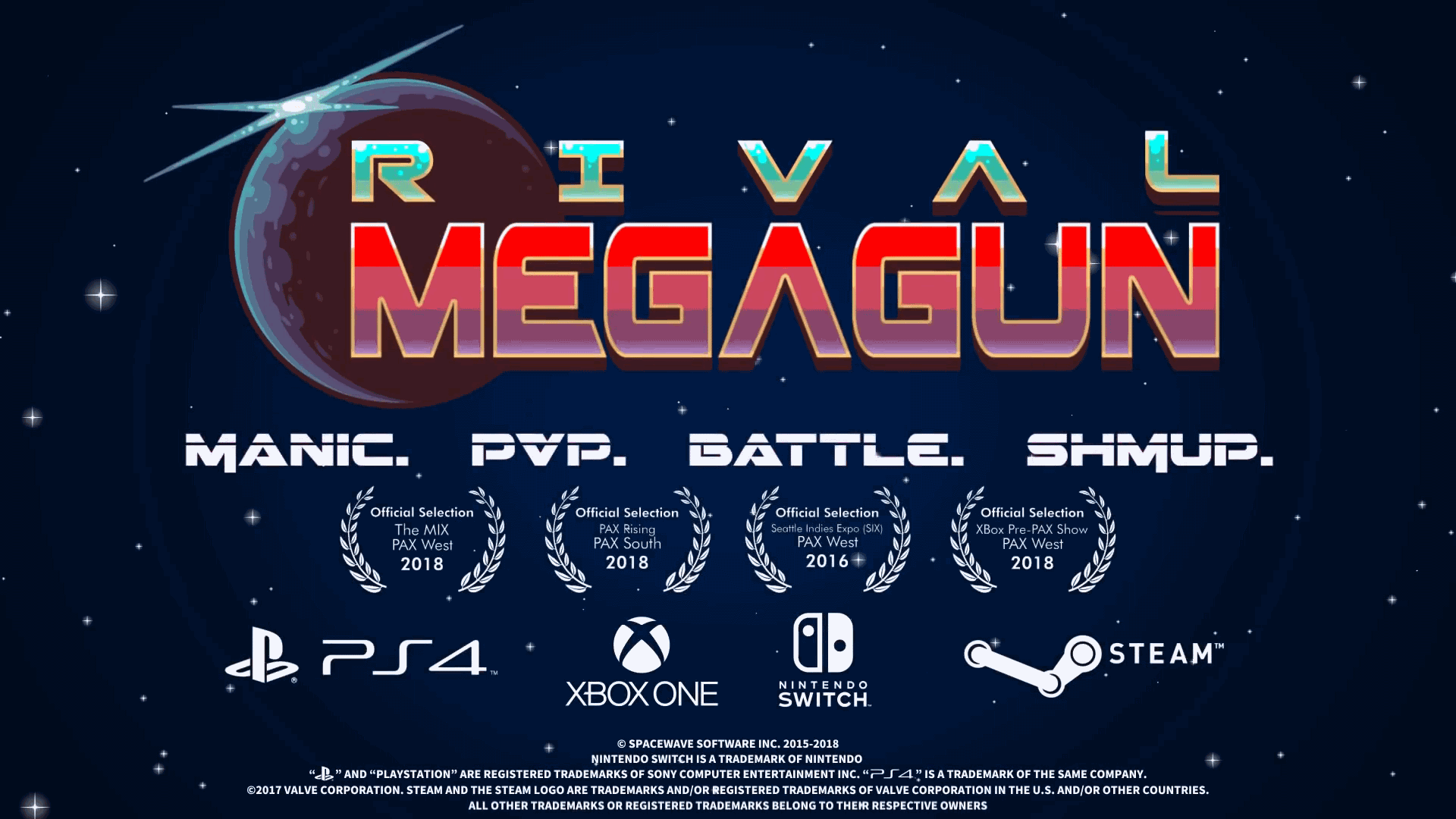 Be the boss fight in your opponents game

This competitive split-screen match up allows you to transform into a boss in your opponent’s screen by building up your chain and unleash the fury. Whoever builds the chain fastest is the boss, so in a way, the boss fight is the players themselves as they fight the AI enemies.

There will be multiple heroes to choose from, with their own special weapons and their own Mega Gunship form.
Here are the game modes in the game:

Rival Megagun will be releasing on November 29, 2018, for Xbox One, Switch, PC and PlayStation 4