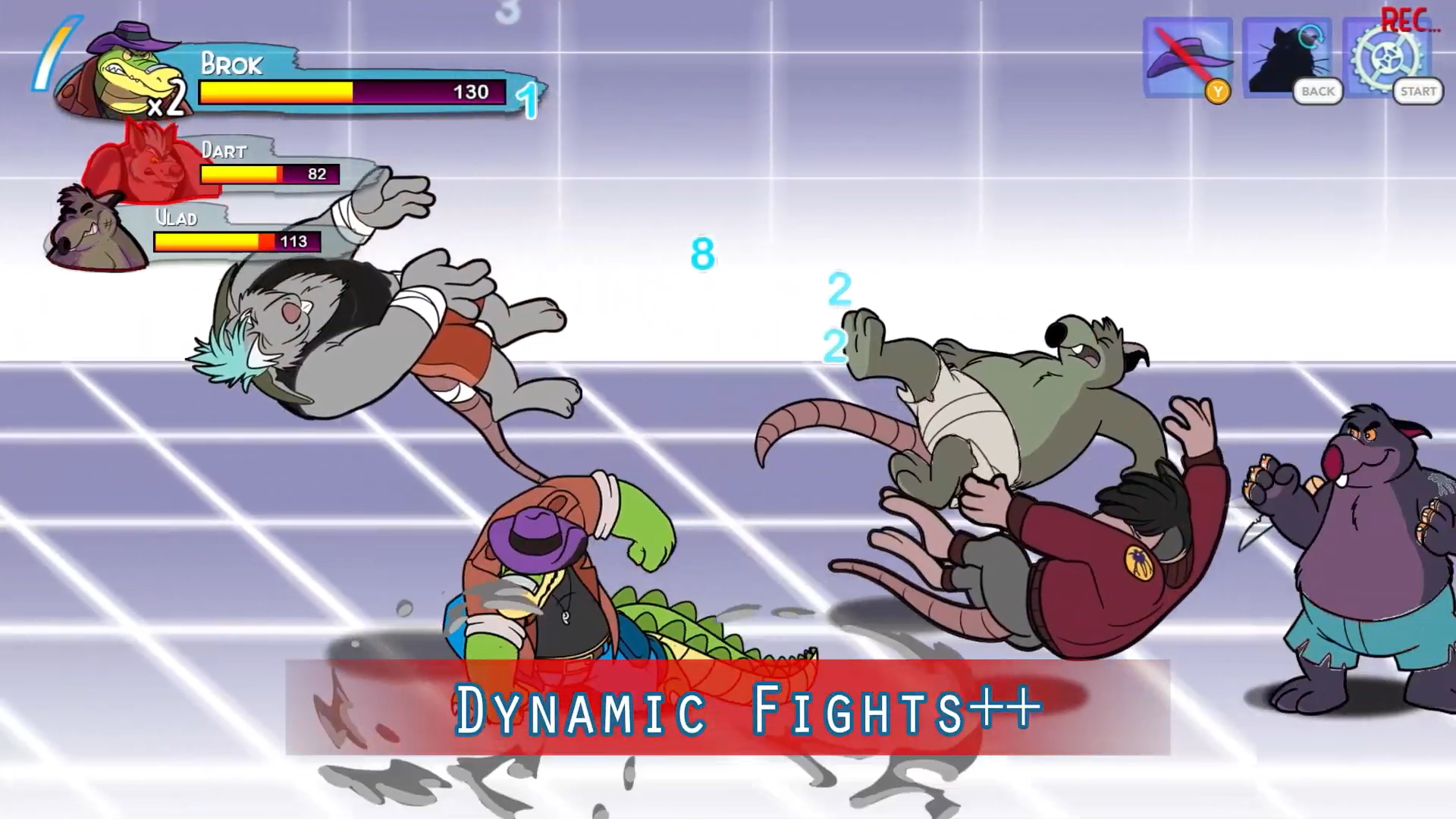 Punch & Click “BROK the InvestiGator” Gets A Big Combat Update

The “Combat Update” of BROK the InvestiGator is finally available on Steam and GOG! This acclaimed “Punch & Click” adventure aims at addressing the last area of criticism; fights. With the Free update, combat pushes the fun further with better gameplay!

BROK the InvestiGator is an innovative mix of Classic adventure with Beat ’em up; fully voiced by professional voice actors such as Bryan Olson (Max from Streets of Rage 4) and Michael Kovach (Hazbin Hotel, Lackadaisy) with more than 23,000 lines of dialogue.

Inspired by 80’s/early 90’s cartoons with a darker spin, BROK the InvestiGator takes place in a dystopian universe where animals replaced mankind. In this innovative adventure where choices matter, will you use your brain… or your brawn?

Brok won’t catch his breath during this adventure spanning 15 to 20 hours (first playthrough) full of action, mystery, and puzzles offering replayability via many choices and multiple endings.

BROK the InvestiGator is currently available on PC and Mac (Steam, GOG, Humble Store and itch.io).