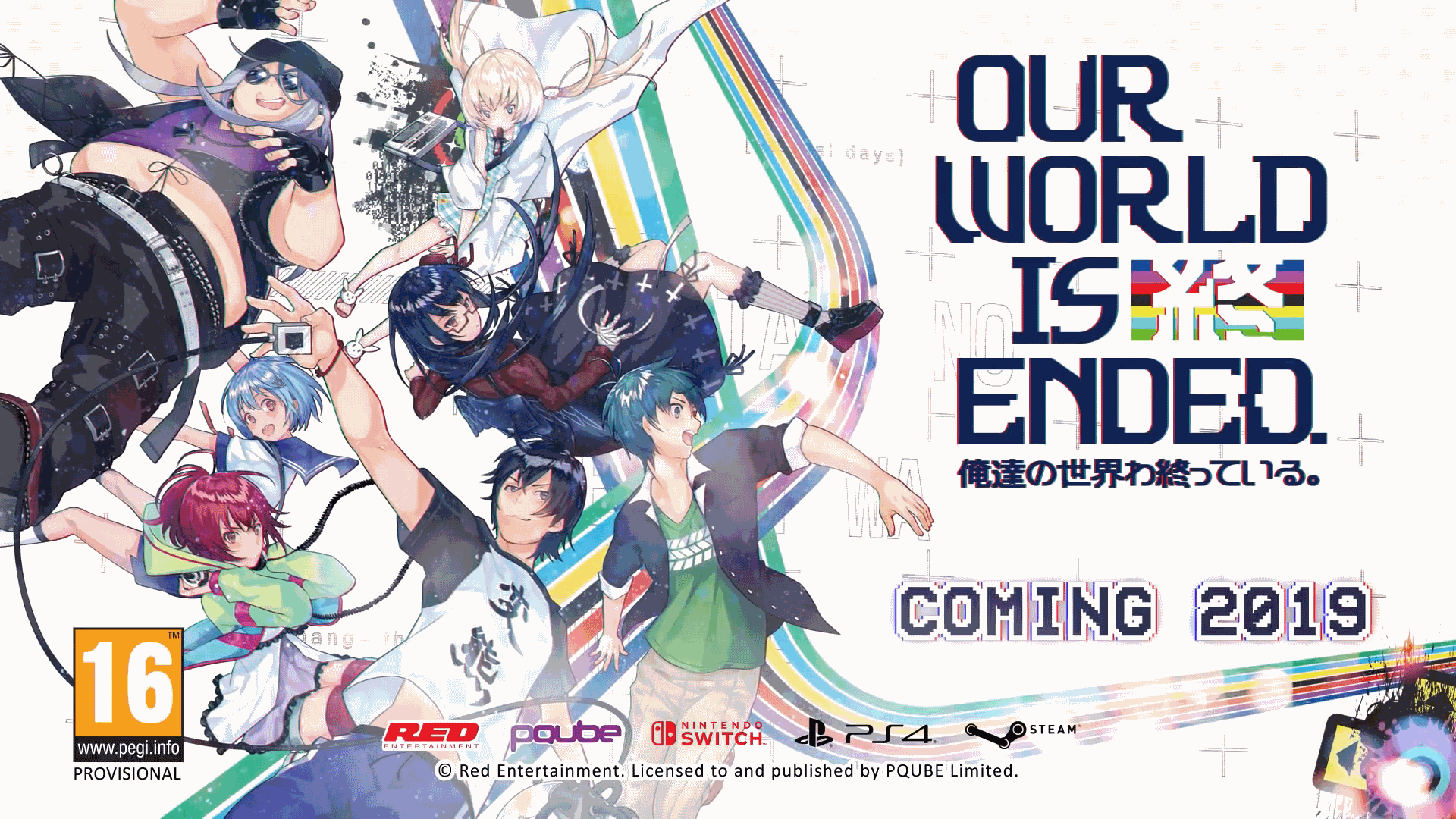 Our World is Ended: coming for western release

Publisher PQube and developer Red Entertainment announces it’s visual novel adventure “Our World is Ended” is coming for North America and Europe in 2019. Check out the trailer below:

The story follows a group of young developers called Judgement 7, working on a new game engine called “the W.O.R.L.D” program(sounds familiar?). This engine allows anyone who is wearing an Augmented Reality headset to see changes in the landscape into real life.
However when Reiji, a game part-time director, tries it out and sees a possible future Tokyo in ruins. Is this a glitch or a foreshadowing of the future?

Soon things take a turn for the worst when characters and creatures from Judgement 7’s gaming memories have invaded and starts overwriting every reality and its up to Judgement 7 to stop it.

Our World is Ended – Opening Movie