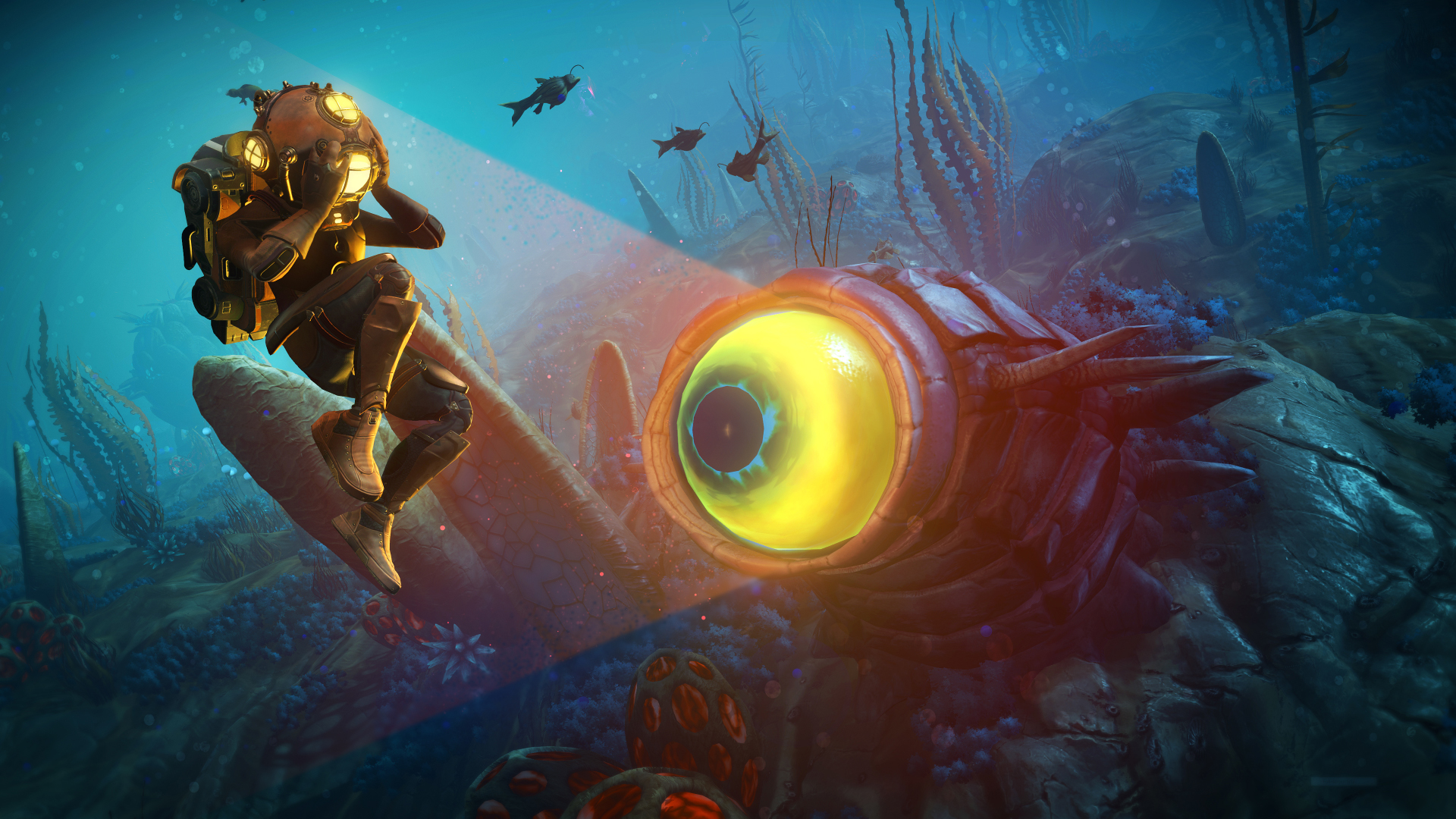 No Man’s Sky newest update brings you The Abyss

No Man’s Sky is keeping true to its promise to keep on improving the game after its rough launch. The latest free update will be titled The Abyss and will bring players to explore underwater, a whole new ecosystem for the game. I called it ecosystem is because not only there are new environments, but there are also new creatures to research. Now seeing as Halloween is near, there might even be some scary creatures waiting for players in the deep unknown.

Those who want to go for a more scenic view of the deep ocean can find a submarine called Nautilon to help you navigate around safety. Players are not only given the opportunity to explore underwater but also to build bases. Yes, you can recreate Rapture or your own Aquaman kingdom in the deep blue sea now. No news on whether there will be a full-on underwater combat (I am sure some people would want to recreate the epic fight scene from the Aquaman trailer).

Last but not least is a new storyline update call The Dreams of the Deep. Hello Games has stated that the new story will bring new context to the narrative of No Man’s Sky. Overall the update seems like a whole lot of fun and a great addition to the game.

No Man’s Sky The Abyss free update arrives today October 30 2018, on the PlayStation 4, Xbox One and PC.