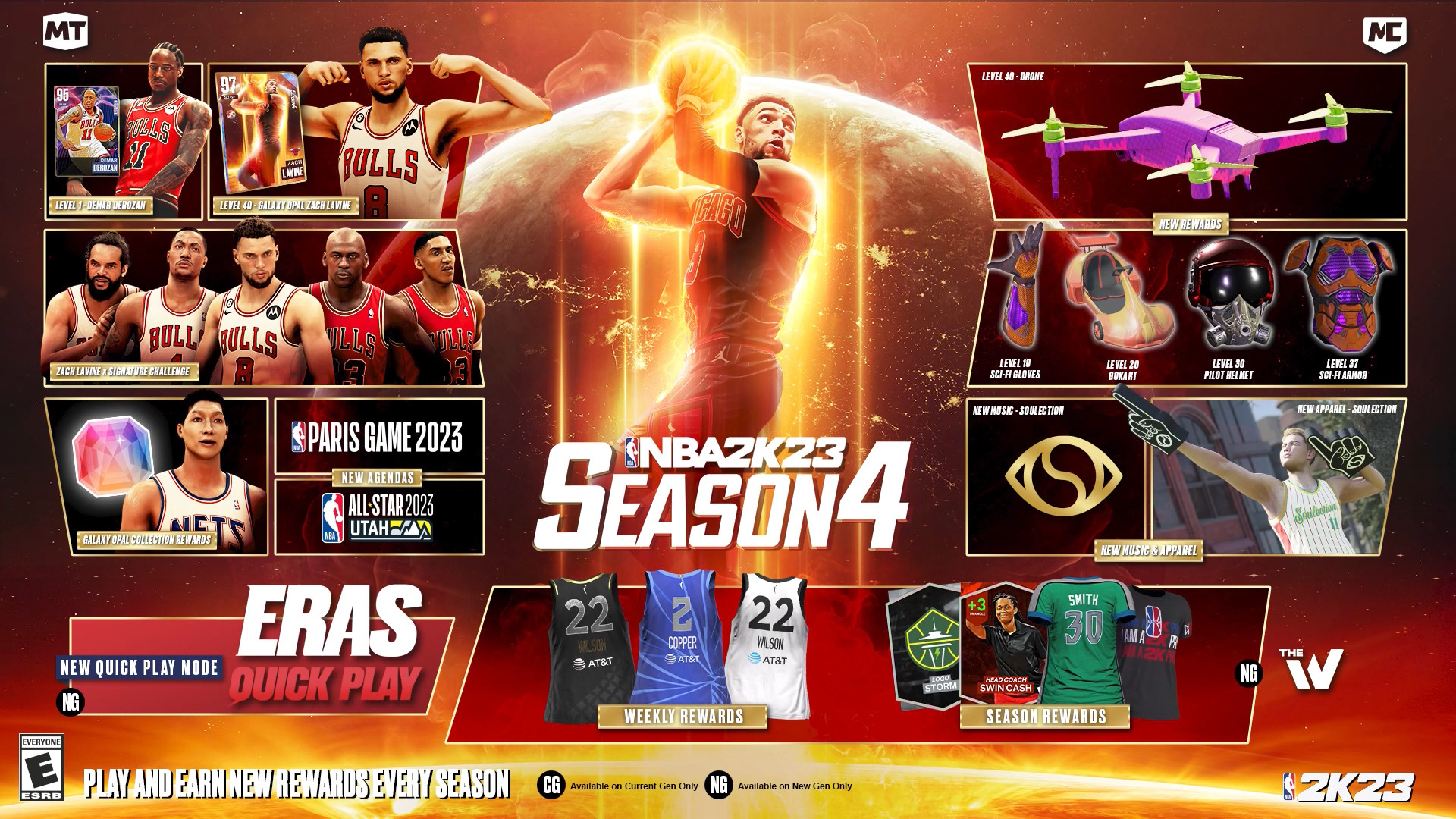 2K revealed that NBA 2K23 Season 4, featuring new content coming to MyCAREER, MyTEAM, and The W*, is kicking off the new year now. Season 4 also includes 10 new tracks from Soulection artists that will be featured in the soundtrack and at Club 2K.

In NBA 2K23 Season 4, Chicago Bulls’ All-Star Zach LaVine takes flight into the new year with the destination set for the NBA All-Star game, which takes place February 19. This season will deliver All-Star caliber rewards and content in The City (PlayStation 5 and Xbox Series X|S) and on The G.O.A.T. Boat (PlayStation 4, Xbox One, Nintendo Switch, and PC). More updates include:

For all the details for Season 4 of NBA 2K23, check out the latest Courtside Report. NBA 2K23 is currently available for PlayStation 5 and PlayStation 4, Xbox Series X|S and Xbox One, Nintendo Switch, and PC platforms