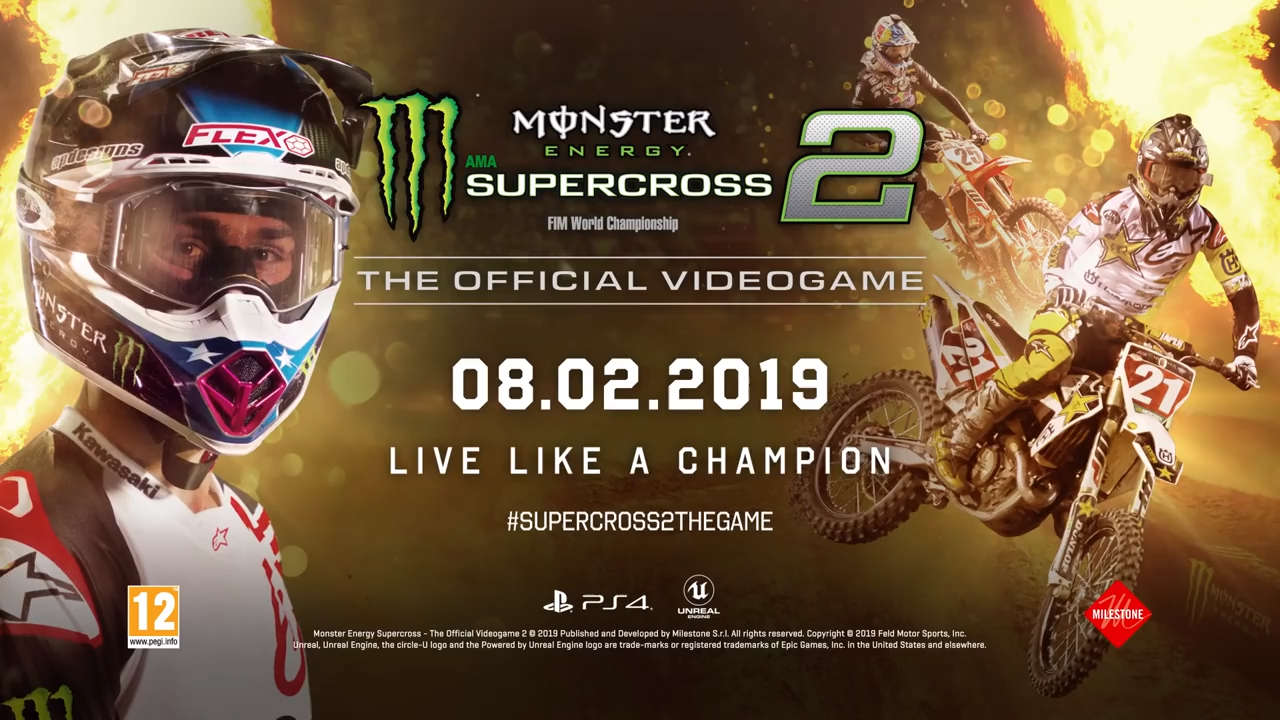 Milestone has announced the first gameplay video of Monster Energy Supercross – The Official Videogame 2. The video shows a breathtaking race lap on the Tampa circuit, in Florida, on board with the famous champion Eli Tomac and the fast-paced song “I don’t like me anymore” by NOFX. For the first time, the game will feature an adrenaline-filled soundtrack of punk music with some of the most famous bands, such as NOFX, Good Riddance and Sick of It All.

Together with the new gameplay video, Milestone also announced physical pre-orders availability and in-game bonus; all players pre-ordering the game will receive the exclusive Infinity Customization Pack, a unique animated theme in the game, that includes a rider suit and a bike livery (not available on Nintendo Switch). Pre-orders are available at GAME, Amazon, Base.com, 365 Games and Shopto.

Globally available on February 8th, 2019 for PlayStation®4, Xbox One, Windows PC®/STEAM and Nintendo Switch™, Monster Energy Supercross – The Official Videogame 2 allows players to step into the boots of an official Supercross Champion and experience the exciting life of a professional athlete in the most competitive and highest profile off-road motorcycle racing championship in the world. The new release puts players at the centre of the game with a renewed career mode, an enhanced track editor, additional training compounds and improved playability.