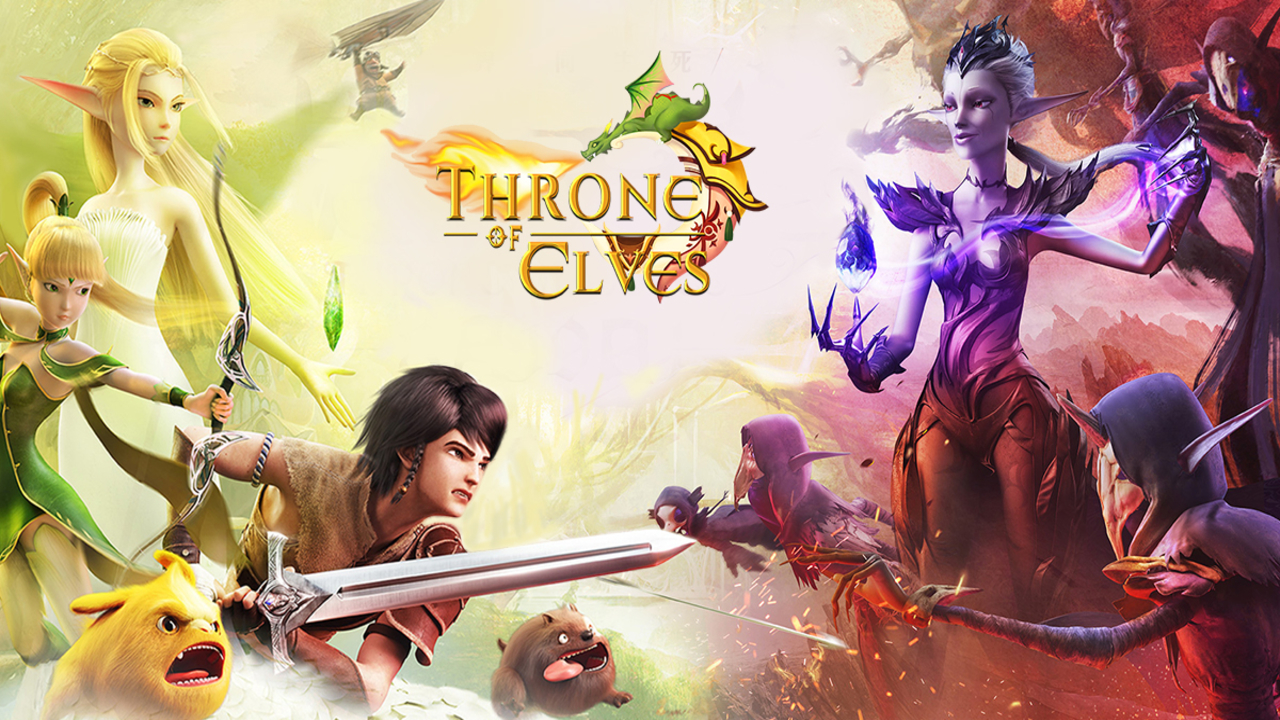 Throne of Elves is an official movies-based MMOARPG. It is from PopPace which is again making major waves in the mobile gaming market with the much-anticipated global announcement of its latest mobile role-playing game Throne of Elves. The game will be available around the globe for Android devices on Nov. 26th.
After two years fully developed, the team bring the fantasy world in the movie to all of us. And this time, players could also join the adventure and make our own legend. Throne of Elves game share the same background of the movie. In the mythical Elven world of Altera, an epic battle unfolds between the beautiful Princess Liya and the Dark Elf Elena, who has gained possession of a jewel so powerful it allows its holder complete authority over all Alterans. It is time to gather all adventurers to fight against the evil. The player will enjoy the movies-alike 3D graphics, and the breathtaking combat with players from all around the world.
Compare with other MMOARPGs, Throne of Elves own the unique twin weapon system. Each class have two different weapons with different skills. What’s more, we could always switch weapon in the combat, which make the gameplay more enjoyable.
Throne of Elves also create a brand new world filled with dynamic and unique game mechanics, including:

4 classes, advance character
– Kensai, Ninja, Ranger, Demon Hunter, choose your favorite class to begin the adventure
– Over 50+ skill to be choose
– Move your finger and keep your eyes on competitors, jump, roll and hit on the back to get the double damage.
Summon cute pets
– Summon pets as your pal to fight by your side
– Cute 3D cats and dogs have skills to defeat the evils
– Level up your pets to strength your power
Customize your personal character
– Numerous Outfits designed for each class, Dress up the unique appearance
– Dragon, wolf and Unicorn…will be your might mount
Clan and Guilds
– Group up with friends and guildmates to take down the server boss in epic 3D battles!
– Engage in mass-scale PvP combat, and uncover loot in epic raid dungeons
– Dance or date others in game
To celebrate the 2 years anniversary movies released, the game holds some gifts for fans, player will get the same Hoverboard Controller shown in the movies in game freely. Meanwhile the time-limited events are also open for all players.
Beside the great benefits in game, players can also follow Throne of Elves Facebook to receive latest news and participate the events with plenty of rewards.