FAIRY TAIL FANS ASSEMBLE! Fuji Games from Japan has announced a new mobile game based on popular Fairy Tail series. The game, titled ‘Fairy Tail DiceMagic’ will be an action RPG, this much is known so far. Some familiar characters from Fairy Tale series were shown in the announcement, namely Natsu Dragneel, Lucy Heartfilia, Happy, Grey Fullbuster, and a new character name Viseru. Not much info about the game is available at this moment, but more news and updates about the game should come soon since the pre-registration for the game has already started. 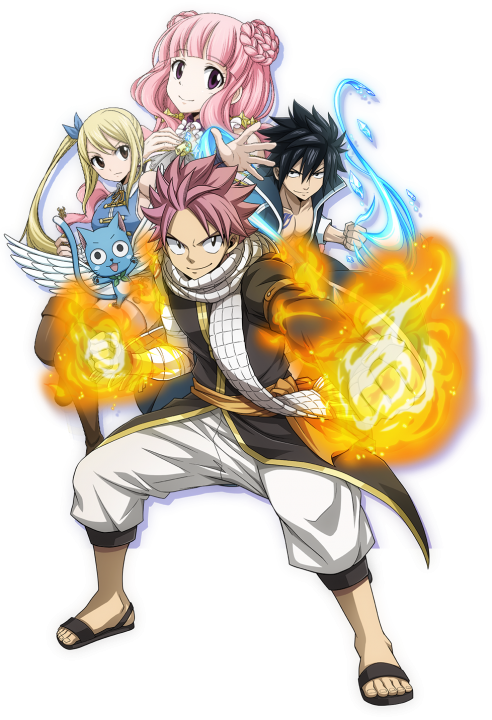 Fuji Game has set to release the game by Autumn 2018 (Sept 23, 2018 – Dec 21, 2018) on both Google Play Store and Apple App Store. If you can read Japanese, you may also head to their official website and Twitter for more information.