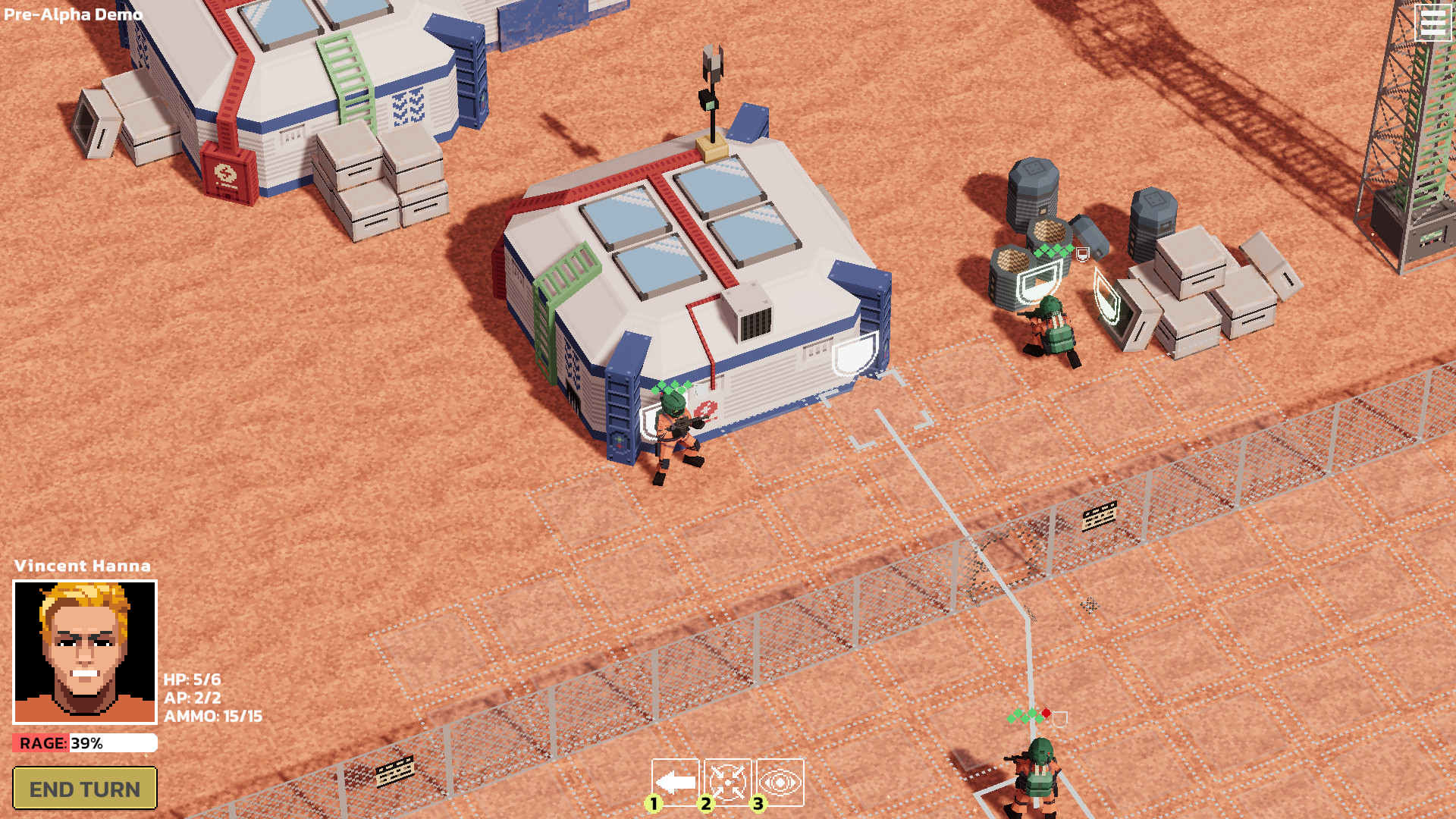 Taking place on Mars following the discovery of a new rare element that solves Earth’s energy crisis, Mars Tactics gives players the choice of embodying the exploitative Mellon Corporation which controls the Red Planet, or leading the rebel workers fighting against their corporate overlords. Both sides must fight for control of Mars, securing territories, facilities, and assets in order to gain the upper hand and achieve their differing goals.

The game is being designed with maximum player freedom in mind, including a 360° aiming system that allows targeting any object in the game world and an advanced suppression mechanic crucial to limiting your enemies’ movement around the battlefield. Campaign economics allow you to cripple your opponent’s war effort by taking out key infrastructure, while engagement sizes range from small covert insertions of a couple of soldiers to large-scale battles featuring a dozen playable characters. Even assets such as vehicles, air support, and artillery play a role in both the strategic and tactical maps, creating exciting and deeply interactive scenarios.

Mars Tactics is scheduled for release in 2023 and can be wishlisted on Steam now.

Hooded Horse To Publish RPG The Way of Wrath On PC