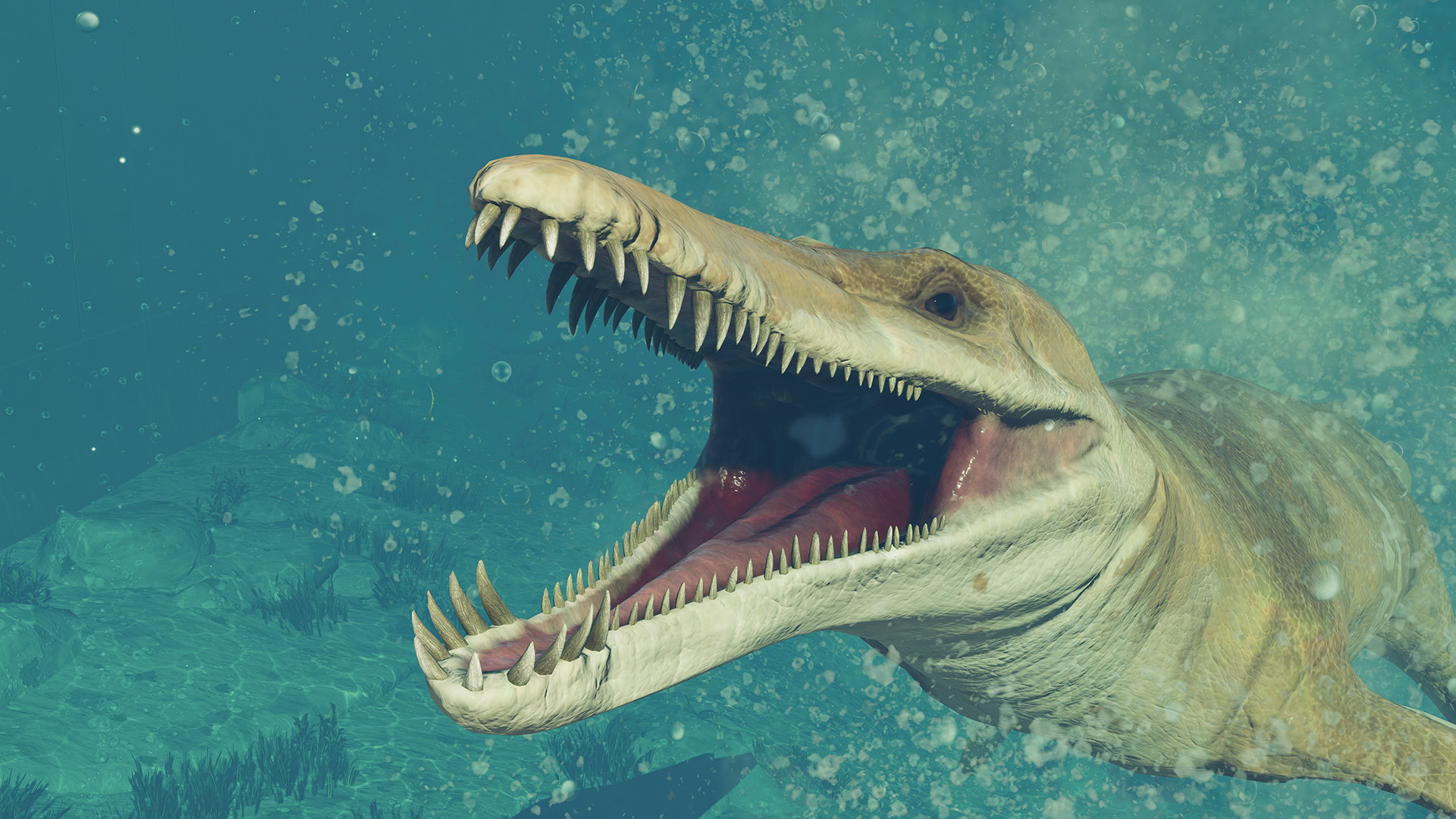 Discover a stunning array of Cretaceous animals with Jurassic World Evolution 2: Early Cretaceous Pack, as announced by Frontier Developments. Expand your park with four thrilling prehistoric species, including land-dwelling dinosaurs, and marine and flying reptiles. These majestic species feel more alive than ever as they preside over territory and display brand-new behaviors when interacting with each other, fighting for dominance, and reacting intelligently to the world around them.