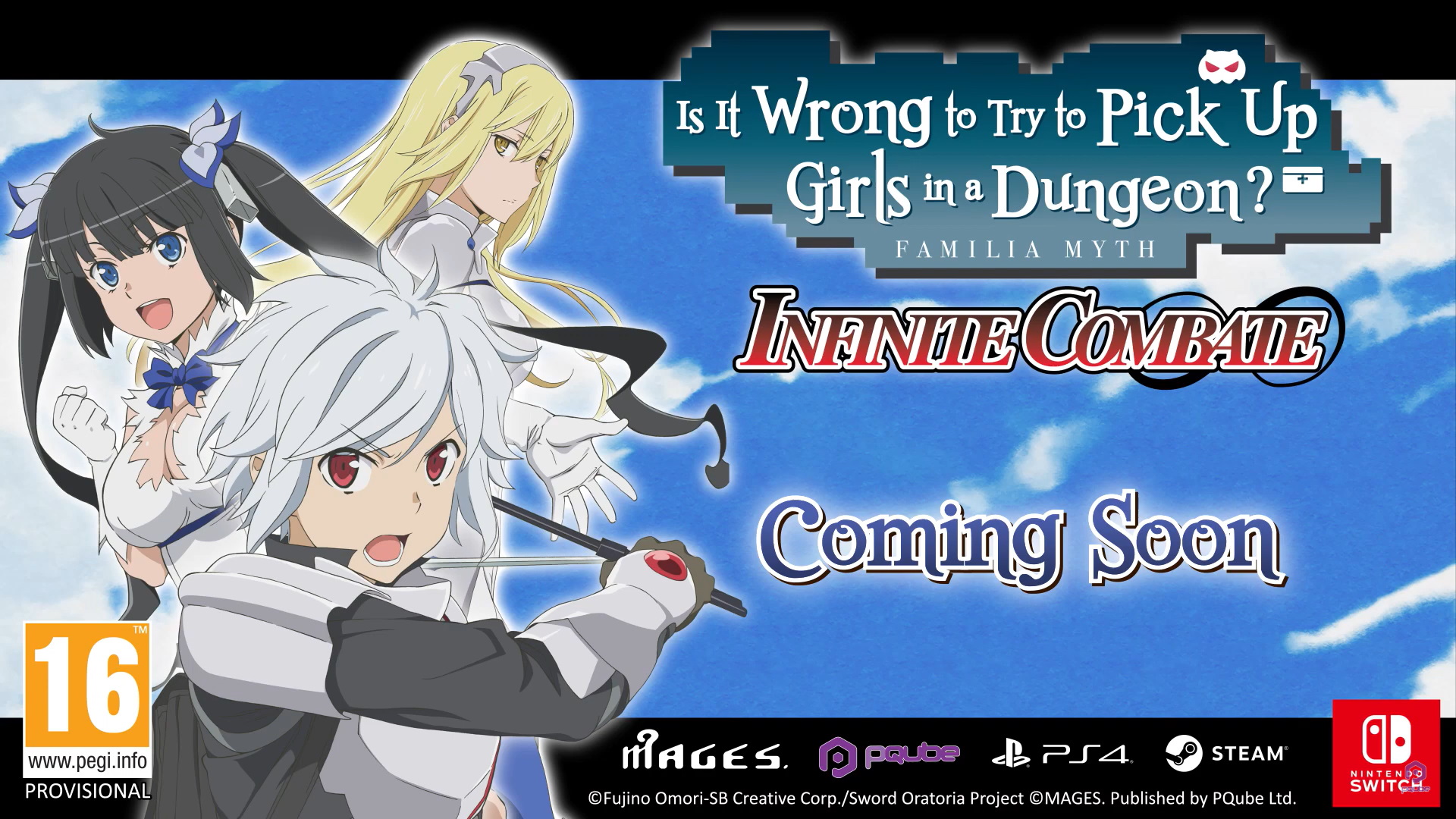 Is It Wrong To Try To Pick Up Girls In A Dungeon? Infinite Combate, a dungeon crawling RPG set for Western release in 2020

Publisher PQube in collaboration with developers 5pb. Inc. has recently announced their upcoming project release date for Is It Wrong To Try To Pick Up Girls In A Dungeon? Infinite Combate in 2020 for both North America and Europe.

Based on the beloved anime of the same name, below are info provided by Steam:

Is It Wrong to Try to Pick Up Girls in a Dungeon? Infinite Combate follows the story of Bell Cranel and Ais Wallenstein and they battle through increasingly difficult dungeons for completely opposite reasons.

Welcome to Orario features:
Enter a city where the gods have decided to live on Earth and provide challenges to its inhabitants. Be part of a Familia and serve a resident deity who protects you and helps you grow as an adventurer.
As an adventurer, it’s up to you to defeat monsters in the dangerous labyrinth created by the Gods. Level up through an extensive skill tree, customize your character’s playstyle with skill trees and special crafted equipment in true RPG fashion!

Experience the Anime
Follow the story from the beginning and discover exclusive new content only available in the game.

Story Mode
Enjoy an extensive story with unique content and side quests!

The game will launch both in physical and digital copies for PlayStation 4, Switch and PC in 2020 for North America and Europe. While before that, Southeast Asia version with Traditional Chinese, Simplified Chinese, and English subtitles are set for December 12, 2019 release. Pre-orders for Southeast Asia version is available at both standard and limited editions.