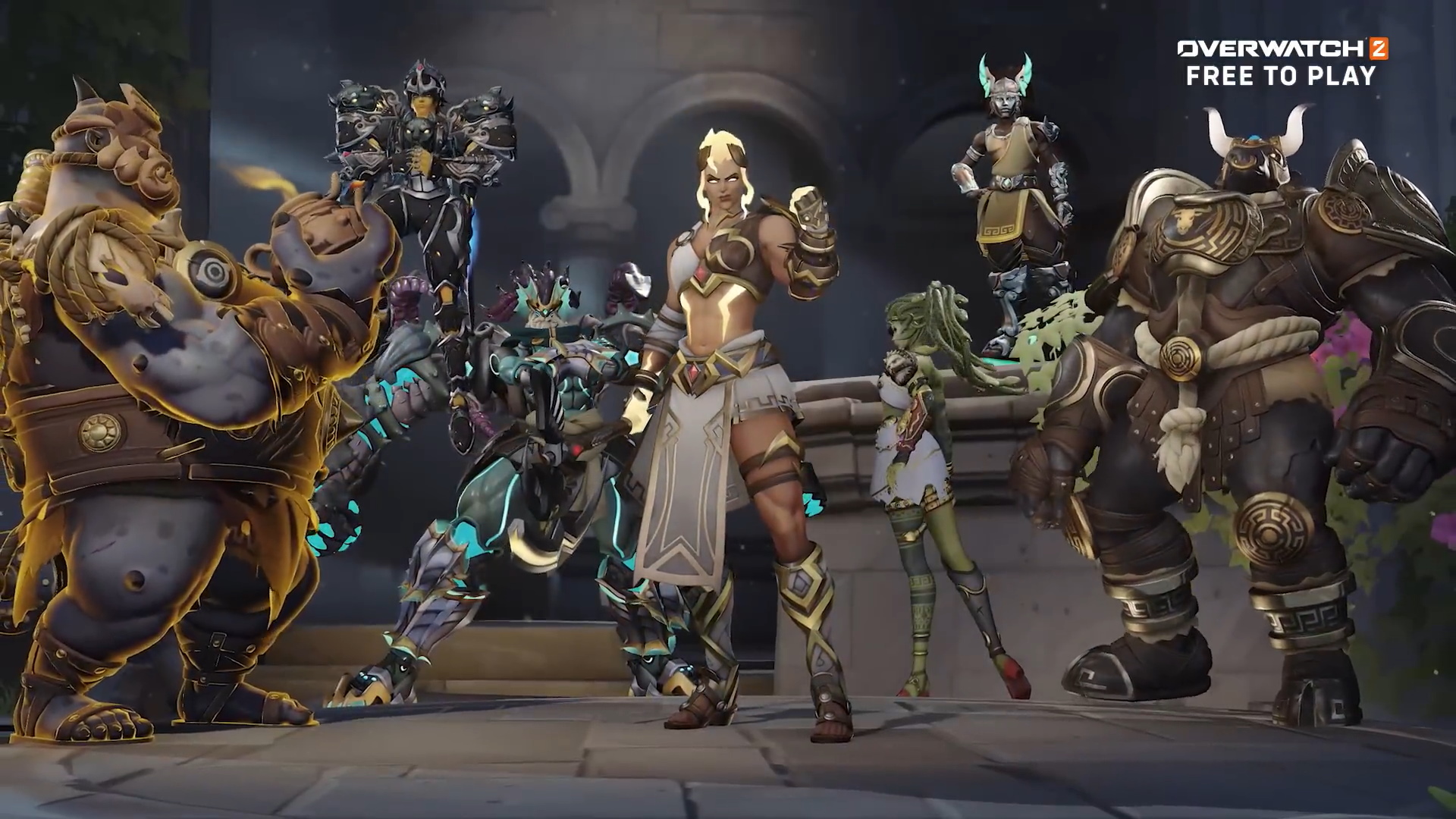 From now through January 19th, Overwatch 2 is introducing an all-new game mode: Battle for Olympus. In this limited-time free-for-all deathmatch, heroes go head-to-head, wielding the power of Greek gods, goddesses, and creatures. 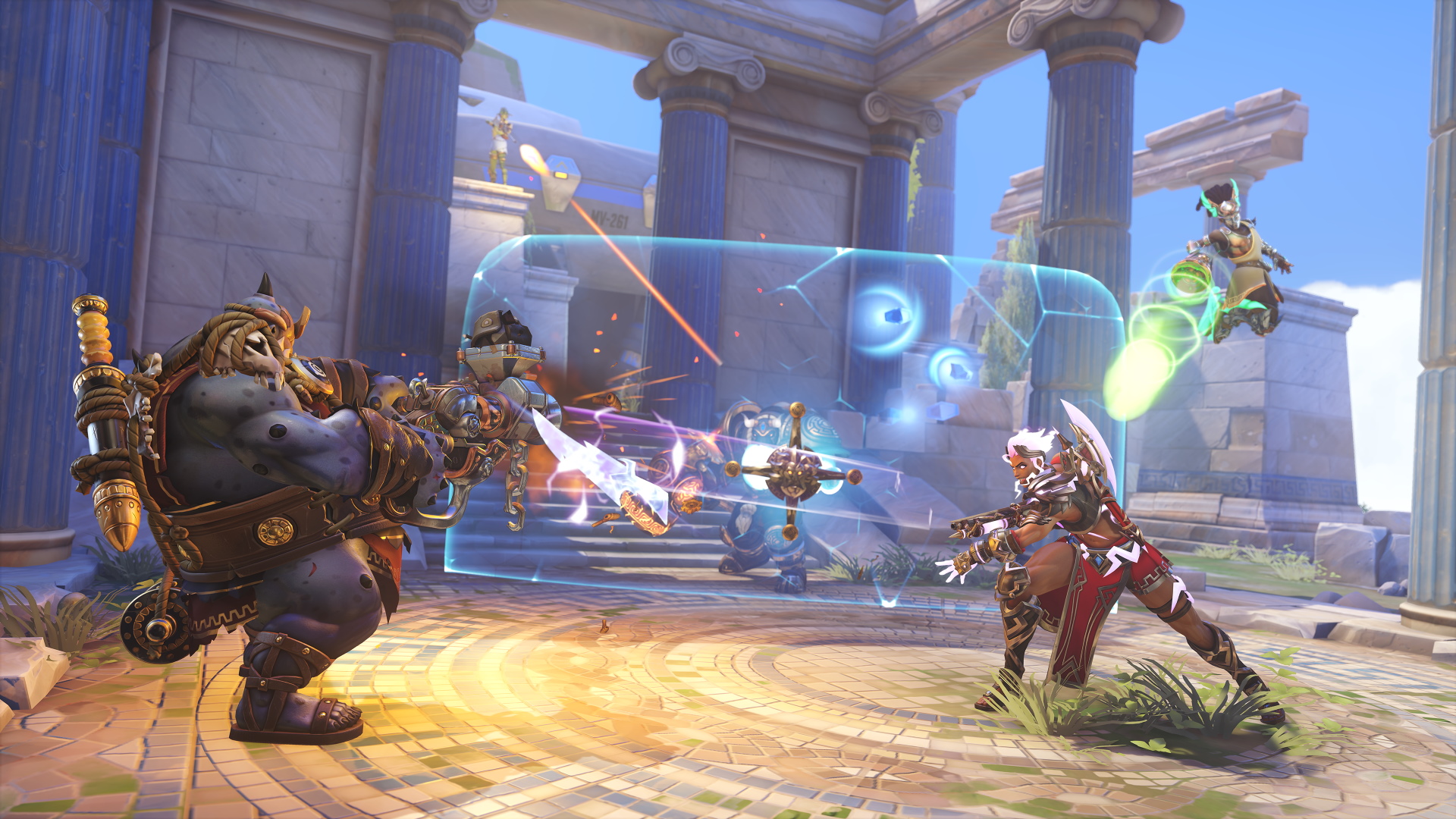 Here’s the line-up of each hero and their unique powers:

We’re celebrating the Battle for Olympus with 2x Match XP 💪

The XP boost runs from Jan 6 through Jan 9! pic.twitter.com/RmrnWyfAmy 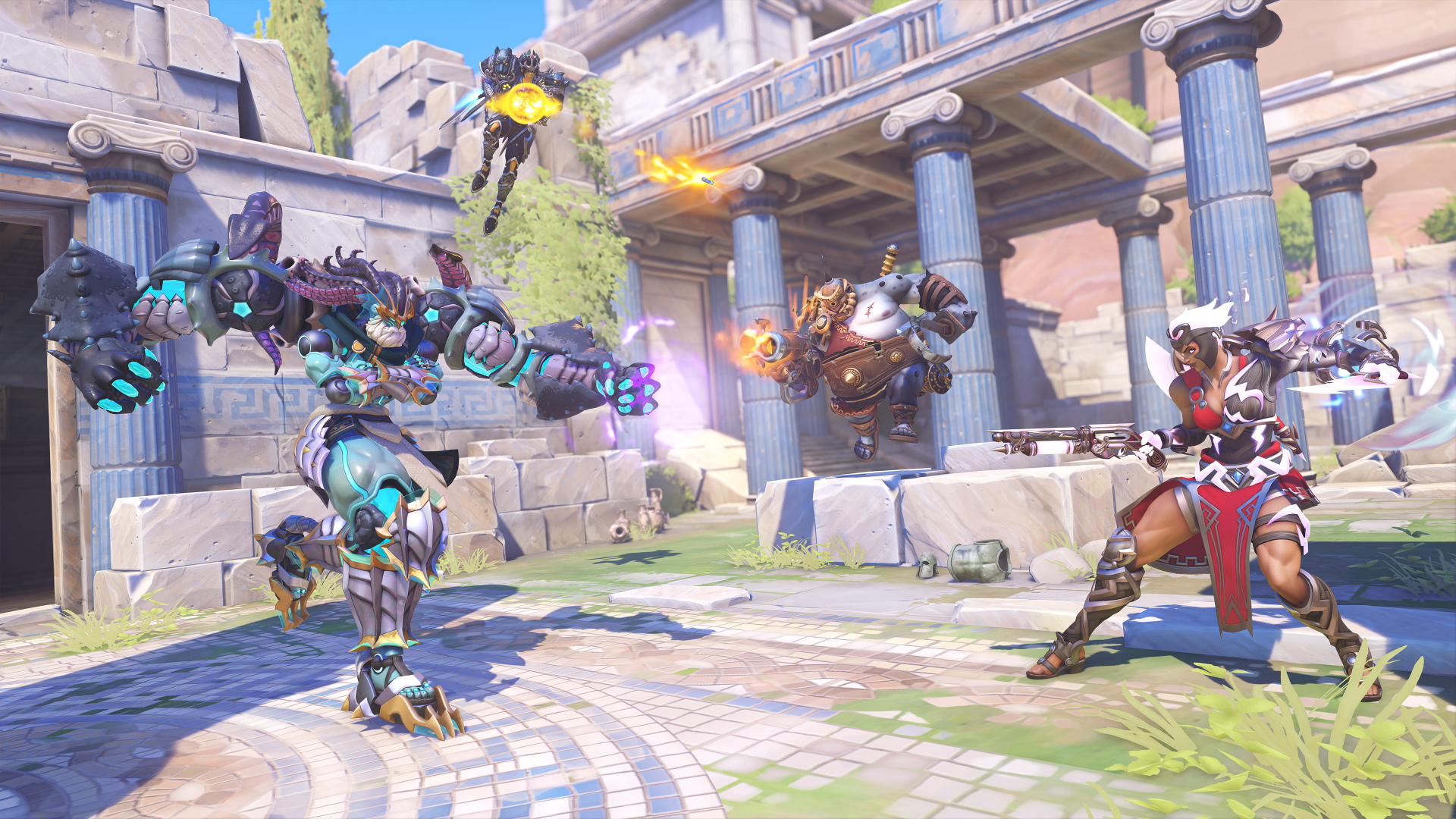 Be the victor of Battle for Olympus

Immortalize your favorite hero through a little friendly competition during Battle for Olympus! The hero with the highest number of kills overall from the event will have their statue placed on the Ilios Ruins arena map to commemorate their victory.

Check out Overwatch on Twitter regularly to stay updated on the most current Battle for Olympus leaderboard standings!

Free rewards and new shop content are incoming! You can complete special challenges for free rewards throughout the Battle for Olympus event. Unlock voice lines, player titles, and work your way up to unlocking the Legendary Winged Victory Mercy skin! The shop will include new cosmetics and bundles you can buy with your Overwatch Coins.

See you on the battlefield

Jump into Battle for Olympus now through January 19th to earn your free rewards and fight for your hero’s statue on the Ilios Ruins arena map!

Regardless of your patron myth, make sure to have fun, give it your all, and claim victory for your team and hero!