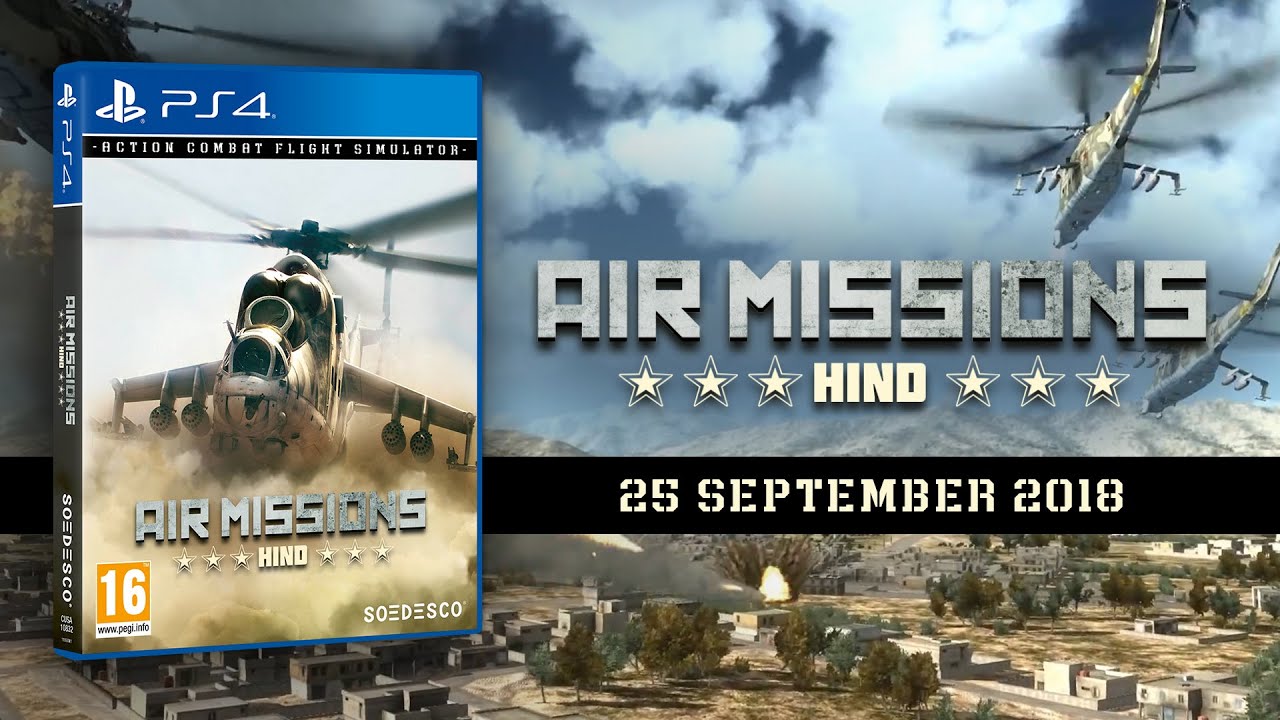 Get to the chopper, now! The intense helicopter action combat flight simulator Air Missions: HIND has lifted off for PlayStation®4 and is now available in stores around Europe. The American release will follow on October 9.

Enlist for duty
In Air Missions: HIND players can dominate the skies in 4 realistic assault helicopters, among which the iconic Mi-24 Hind. Professionally piloting through fictional missions, the aim of the game is to successfully complete objectives such as eliminating specific targets or taking down hostile helicopters, with a wide range of weaponry.

Team up for combat
In addition to the singleplayer campaign missions, Air Missions: HIND offers singleplayer training flights, Instant Mission and Instant Action modes. Waging war together is possible as well with the (online) co-op campaign and co-op Instant Missions. To complete the turmoil, the game includes an online multiplayer which enlists fighter pilots in Deathmatch and Team Deathmatch.