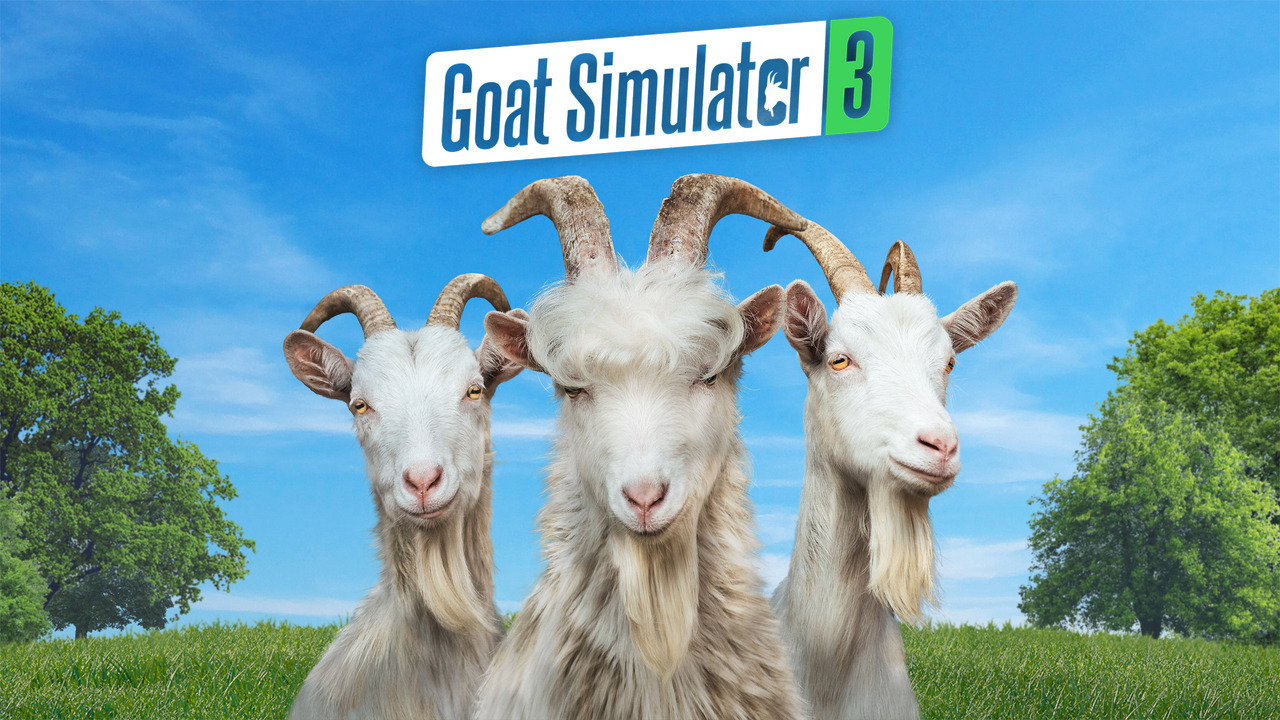 This follow up to 2014’s Goat Simulator starts an all-new adventure, once again featuring Pilgor the goat. This time she’s found new pastures on the sprawling sandbox island of San Angora, a place where mysteries and chaos follow wherever you go. Players are free to roam around and discover the island’s secrets or, well, just destroy stuff. This is a Goat Simulator, after all.

Built from the gravel up, this next generation of goat simulation has it all; Goats, goats wearing hats, goats riding a goat wearing a hat. There are also unnatural disasters, secret animal societies, triple jumping and probably any other nonsense you could think up. But truly, what is all this exciting newness without friends to explore it with? In Goat Simulator 3, you can gather as a herd of up to 4 friends to be the goats of your dreams, together. Yes, Goat Simulator 3 has online multiplayer!

Goat Simulator 3 is a direct sequel to Goat Simulator, a silly game that started life as an April Fool’s joke born out of a game jam. In 2014, Goat Simulator became a true goat simulation sensation, selling millions of units across consoles and PC, as well as ‘earning’ ports to Nintendo Switch, iOS, Android, and most-recently Apple Arcade.

Goat Simulator 3 builds on everything fans of the first game loved, raising the baa to brand new heights (sometimes literally). Goat Simulator 3 is coming to Xbox Series X|S and PlayStation 5 this fall (this spring on the Southern Hemisphere) and for PC exclusively on the Epic Games Store.