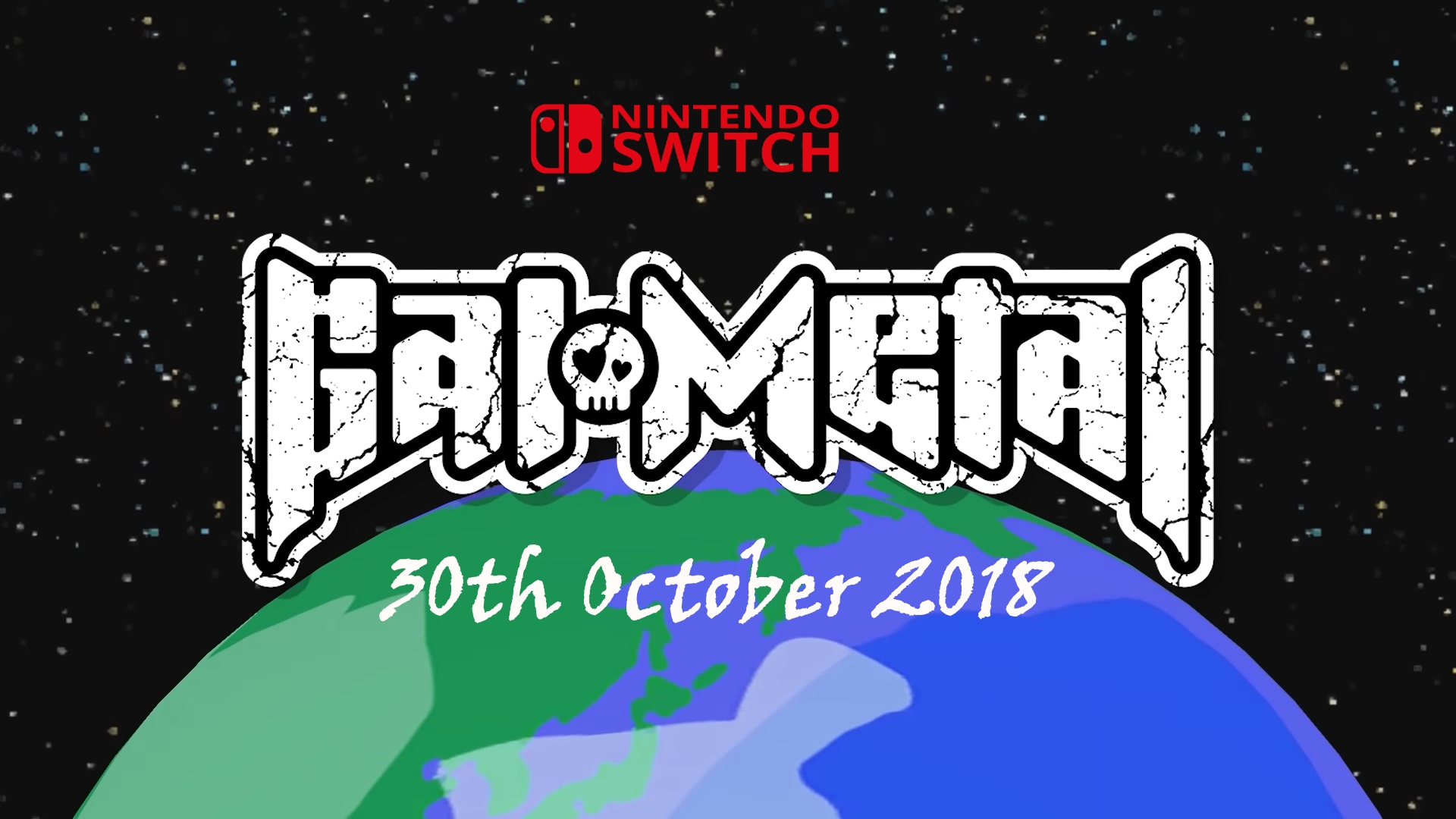 Gal Metal – Aliens is invading the Switch at the end of October!

Gal Metal was recently announced by XSEED Games and will be available on Nintendo Switch very soon!

What is Gal Metal?

Gal Metal is a rhythmic game that turns your joy con into drumsticks. Both L and R cons produce diff tunes but by using both, it will create a cymbal crash effect. It can be played with a pro controller too. Once you have mastered the beats, you can turn them against the aliens.

What are the Features?

•Jam Your Way – A new spin on traditional music gameplay, Gal Metal eschews predetermined musical notes and lets the player create their own drumlines based on over a dozen beats. Practice the beats in your club room after school and wrack up unique combos to blow the aliens away in live performances.

•Unique Storytelling – Divided up into episodes ending in climactic concerts, the lighthearted story of Gal Metal unfolds in animated manga panels and text messages brimming with personality. The manga reads right-to-left for an authentically Japanese experience.

•Be an After-School Specialist – In between performances to take on the pesky aliens, you’ll manage your own life as a student. Improve your skills and friendships by doing part-time jobs, hanging out with your friends, and jamming in the club room.

•Show Your True Mettle – While the basic gameplay of Gal Metal is simple to learn, players who master the beats can earn millions of points by creating complex performances. How much metal power can you score?

When will it release?

The game will be available in the eShop for $29.99 (approx MYR 125) on 30th October and on the same day the DLC “Encore Pack” will available at $9.99 (approx MYR 42). The “Encore Pack” comes with an additional five new characters, each with their own unique story episode and song. Pre-orders for this title on the eShop starts from 18th October 2018.

There is also one physical bundle “World Tour Edition” up for pre-order on the U.S.region retailing for USD 39.99 (approx MYR 166).