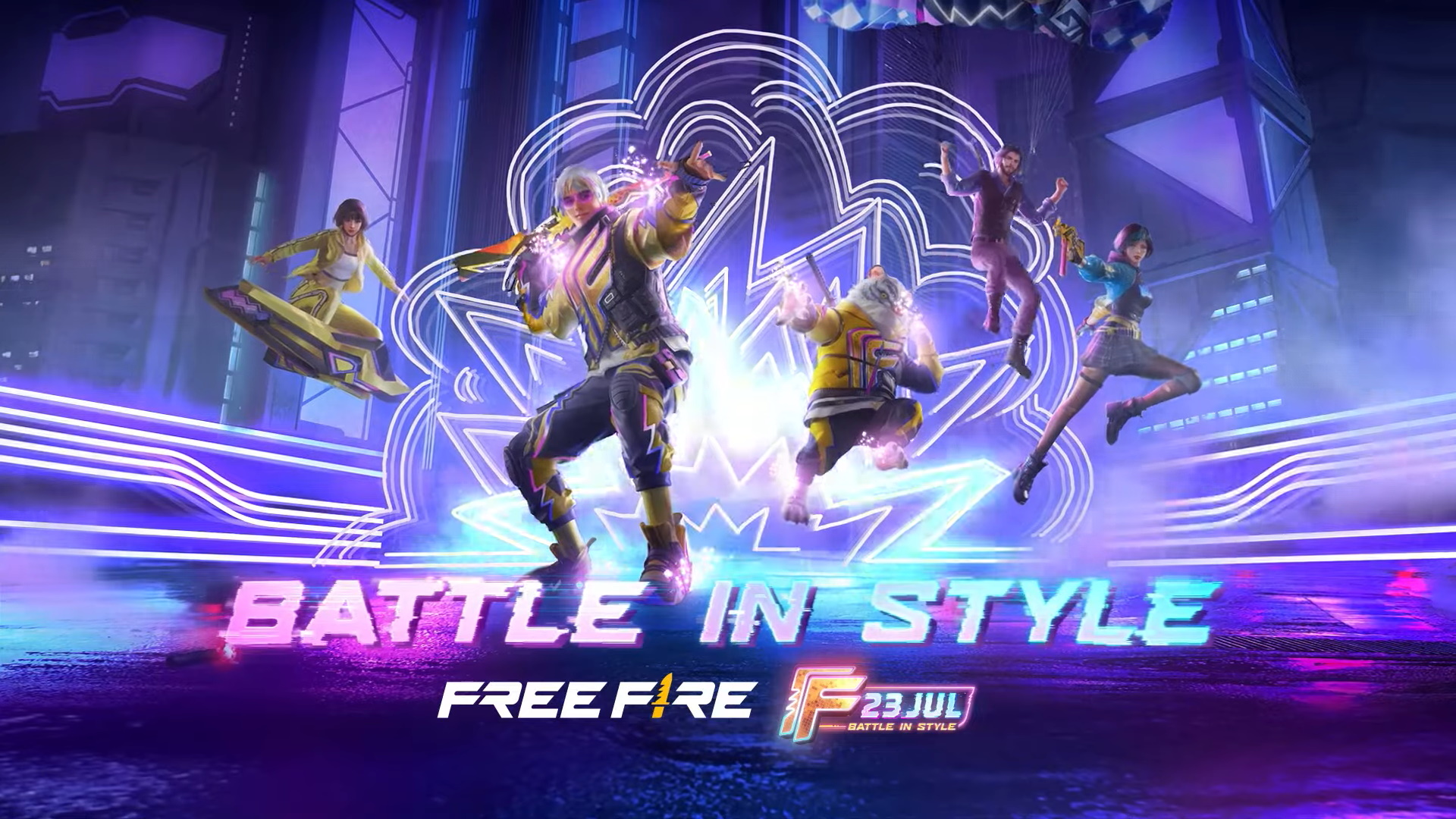 Following the last debut of its new logo, Free Fire revealed a full suite of its new look and feel, a new co-creation program, and the return of its Battle In Style campaign.

Free Fire will offer players a brand-new experience this July. With a new logo, icons, font, and graphics, Free Fire’s brand refresh will transform its original user interface into a vibrant, and even more immersive world for gamers worldwide.

The stylistic revamp comes in the wake of the Battle In Style spirit, introduced last year and gradually reflected in the numerous campaigns and changes that followed. Today’s changes mark the game’s embodiment of Battle In Style both at its core and in its look, a spirit evident among its players – lively, expressive, free-spirited, and boldly true to themselves.

Watch the spirit of Battle In Style come to life in this animation.

Battle In Style with Free Fire

This July, players will also be invited to join in a comeback of Free Fire’s Battle In Style campaign, with Free Fire character Maxim as the protagonist. The Battle In Style film follows a regular shop assistant and his in-game avatar, Maxim, as they evolve both in and out of the game.

Inspired by Free Fire’s brand refresh, the shop assistant challenges his mundane daily routine and unleashes his full personality, bringing the spirit of the game to life. Through the film, Free Fire hopes to inspire young people around the world to “Don’t Hold Back, Battle In Style!”

Watch the backstory for this year’s Battle In Style campaign on trailer below.

FF Co-Lab: Free Fire co-creates with players, brands, and professionals around the world

To kick off this movement, Free Fire teamed up with notable type designer Akira Kobayashi on a new brand font, Garena Free Fire, exclusive to the mobile title and featured in-game and beyond.

More information on FF Co-Lab will be released soon. Changes, activities, and goodies: Plenty to look forward to between 20th and 23rd July

The game will also receive new modes and features alongside the brand refresh. On 20 July, Free Fire will introduce a new buff system to the Lone Wolf and Clash Squad mode, which can be activated in custom room matches as an added challenge. In addition to the brand refresh, players can participate in a series of activities and events to experience Free Fire’s evolution and Battle in Style.

Battle In Style activities and rewards to look out for from 20th July to 23rd July.