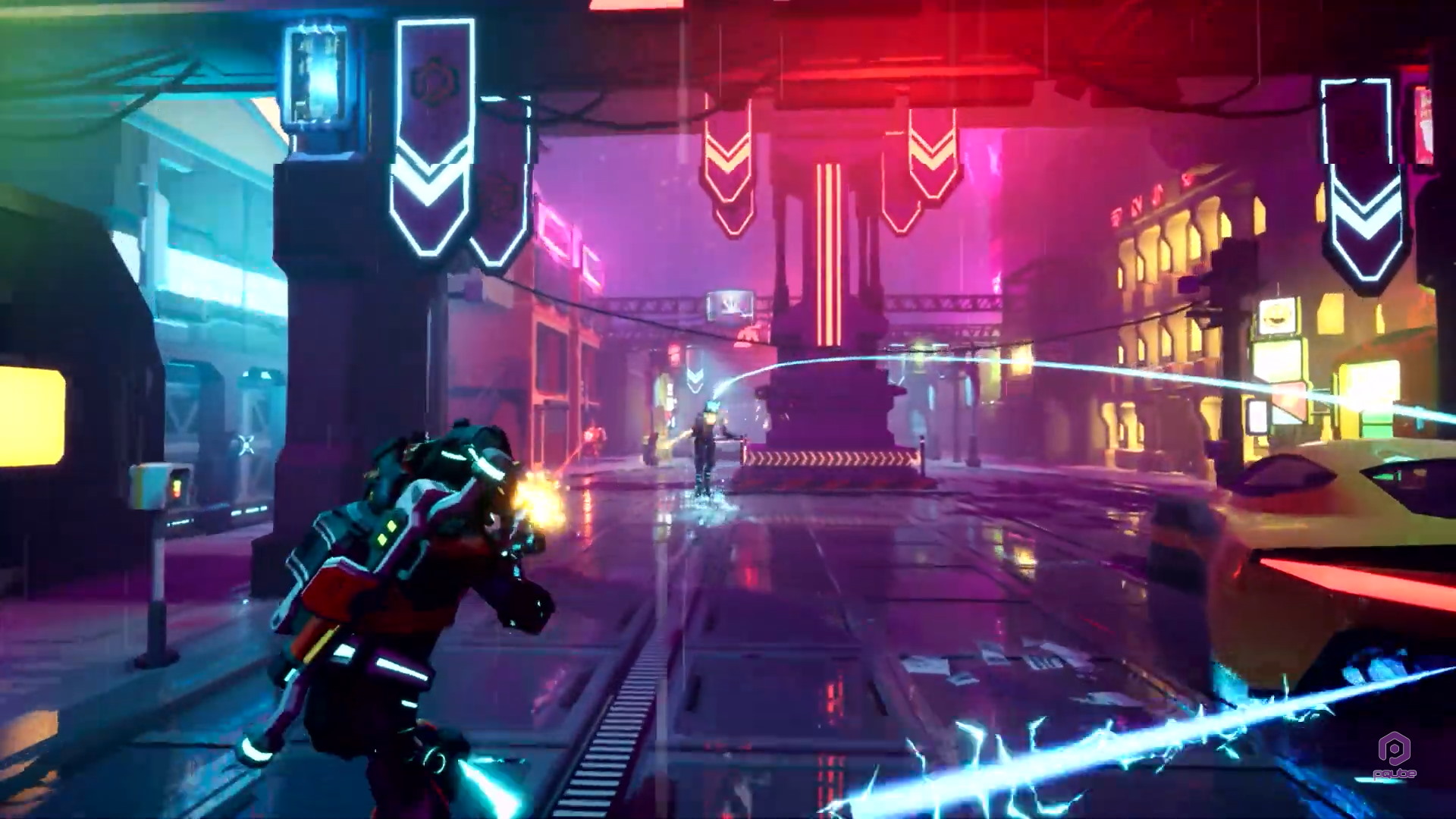 PQube and developer TrickJump Games are excited to announce that cyberpunk action roguelite ‘ArcRunner’ is coming to Steam, PlayStation 4, PlayStation 5, Xbox One & Xbox Series S|X. On board the Titan-Class space-station “The Arc”, a meta-virus has infected KORE – the station AI. Every robot on the station immediately turned on its inhabitants, and they all mysteriously disappeared – location unknown. ​
The ArcRunner protocol is initialised: The stored mind of the greatest tactical operative downloaded into a cybernetic android body and released with one goal: Defeat the zone Guardians, make it to KORE and restore it to sanity.