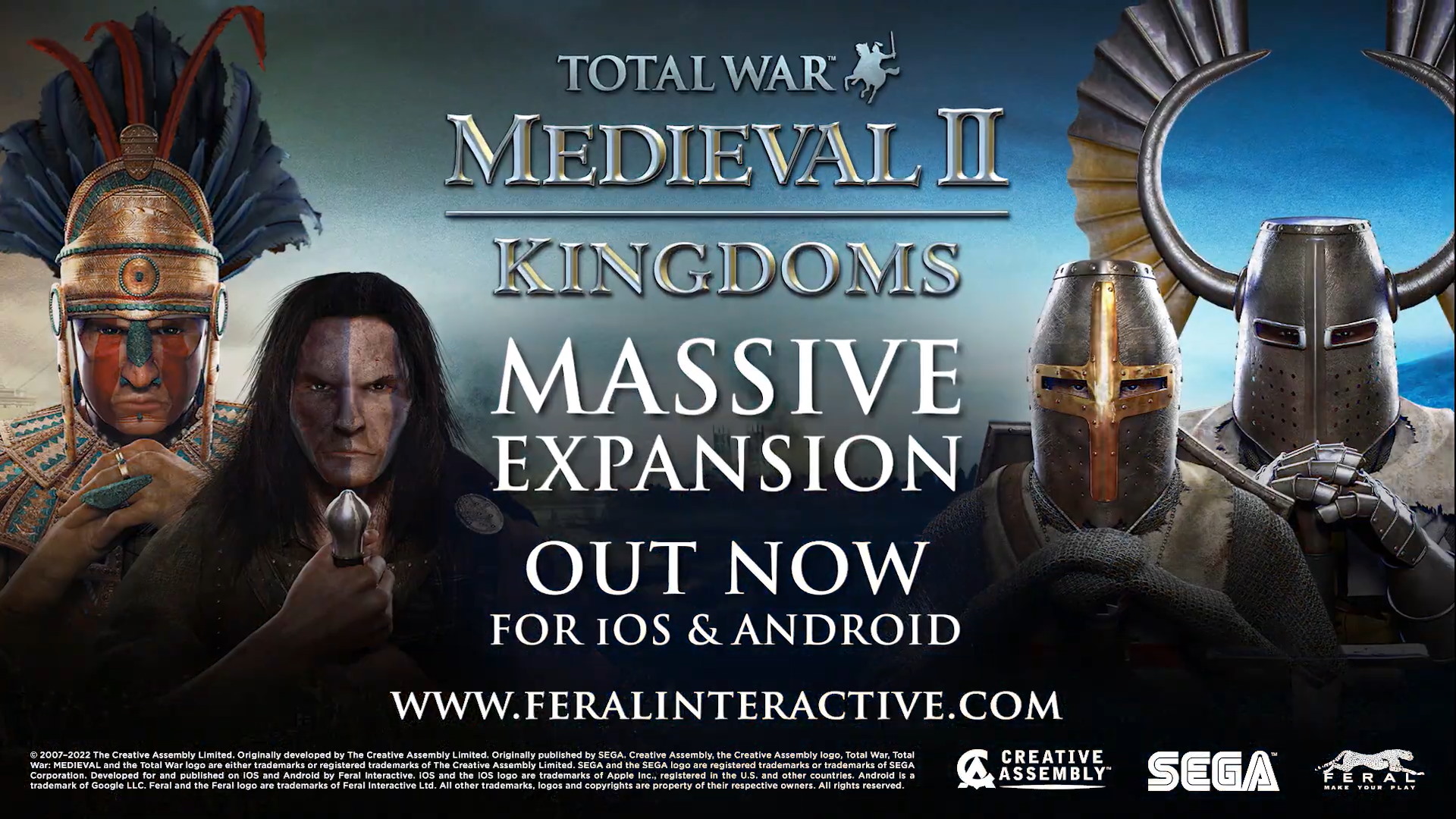 Feral Interactive and Creative Assembly have announced that the massive Kingdoms expansion for Total War: MEDIEVAL II is now available on iOS and Android.

Alien: Isolation for the Switch lands a December 5th release