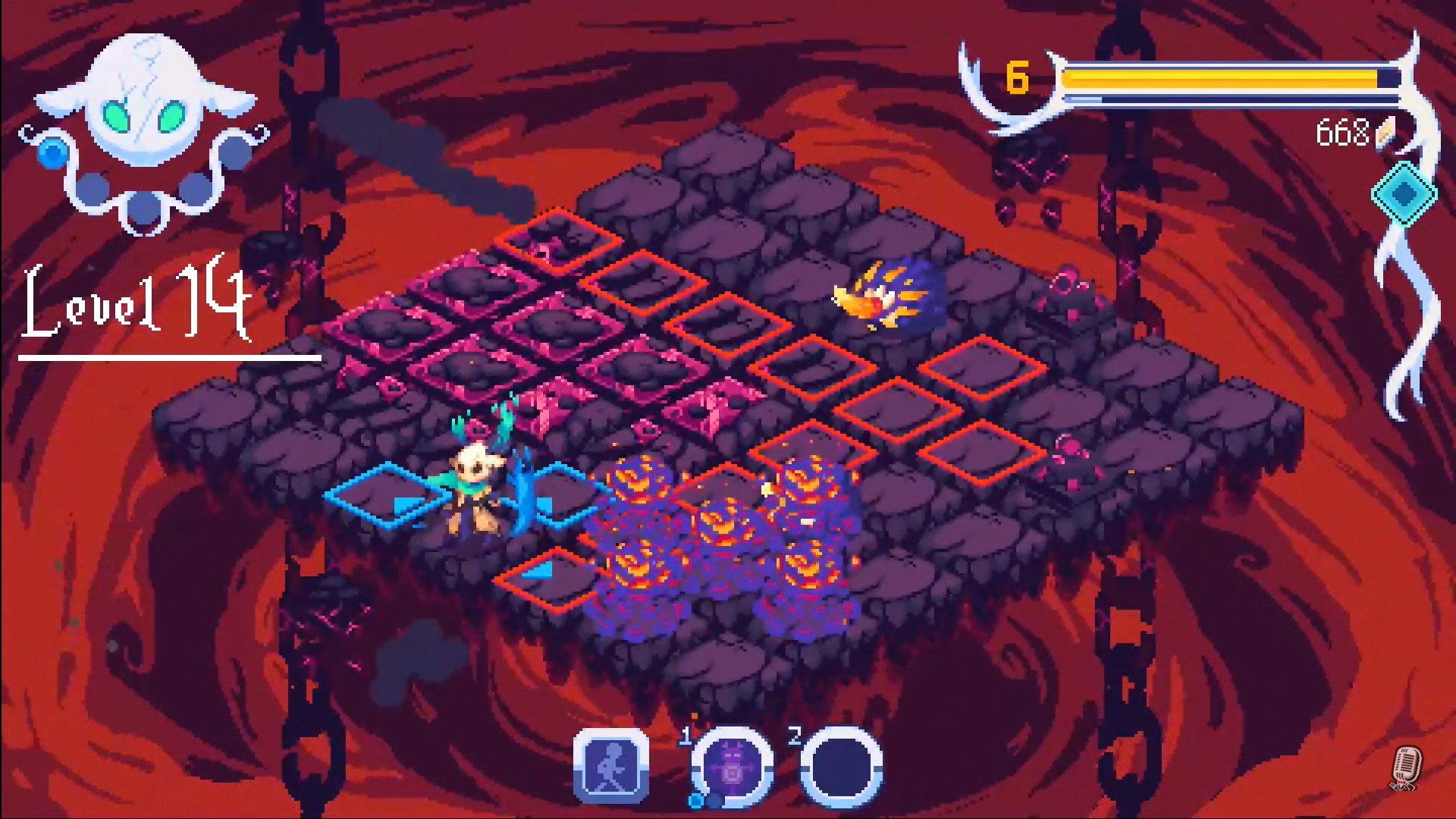 Publisher DANGEN Entertainment alongside developer by Lunic Games / Danilo Domingues has announced that the upcoming title Evertried, an isometric, tactical rogue-lite is set to release on Nintendo Switch, PS4, Xbox One and PC on October 21st. A demo version of Evertried is currently available for PC via Steam.

Evertried is a tactical rogue-lite set in the afterlife where the player takes the role of a fallen warrior who must ascend a mysterious tower by defeating enemies in turn-based combat. Each floor presents a unique challenge to overcome through wits, strategy and positioning. The player must make clever use of attacks, movement, skills and hazards to clear floors of enemies and ascend higher in The Tower toward their destiny.

In Evertried, the player’s actions dictate when the enemy moves. In other words, everything moves after the player. The game plays out as fast or methodical as the player wants, featuring a free-flowing turn-based action combat system. Alternating between moving, attacking, dash, skills and luring enemies into hazards is the key to success. Players must develop intricate strategies and customize their skills to outsmart and outmaneuver their opponents. This is combined with a rogue-lite system where the player strives to ascend higher in The Tower with each run toward the end of the game.

Game features and story elements as shared on Steam:

Hitting or defeating enemies in succession increases your Focus Level, which determines the shards you receive and unlocks special powers called Modifiers. The Focus Level goes down when you are idle or just moving, so there is incentive to keep up the action. Luring enemies to traps and getting hit by hazards will also affect the gauge, adding to the strategy. 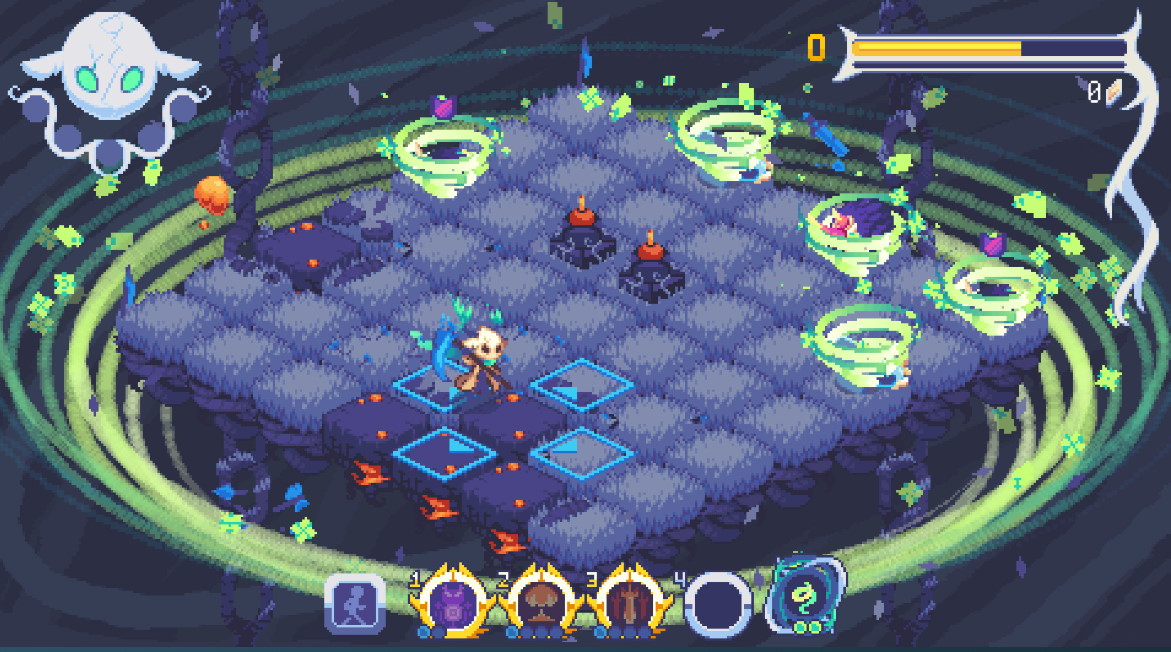 Outsmart Enemies with Dashes and Skills

Moving strategically and attacking is vital. Close the gap with a Dash — a mechanic that allows you to move twice the distance and ignore collision, allowing you to transverse an obstacle or gain a better position. Don’t forget Skills and Modifiers– abilities and passive effects that can be equipped to create your build. Skills improve and carry over into successive runs, whereas Modifiers become stronger based on your Focus Level.

Customize Your Ascent Toward Destiny

The Tower has 50 floors divided into 5 Areas. Each area is unique and introduces new types of enemies. The higher you get in The Tower, the more complex floors will become. Each area has a Shop Floor, where you can spend shards acquired in exchange for health recovery, Skills and Modifiers. Plan accordingly to increase your chance of getting to the top.

Overcome the Guardians, Overcome Your Weaknesses

Each area ends with a Floor Guardian, a boss battle to truly prove your strategic might. Upon losing all your health, the Warrior will dissipate and lose previously acquired powers, reappearing at the First Floor to start ascending again. However, mastery in Skills will carry over into following runs. Rise again Warrior, and face your destiny.

In a world of unflinching order, The Tower is the beacon for lost souls that cannot be assigned to either eternal penitence or the afterlife. Its purpose is to provide lost souls the opportunity to prove their fate by climbing to the very top as a way of peregrinating.
Without a clear memory of what happened, you know one thing: You did not prove your worth while alive. Through your first steps in The Tower, you are faced with a mindless beast, a wolf-like creature that looks aggressive and confused. As it rushes to attack you, you find an eerie Scythe and slay the beast where it stood. You feel a strange connection to your memories getting back. The weight of the weapon. The cold decision on how to wield it. There is no doubt: You were a warrior in your past life.

Dying as a warrior is nothing strange, but warriors are received in the afterlife with glorious celebrations as they die honourably. Being tested after death could mean that your death wasn’t usual. Your death was without honour. 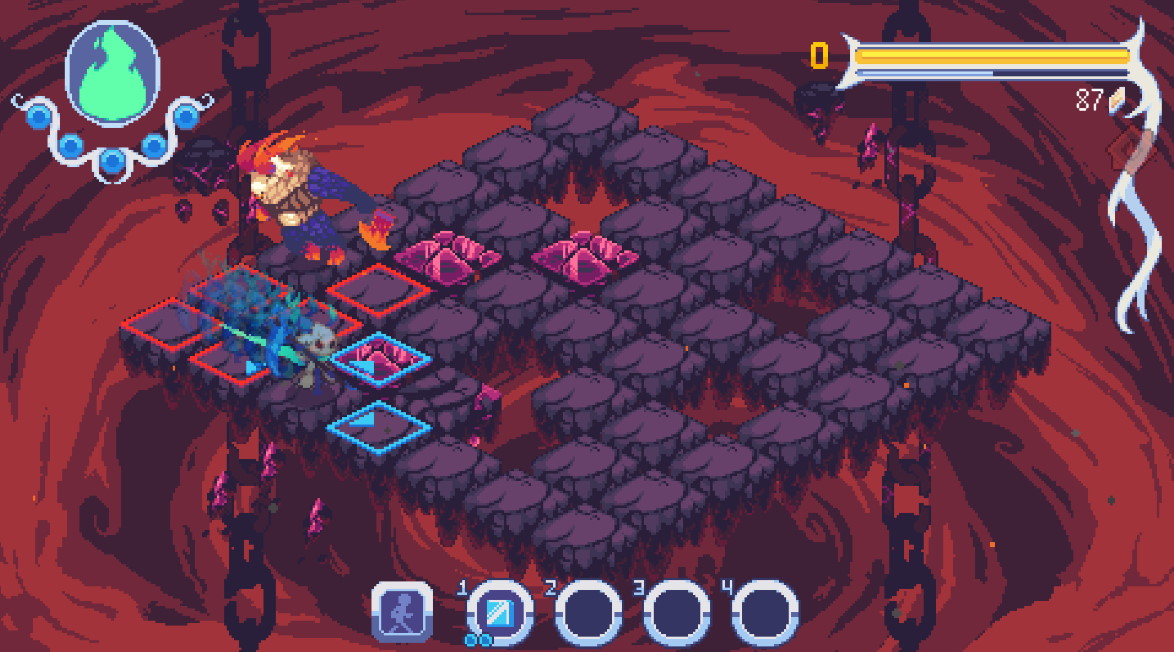 The quickest way to prove your value as a warrior is through combat. And the clearest way to your past is seeking the one that oversees it all, The Tower’s creator. Determined to get your answers, you begin your climb, feeling your bond with your past life strengthening as you battle, searching for your past while fighting for your uncertain future.