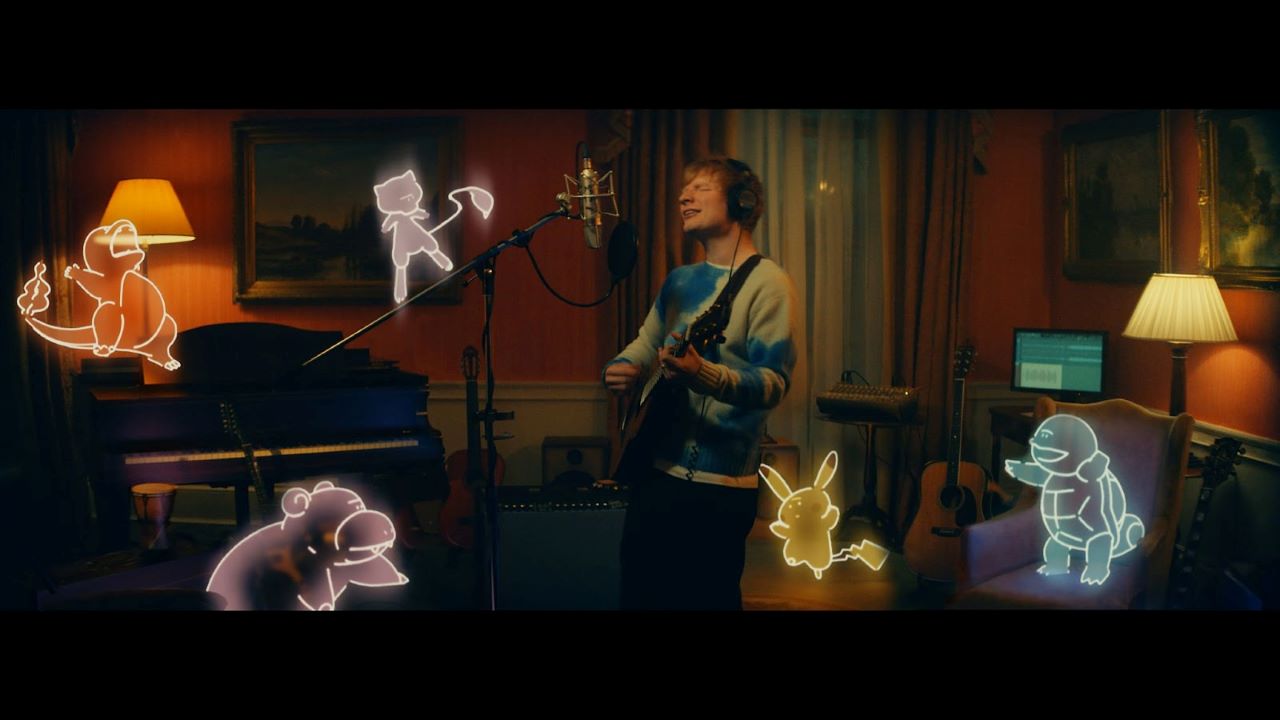 The Pokémon Company is delighted to share the following news about the collaboration of Ed Sheeran with The Pokémon Company group on a new song, ‘Celestial’ by Ed Sheeran. The special track will appear in the highly anticipated video games, Pokémon Scarlet and Pokémon Violet which will launch on November 18 exclusively on the Nintendo Switch, but fans can get an early listen and enjoy the music video for the song on Ed’s official YouTube channel today.

1) Concept of the Music Video

Ed Sheeran was a big fan of Pokémon during his primary school, and the concept of the
video is reminiscent of the doodles that Ed drew of his Pokémon as a child.

The music video is inspired by Ed Sheeran’s childhood fascination with Pokémon characters
such as Pikachu, Squirtle, Machamp, Snorlax and more.

The music video was directed by the award-winning Yuichi Kodama.

The video is full of easter eggs for fans to discover and transports viewers back to a simpler
time in their childhood when the sky was the limit.

“I loved the whole world they created; it kept me distracted if there was negative stuff happening in my life/school that I wanted to avoid. It was a world I could escape into and I’ve played it ever since. Even though I’m 31 now, I still own the same Game Boy Color and play Pokémon Yellow or Silver on planes and trains when I’m on tour. It’s such an honour to add a song into a Pokémon game and shoot a nostalgic video too. I hope you guys enjoy the song and video – it was a blast to film!”

“Working with a superstar like Ed has been a dream come true for us at Pokémon. We are all such big fans of his and, not only was he a joy to work alongside, his authentic love of everything Pokémon really shines through. Yuichi Kodama has done a fantastic job of capturing a feeling of pure childlike joy and sense of adventure within the video too. Both of their genuine adoration for Pokémon makes this a truly special collaboration and we can’t wait to see Pokémon fans and music fans singing along to Celestial. I hope everyone is also looking forward to enjoying the track later this year in the Pokémon Scarlet and Pokémon Violet games.’’

Celestial is available now to purchase and stream on https://edsheeran.lnk.to/celestial.