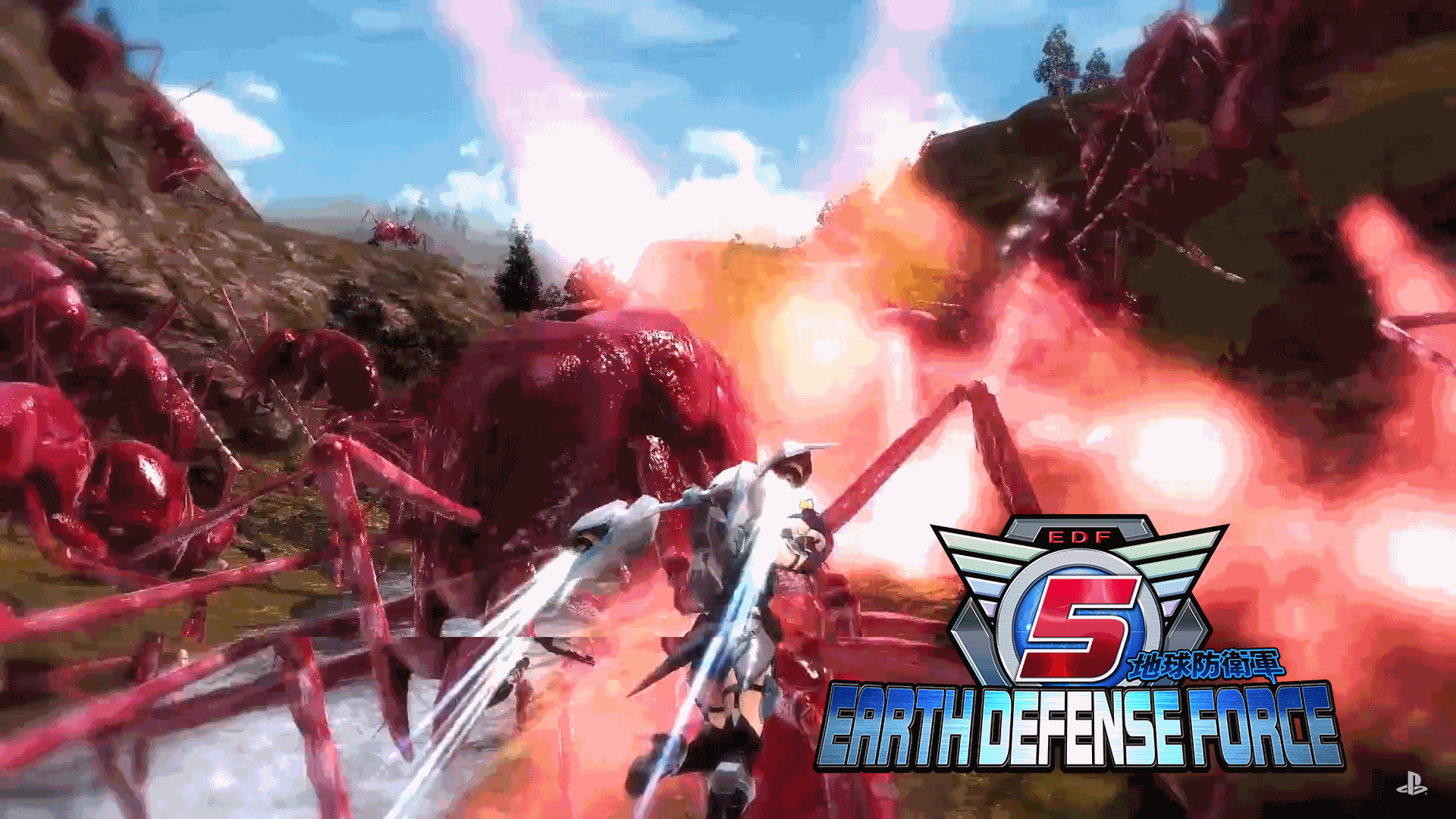 Fans of the series trademark bug squashing, alien killing and robot recycling with destructible environments will be overjoyed to learn that Earth Defense Force 5 will finally be releasing on December 11, 2018 in the west as recently revealed by D3 Publisher at Tokyo Game Show 2018.

It comes in both Standard and Deluxe Edition and will be available for pre-order now via the PlayStation Store.

Standard edition will come with the following:

If that doesn’t stoke your excitement enough, the Deluxe Edition will come with additional items such as:

All DLC is expected to released by March 2019 and fans can enjoy all the mayhem with 2 player co-op only on the PlayStation 4.

Earth Defense Force 5 is finally getting a West release