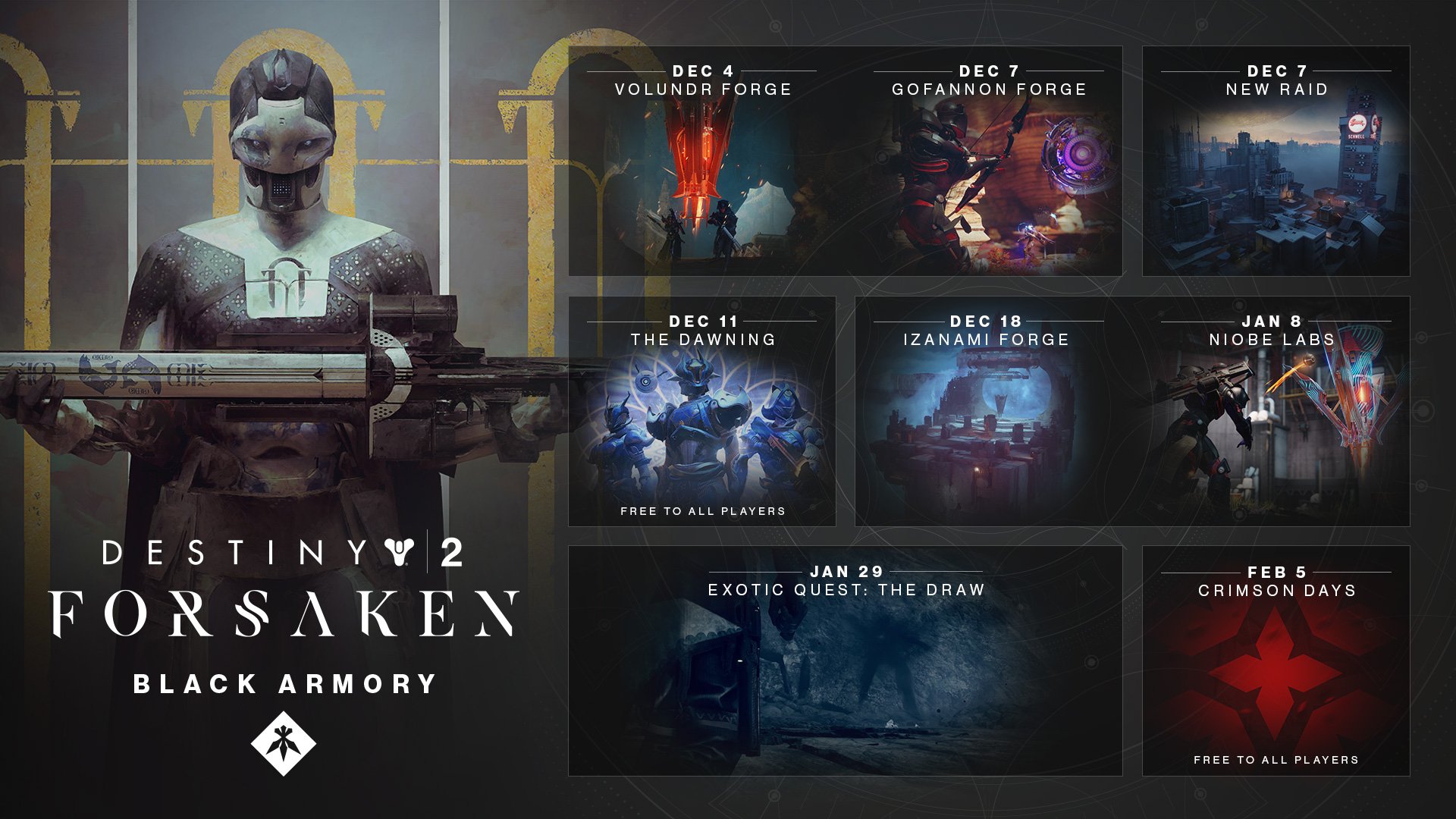 Developer Bungie has not forsaken (hint hint) it’s fans just yet. As part of the Destiny 2: Forsaken Annual Pass, the latest expansion called The Black Armory, with a new AI vendor Ada-1 providing one new exotic quest and multitude of weapons which looks practically amazing. Here’s a quick look: