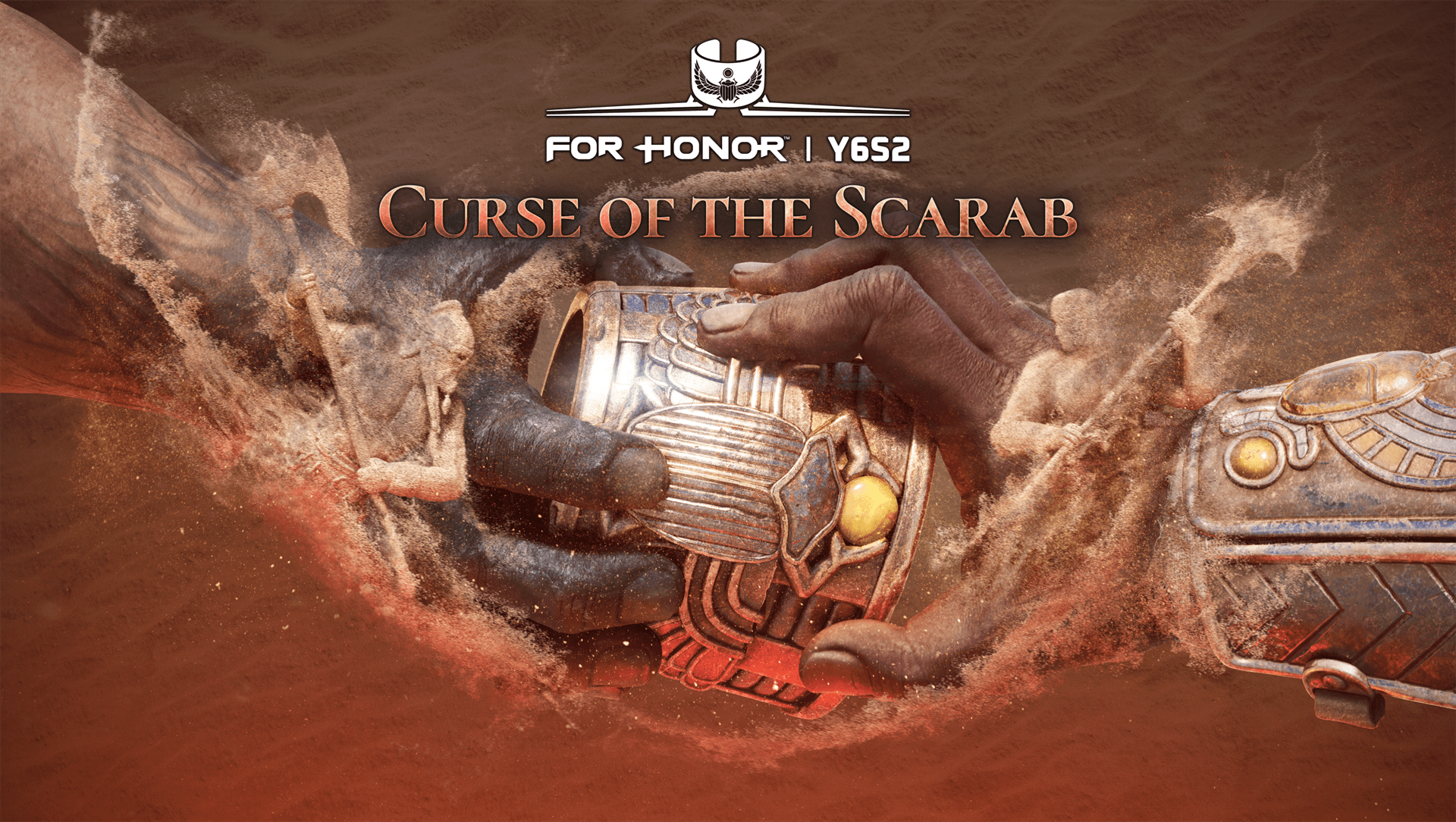 Ubisoft has announced that For Honor’s Year 6 Season 2, Curse of the Scarab, will release on June 16.  After the Great Cataclysm, Bolthorn used the stolen relics’ power in an attempt to save his people, but he unknowingly released a terrible curse upon Heathmoor in the process. Inspired by Egyptian mythology, this season introduces a new Hero Skin, a new Battle Pass and Battle Bundle, the Justice of the Pharaohs event, and brings back the Testing Grounds from June 30 to July 7 focusing on Guardbreak vulnerability changes.

The Curse of the Scarab will bring forth new in-game environment changes to reflect the curse brought over Heathmoor. Players can look forward to the three-part short story “Sands of Ruin,” which will reveal Bolthorn’s motivations for using the stolen relics and inadvertently dooming the land, and part one releases on June 17. The new event, Justice of the Pharaohs, has a new variation of the Dominion game mode, lootable weapons, a free event pass, and new orders. The playable event is on the Riverfort map, including ambiance and art updates, and takes place from June 16 until July 7. More surprises will be revealed later in the season.

For the latest about For Honor and other Ubisoft games, please visit news.ubisoft.com.