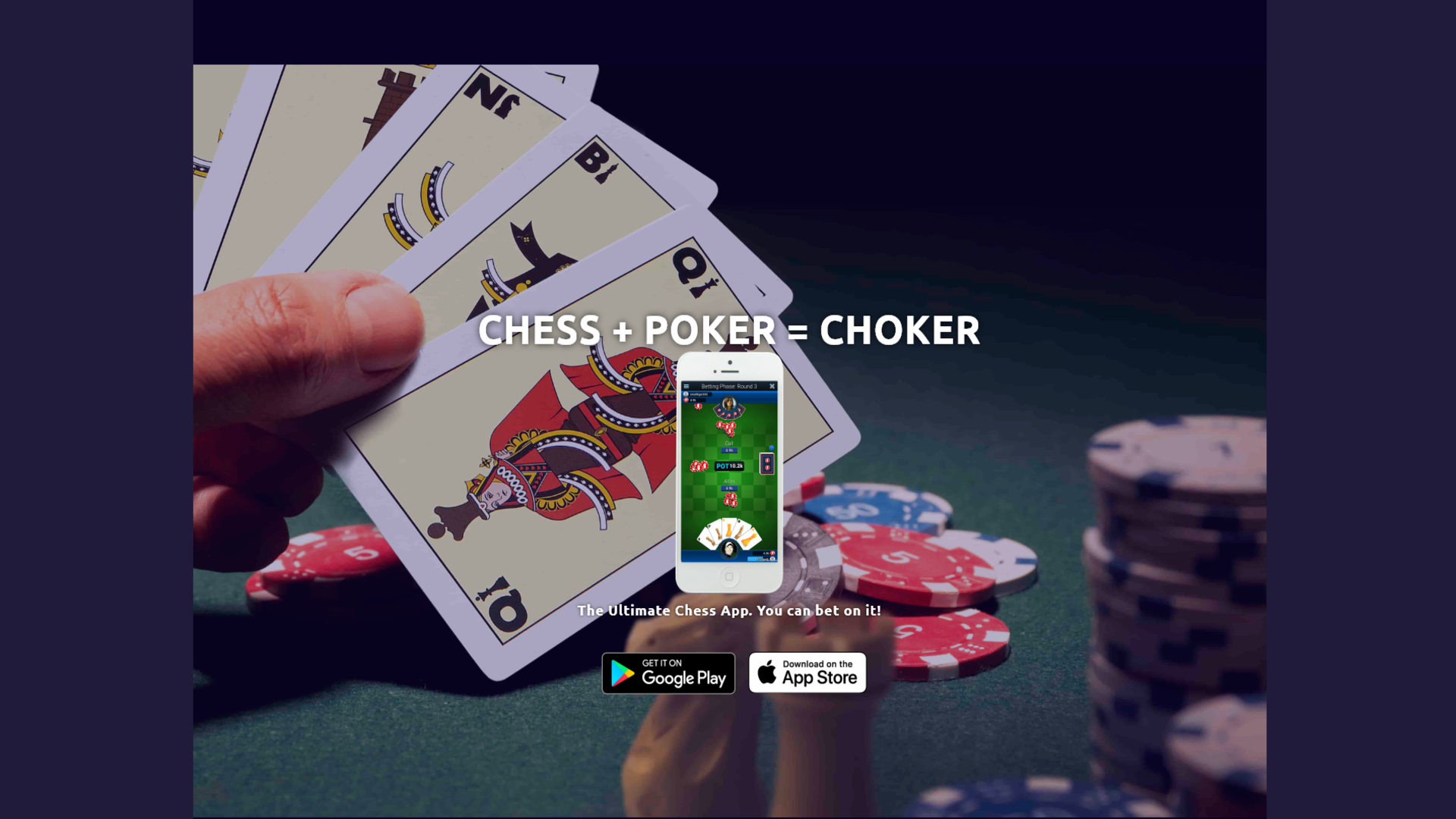 Award-winning games maker Andrew Finan and developer Queenside Games are proud to announce that the chess and poker fusion game, CHOKER, is now available worldwide on iOS and Android. CHOKER, a free-to-play game, sees the worlds of chess and poker collide in a modern reinvention of the classic games, where players need cunning and cool calculation to claim victory and win the pot.

Inspired by their brilliance, Finan worked on his chess game hoping to be able to challenge them. When he did play them casually, he found that not only could they crush him with ease – they could do it while blindfolded and playing twenty other people at the same time.  In chess, there is no element of chance to help the underdog, no double six, no lucky deflection, no Royal Flush. He found himself musing about the differences between chess and poker in which you always have a chance – even against the greatest. He wondered what would happen if you added elements of poker to chess. Minutes later the basics of Choker were sketched out. The best of both worlds

Choker brings the bluff, street smarts and unpredictability of poker into the pure skill and knowledge-based game of chess.  The result is an unfathomably deep game – a Mixed Mind Sport which requires new divergent skills. Multiple Game Modes – CHOKER allows you to match yourself against the AI to practice, your friends for bragging rights and thousands of players from around the world.

Speed Chess – Players use a Chess Timer to place their pieces and play real Chess. Its blitz-speed 2-player chess! But armed with only 7 pieces, who will hold their nerve?

Choker is a fast-paced, strategy game that brings 21st-century gaming techniques to the ancient game of chess. From today, chess players will be able to experience leveling up by winning Guru Points as well as being motivated by rewards and achievements. Steve Martin, CEO of M&C Saatchi Sports, described chess as “the “sleeping giant of the sports & entertainment world”. Queenside Games hopes to wake up this giant from its slumber with Choker. There are an estimated 600 million chess players worldwide and 200 million poker players.

CHOKER is now available on the Apple App Store and Google Play store.