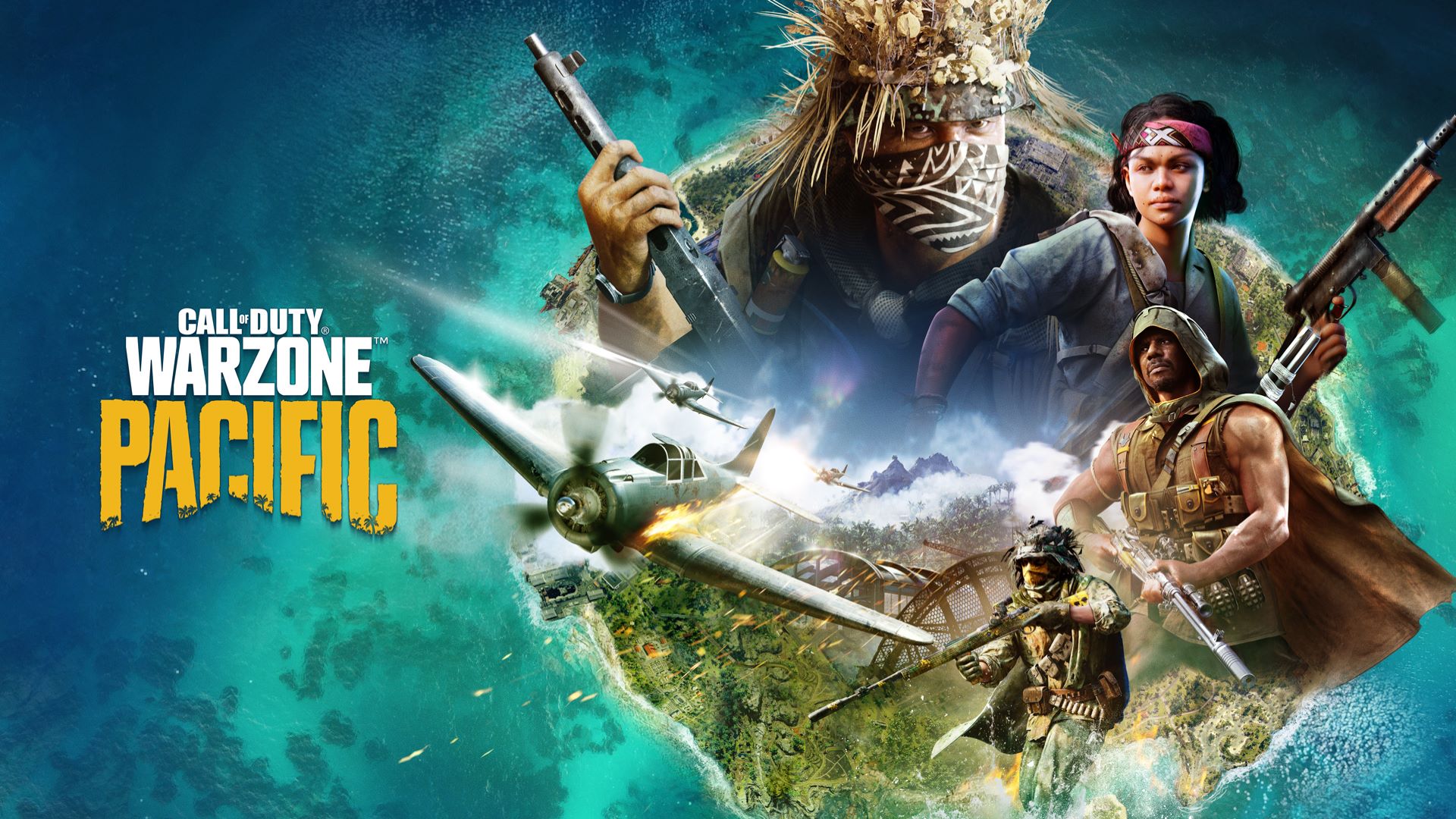 With a brand-new map built on learnings from the community, Warzone Pacific marks a new era of pulse-pounding tactical combat on a massive scale. Featuring a dedicated Playlist with new vehicles and Vanguard weapons, Warzone Pacific’s first season kicks off another year of free content, all based on your own grand epic of stamping out the last of the Axis resistance.

Welcome to Paradise: the new home for Warzone Pacific known as Caldera.

On December 8th, Vanguard owners will receive 24 hours of exclusive access to Caldera, the brand-new Warzone Pacific map. During this initial period, all Warzone players will be able to drop into Rebirth Island. After this exclusive period, Caldera becomes accessible to all players, with Rebirth Island returning later in Season One. Caldera comprises 15 huge, distinct areas to explore and fight across once Operation Vulcan begins. There are also hundreds of lesser points of interest to investigate and use to your tactical advantage.

Outside of Caldera, which Vanguard owners can access on December 8th before all players drop in on December 9th, Warzone Pacific will overflow with new content, including all Operators and Weapons from Vanguard as part of the integration:

At the start of the season, cross-progression between Vanguard and Warzone will be enabled, allowing you to rank up through Seasonal Prestige and unlock new content through the Battle Pass and Challenges. Also, expect the Store in both games to contain new Bundles featuring Vanguard content. Available to all players on December 9th with Vanguard players gaining exclusive play access on December 8th with Caldera, Vanguard Royale leads Season One’s featured Playlist rotation with a game mode that puts a fresh set of vehicles and a streamlined Loadout and weapon pool on the brand-new map.

Specifically, there are two major differences between a Vanguard Royale and traditional Battle Royale: As part of the Season One update, RICOCHET Anti-Cheat will deploy a new, internally developed kernel-level driver on PC to assist in identifying cheaters in Warzone. This will allow players to focus more on the fun new offerings in Warzone Pacific as #TeamRICOCHET fights unfair play with its new anti-cheat security initiative.

Learn more about Call of Duty: Vanguard Season One and Warzone Pacific on the Call of Duty blog.