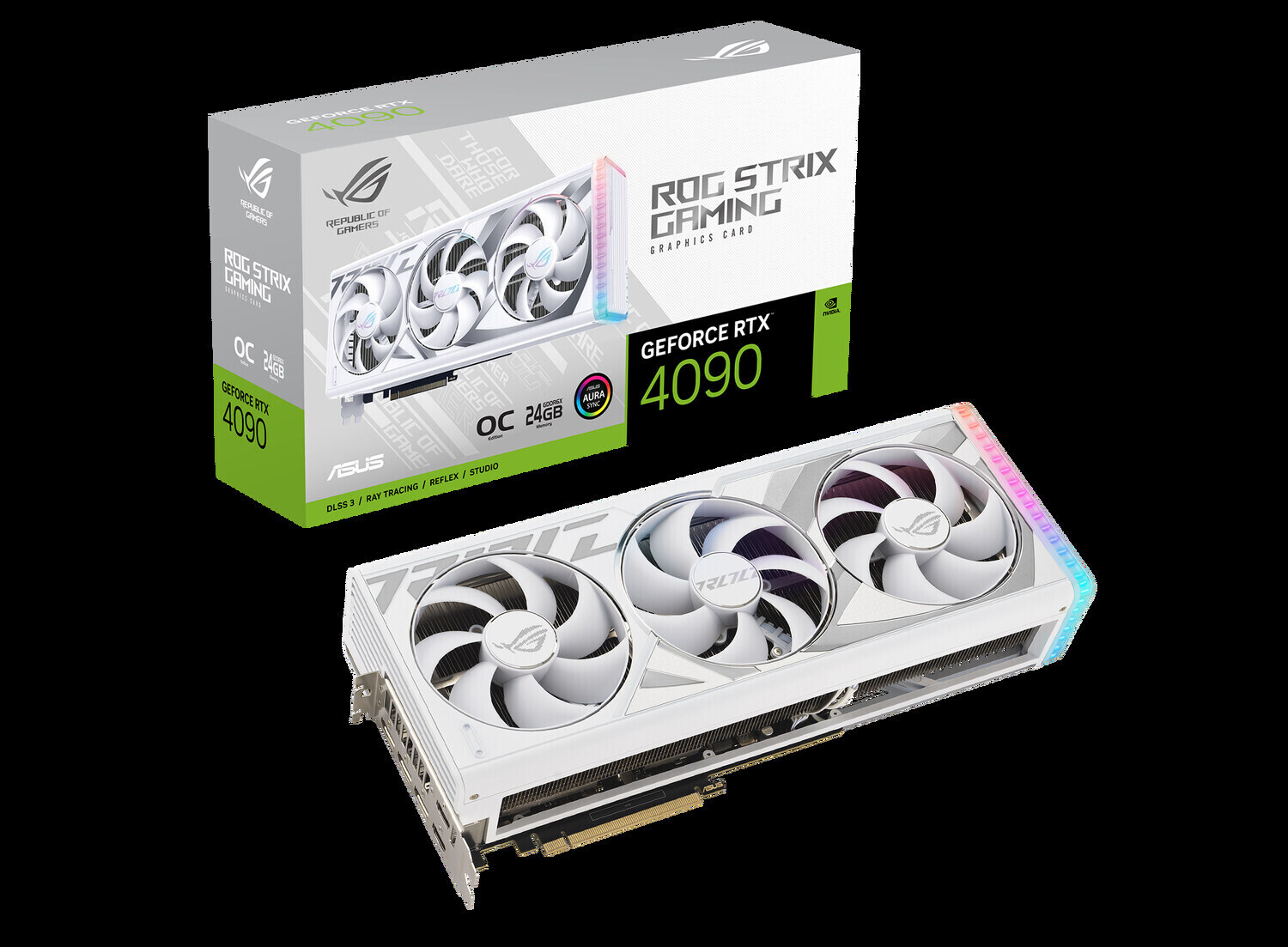 DIY PC building is all about personal taste when selecting components, and the new ROG Strix GeForce RTX 4090 White Edition and ROG Strix GeForce RTX 4090 OC White Edition give discerning builders the option to brighten up a build or color-coordinate with other ROG peripherals, such as the ROG Strix Scope NX TKL Moonlight White. Boasting 16,384 CUDA cores and 24 GB of GDDR6X VRAM, these cards are welcome in simulation rigs, high-end streaming PCs and professional production machines alike. 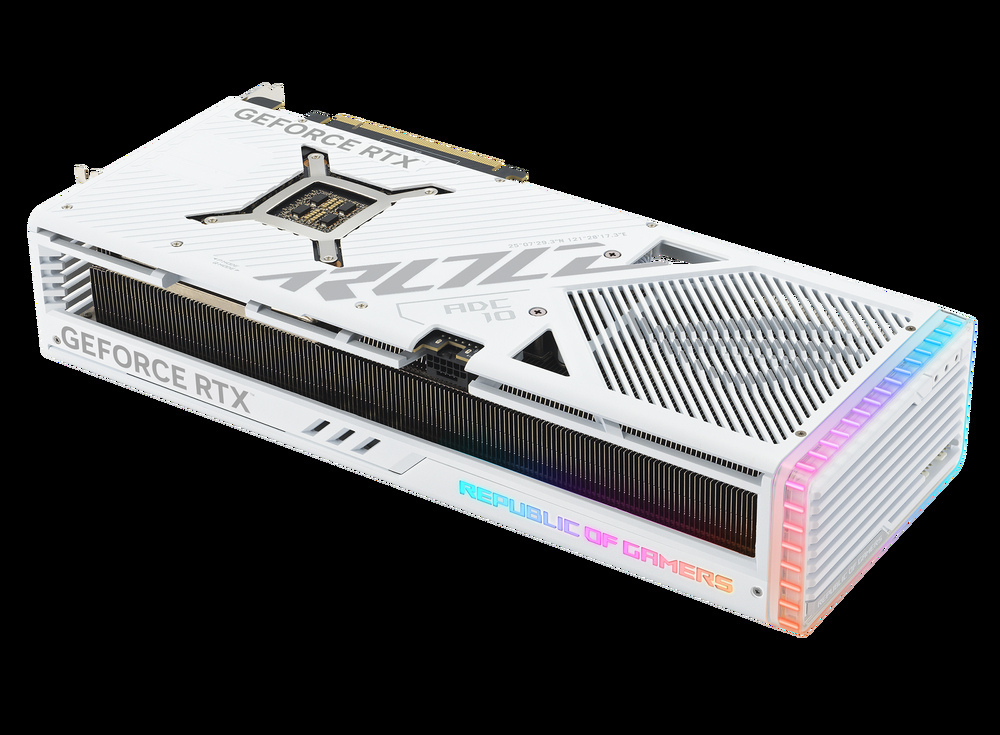 The upgraded Axial-tech fans have been thickened and now provide 23.8% more airflow and 19.3% more static pressure than the previous generation. These improvements allow the card to maintain similar GPU temperatures and acoustics to the previous-generation model, despite the extra power.

ROG Strix cards also bundle a host of advanced features with that high-end performance. An ARGB tail-light works with Aura Sync to offer customized lighting across a build, while two FanConnect II headers, a Dual BIOS switch and 0dB technology give users flexibility and performance to make the card fit seamlessly into their builds.

Finally, like other ROG cards, the Strix GeForce RTX 4090 White Edition is built via the Auto-Extreme manufacturing process that minimizes human intervention, resulting in exceptional and consistent quality for long-term reliability. 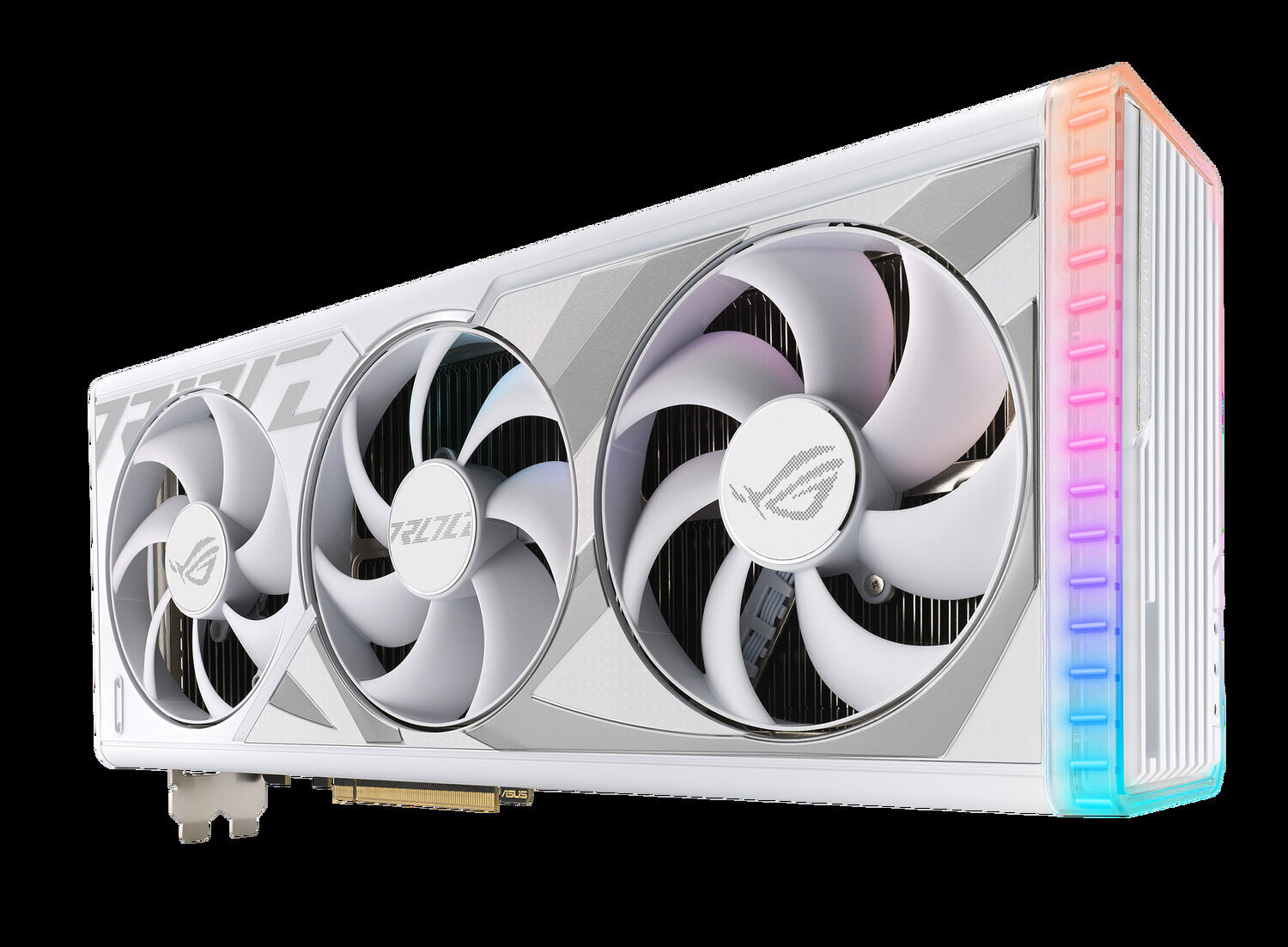