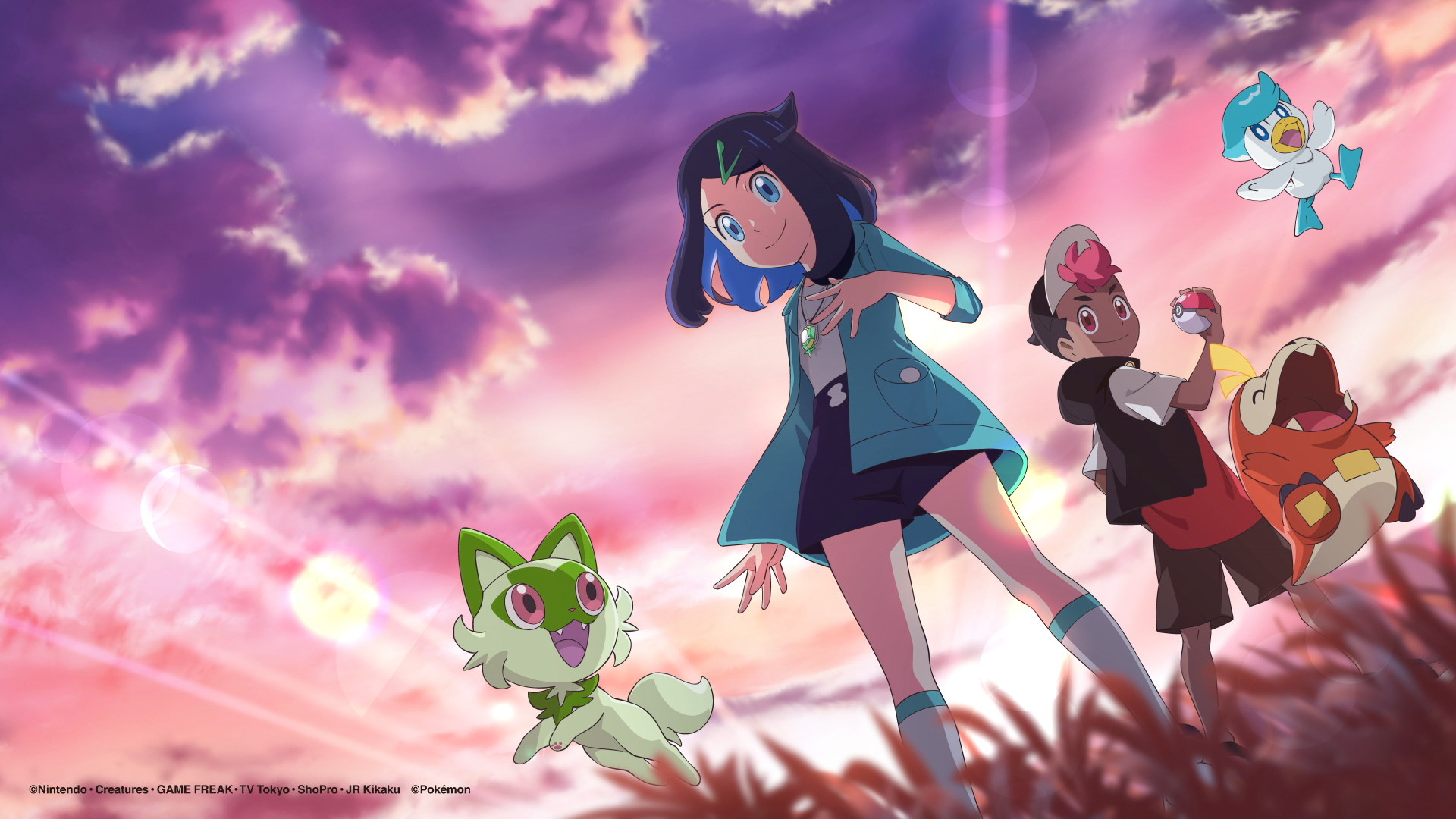 The Pokémon Company group has announced a new Pokémon animated series that will follow a never-before-seen storyline and characters — including dual protagonists named Liko and Roy in the Japanese version of the series — as they set off on action-packed adventures across the Pokémon world.

The new series will premiere across markets in 2023 and beyond, and it will feature Paldea first partner Pokémon Sprigatito, Fuecoco and Quaxly from the Pokémon Scarlet and Pokémon Violet video games, as well as the Legendary Pokémon Rayquaza in its Shiny form. Fans can look forward to unraveling the mysteries of the Pokémon world — from exciting Trainer battles to fun Pokémon encounters.

The upcoming story will debut after the current season of the Pokémon animation, “Pokémon Ultimate Journeys: The Series,” which features Ash Ketchum and his Pikachu winning the Masters Eight Tournament of the Pokémon World Coronation Series.

Following Ash’s historic win as Pokémon World Champion — the culmination of his adventures spanning 25 seasons — fans can commemorate his storied journey with a collection of special episodes to conclude “Pokémon Ultimate Journeys: The Series.” These episodes will feature fan-favorite Pokémon and characters, including Misty and Brock, and they will provide a glimpse at what the future may hold for the world’s strongest Trainer in this final chapter for Ash and his Pikachu.

An all-new Pokémon series has been announced!

Coming soon in 2023 and beyond! pic.twitter.com/2lrM6W1dgW

The forthcoming special episodes not only celebrate Ash’s monumental achievement but also act as an expression of gratitude from Pokémon to all the fans who have joined him and his partner Pokémon Pikachu along the way. Fans can also look forward to what’s to come in the new animated series, which will represent everything they love about Pokémon animation, including action, adventure, friendship, and Pokémon.

More details regarding the new Pokémon animated series will be revealed in the future. To keep up-to-date with the latest news, follow @PokemonNewsUK on social media and subscribe to the official Pokémon YouTube channel.