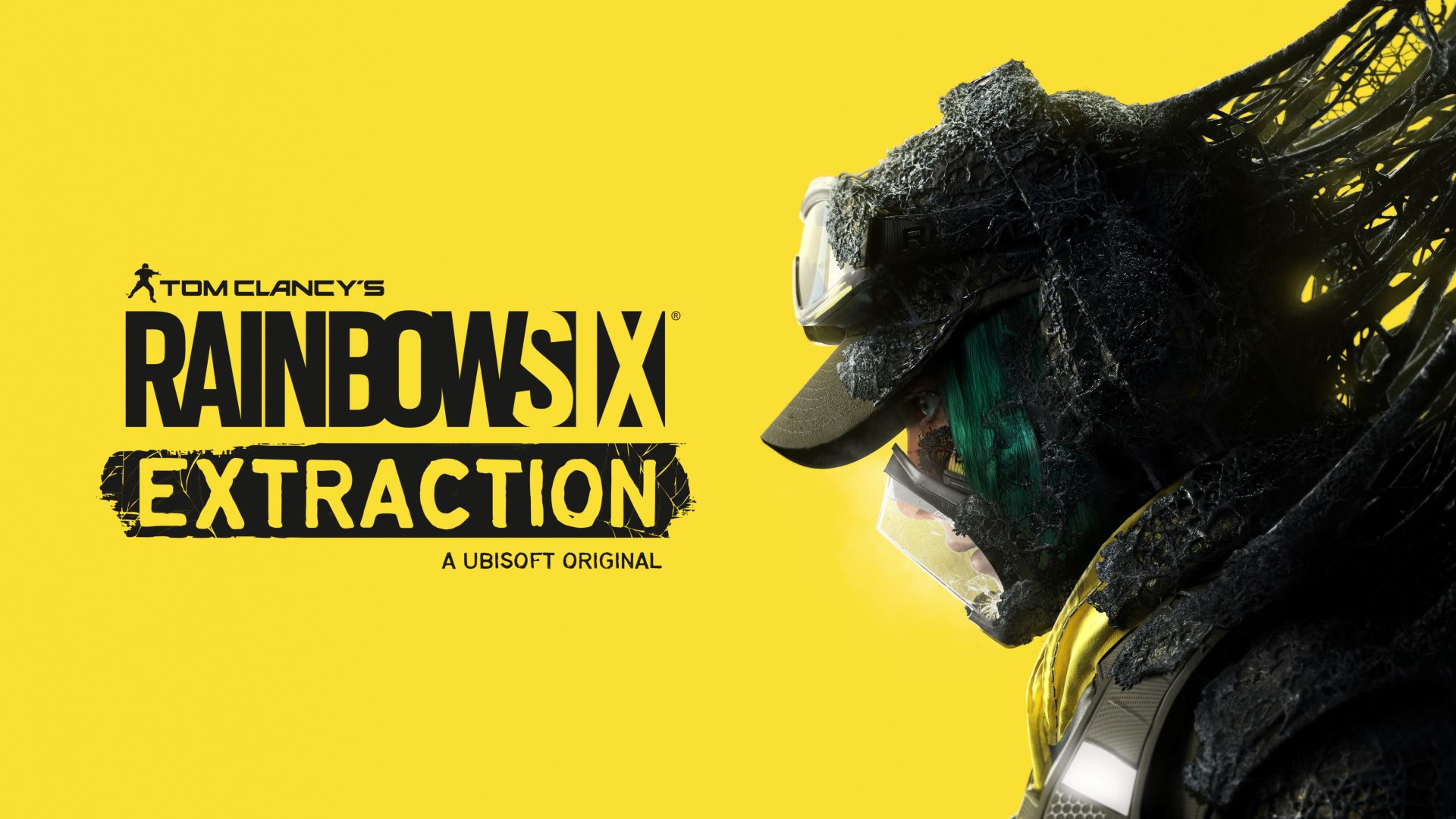 Tom Clancy’s Rainbow Six Extraction Review – If There Is Something Strange In The Neighbourhood, Who Ya Gonna Call?

Tom Clancy’s Rainbow Six Siege came out in 2015 and has gone from strength to strength in growing a very competitive community that is highly active in the Esports scene. Even so, tactical shooters have never been able to pique my curiosity into wanting to know more about them or giving them a shot. I remember when the reveal of Rainbow Six Extraction came around it felt like there was a collective groan of why Ubisoft is making a shooter that no one really is asking for in an already crowded space (at least in my own circles).

Thanks to Ubisoft, we were granted an early review code and together with my two other squad mates we spent the better part of the past week doing a whole bunch of incursions. Our experience may vary but I think now we can safely say that we were surprised by how much we enjoyed Tom Clancy’s Rainbow Six Extraction. 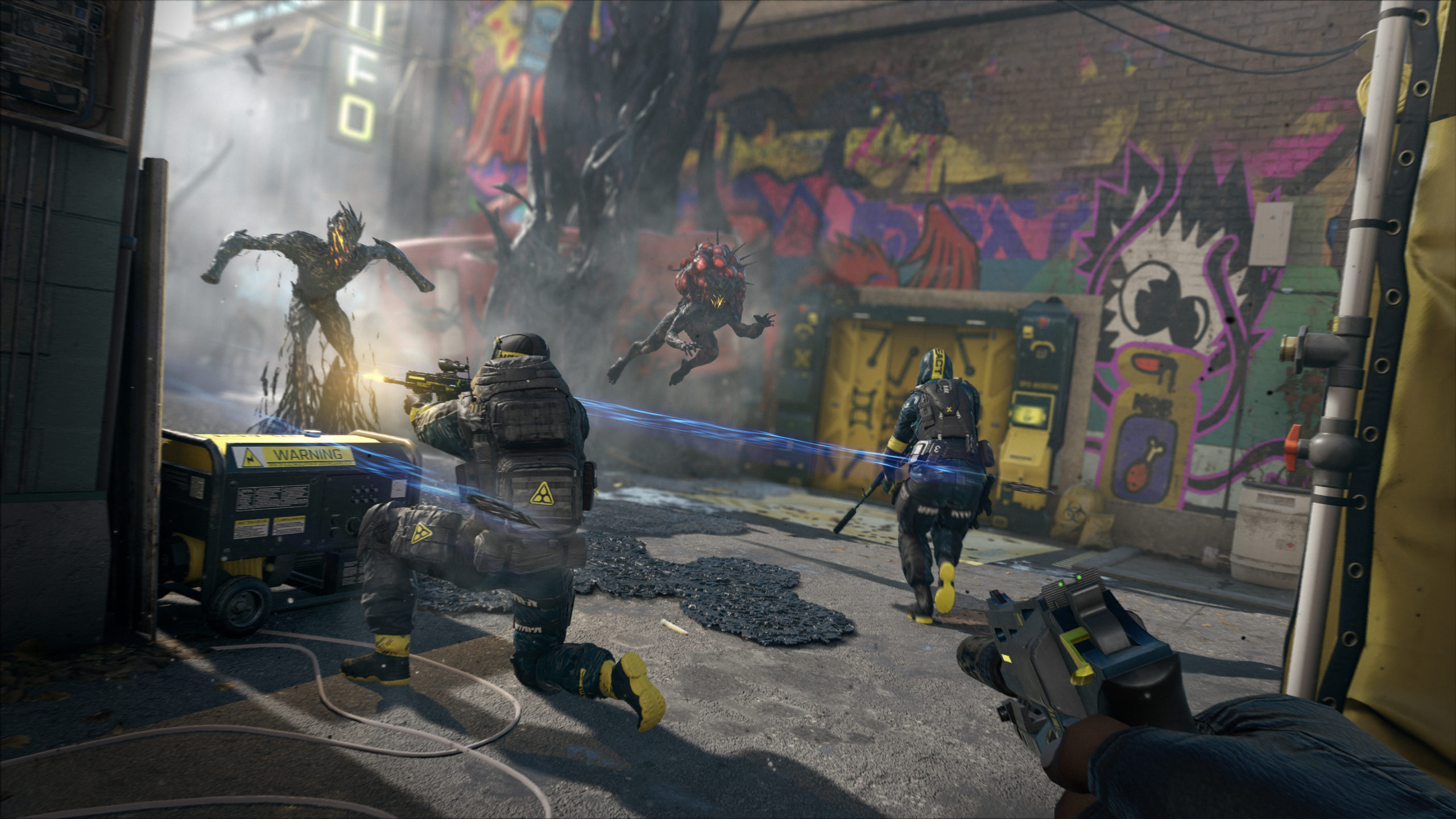 The genesis of Tom Clancy’s Rainbow Six Extraction’s story is how an extremely aggressive Chimera parasite has attacked the United States and affected areas are put under quarantine. A team of Special Forces operators, Rainbow Exogenous Analysis and Containment Team (REACT) is formed by NATO to respond to the threat is established to battle this Archaean alien threat and it is up to the player and their squad to carefully navigate each incursion zone. Build up research, development, and resources to unlock the key to defeating this alien threat.

I’m sure I might be missing out on a lot of details with the story but I appreciated how it’s short and sweet and I supplemented by just enough cutscenes and codex entries to not detract from the meat of the tactical experience the game provides. The bulk of the players’ experience will be in the incursion zones but I do like how there are points of interest in them to also supplement more information to create a more fleshed out atmosphere.

Pick your operator and go kick ass against the Archaen threat as how it should be. 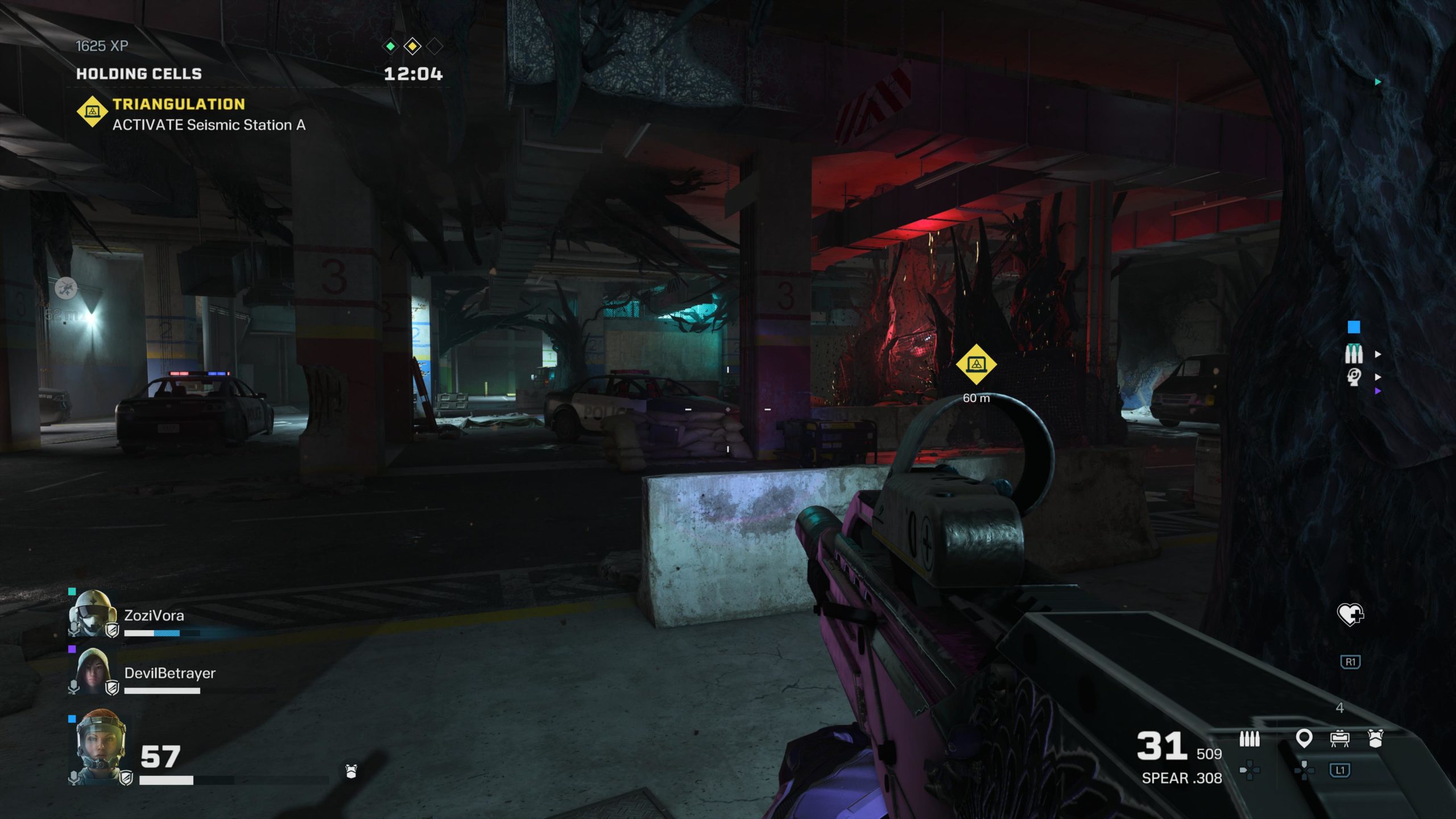 I think if there is one thing this game has surprised us the most is how this is one of the most bug-free Ubisoft games in recent memory. That’s right, we didn’t find any Ubi-jank and that does sound like a miracle. The game is extremely well built and very polished. Playing it on the PS5 there are two graphical presets with the standard Fidelity and High-Performance modes. The difference between those two modes is Fidelity mode is targeting a 4K image quality and High-Performance targets a better framerate at 1080P resolution with better lighting and shadows. I honestly couldn’t really tell the difference between both modes because they were so close together. I don’t know if it’s a placebo effect but playing the game in Fidelity mode felt as smooth as High Resolution even if it doesn’t quite feel like it’s at 60fps. One of our squadmates who is playing in on the PS4 also experienced smooth gameplay albeit at 30fps with no issues at all.

When it comes to environments aside from the grey parasitic elements littering about the incursion maps, they were interesting for me. From downtown New York to the cold wilderness of Alaska it felt very nicely assembled and perfect for this type of gameplay. The only point of contention I have would be the designs of the Archaens. Great and varied designs but the texture work on them can feel very drab and not as impressive even on next-gen hardware.

Another point of surprise for me was how well the sound design in this game ended up being. I always have issues with the sound design in recent Ubisoft games having an inconsistent soundscape and depth but here especially with headphones on it really heightens the experience. Finding nests or enemies based on sound positioning always felt accurate. Guns feel weighted and punchy providing a sense of satisfaction dealing with the alien threats. 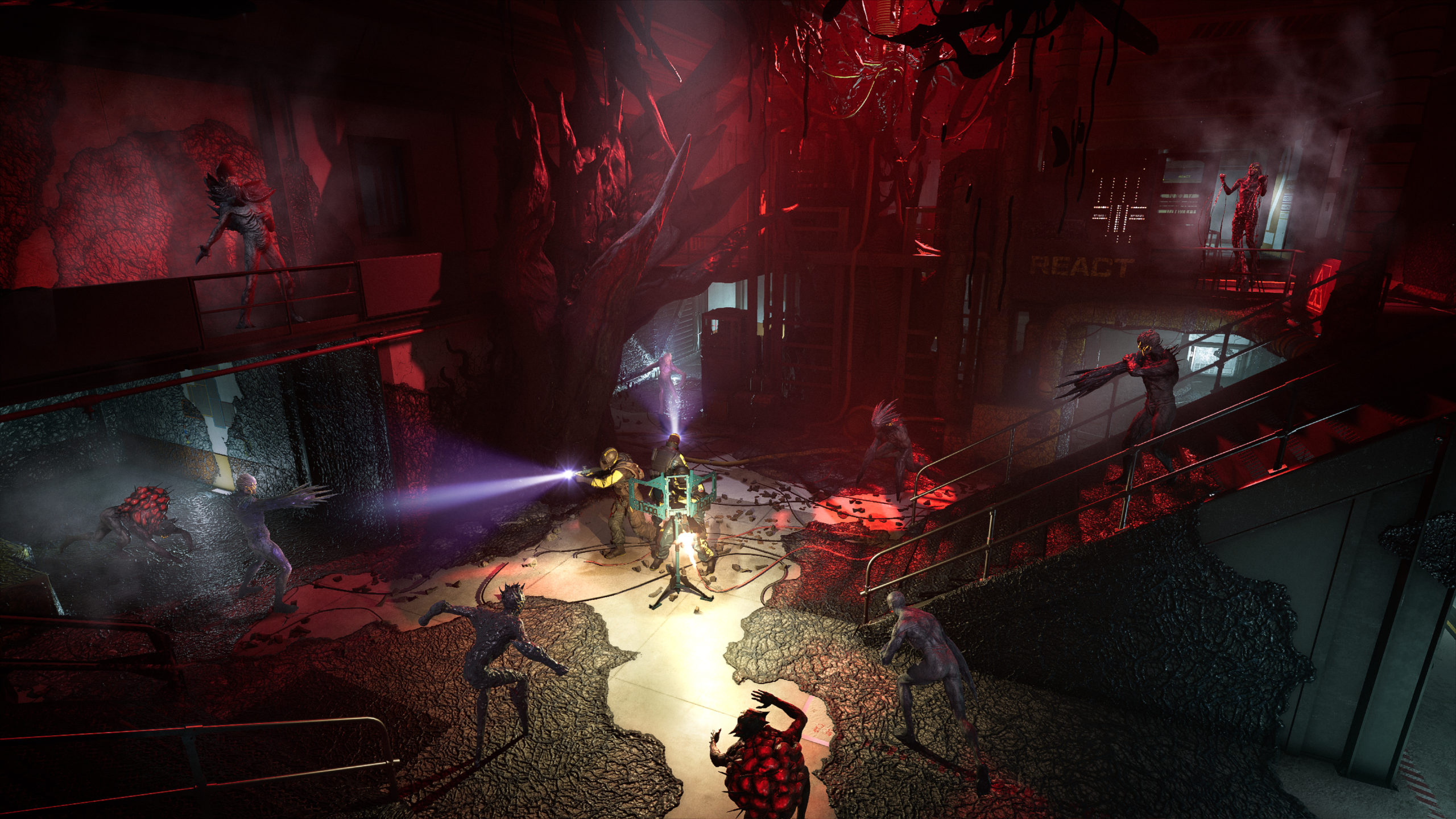 If you have played tactical shooters like Tom Clancy’s Rainbow Six Siege, then you would probably know what to expect with this game. For someone like me who is not too familiar with the tactical aspect, it did start off just a little rough due to how punishing it can be. That was probably our own fault for diving headfirst into gunfights because that is not how you play this game.

There are four main zones separated between New York, San Francisco, Alaska, and Truth & Consequences (Mexico) and each zone has 3 incursion maps to choose from. Each incursion is divided into 3 sections with each having one main objective to accomplish. Advancing to the next section will increase the difficulty and completing all three sections successfully will provide a major XP gain for the operatives that players brought. There are also 4 difficulty options to choose from that provide better XP bonuses but also augment the experience by either including tougher enemies or modifiers like fog that affects visibility that can be selected before launching any incursions. The types of missions that players will embark upon including rescuing an operative or capturing a live alien sample and they are usually assigned randomly so aside from the maps themselves, the missions that players will get are randomly generated. 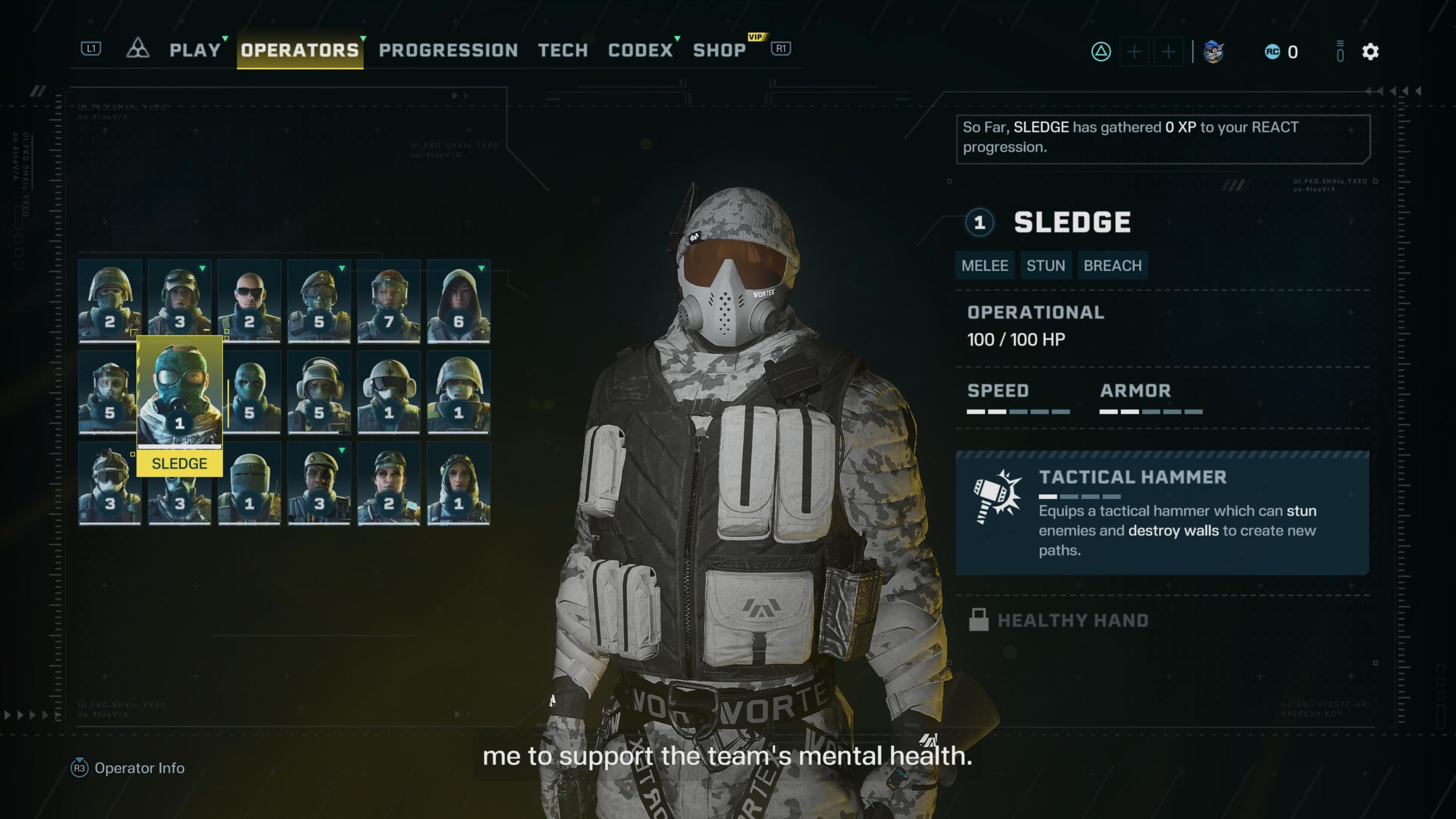 Players will also have access to a total of 18 operatives with 12 available at launch and the rest unlocked via progression. Each operative provides different playstyle options like explosive, gas or stunning benefits that can either be a boon or detriment depending on the incursion sequence that players will get. Each operative has access to primary and secondary weapons and two REACT tech slots. The REACT tech will slowly unlock more playstyle options like having access to body armour for 20% more protection or Paralysis Grenades that will paralyze a powerful enemy for 5 seconds. Both weapons and REACT tech are unlocked via as you guessed it, game progression XP. Some might not like how limited the primary weapon options are as each operative has only access to around 3-5 primaries or 2-3 secondaries but I was okay with it.

The gameplay loop is not hard to get into but as I mentioned earlier it’s important for players who do not play tactical shooters to understand this game is meant to be played slowly and carefully. Always assess threats and options as there were so many times where were would be cruising through a mission only for it to go to hell at the last second due to a random event that we couldn’t deal with quick and ruthlessly. It is important to do that as your operatives also need to be managed. If on any incursion an operative loses too much health, then they will be injured and will be unable to be selected for further missions. If they go down, they will be considered M.I.A and players will need to rescue them to reinclude them in the roster. It’s a clever way of making players have accountability in planning their playstyle as you don’t want to end up in a position where you have no operatives to launch missions on. The good news is that the better you do on an incursion the more health is recovered by the whole roster, so it was balanced very nicely.

I liked how layered the gameplay is structured in Tom Clancy’s Rainbow Six Extraction. You are never locked into an incursion and are free to extract at any time. Difficulty options are freely turned up and down depending on the experience players would want and I quite liked how much choice is afforded to the player into playing the exact run they want to play. Even with our own squad we turned the difficulty up and down according to how well we were doing but never felt frustrated or the game was unfair with enemy types, their placement or mission difficulty. We just needed to be better and play smarter. Maps also never felt too big or too small and were almost perfect in how they laid out vertical or horizontal challenges. Every incursion felt like we needed to plan and execute a well-oiled plan and gave us that satisfaction when we did. 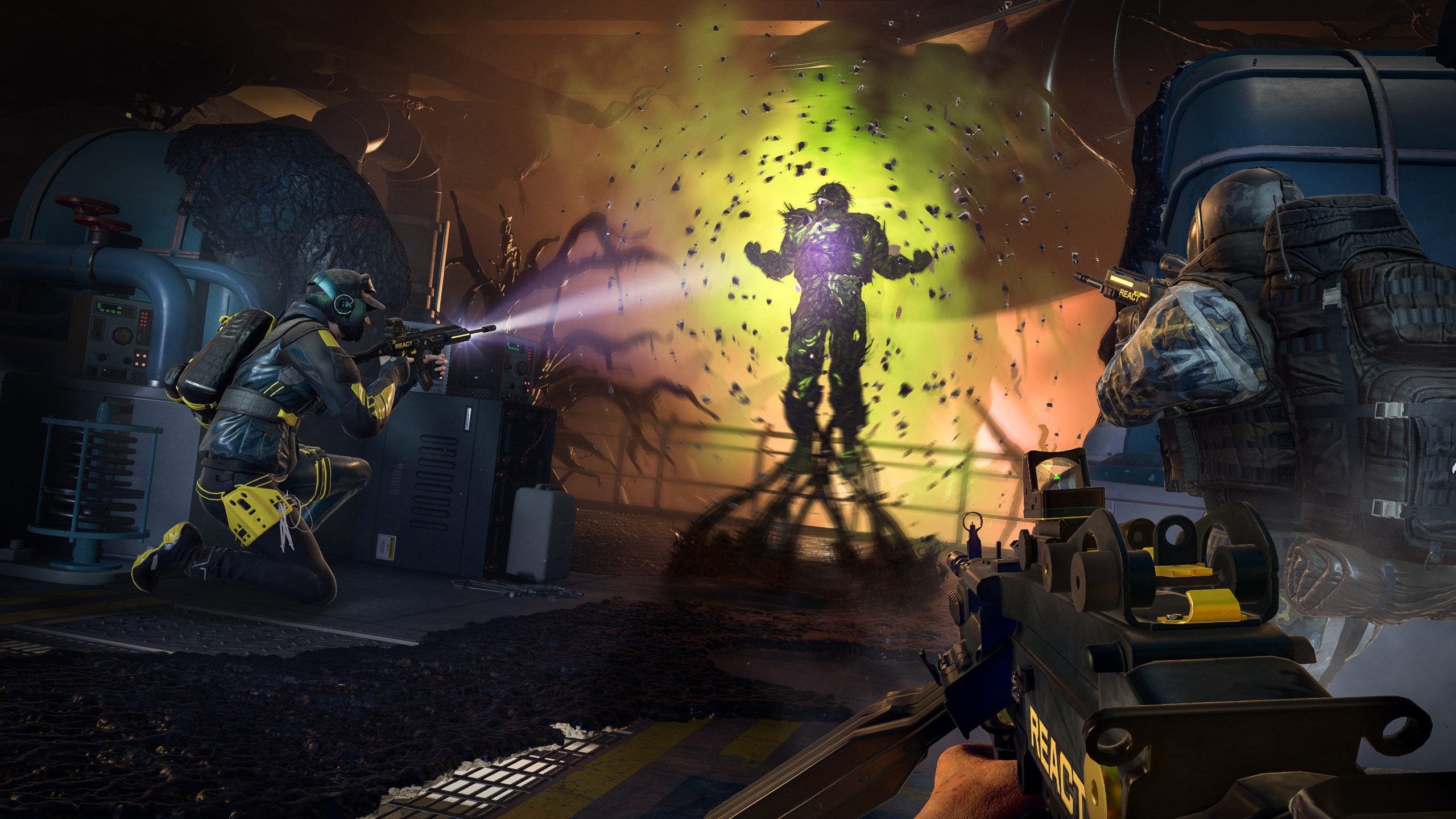 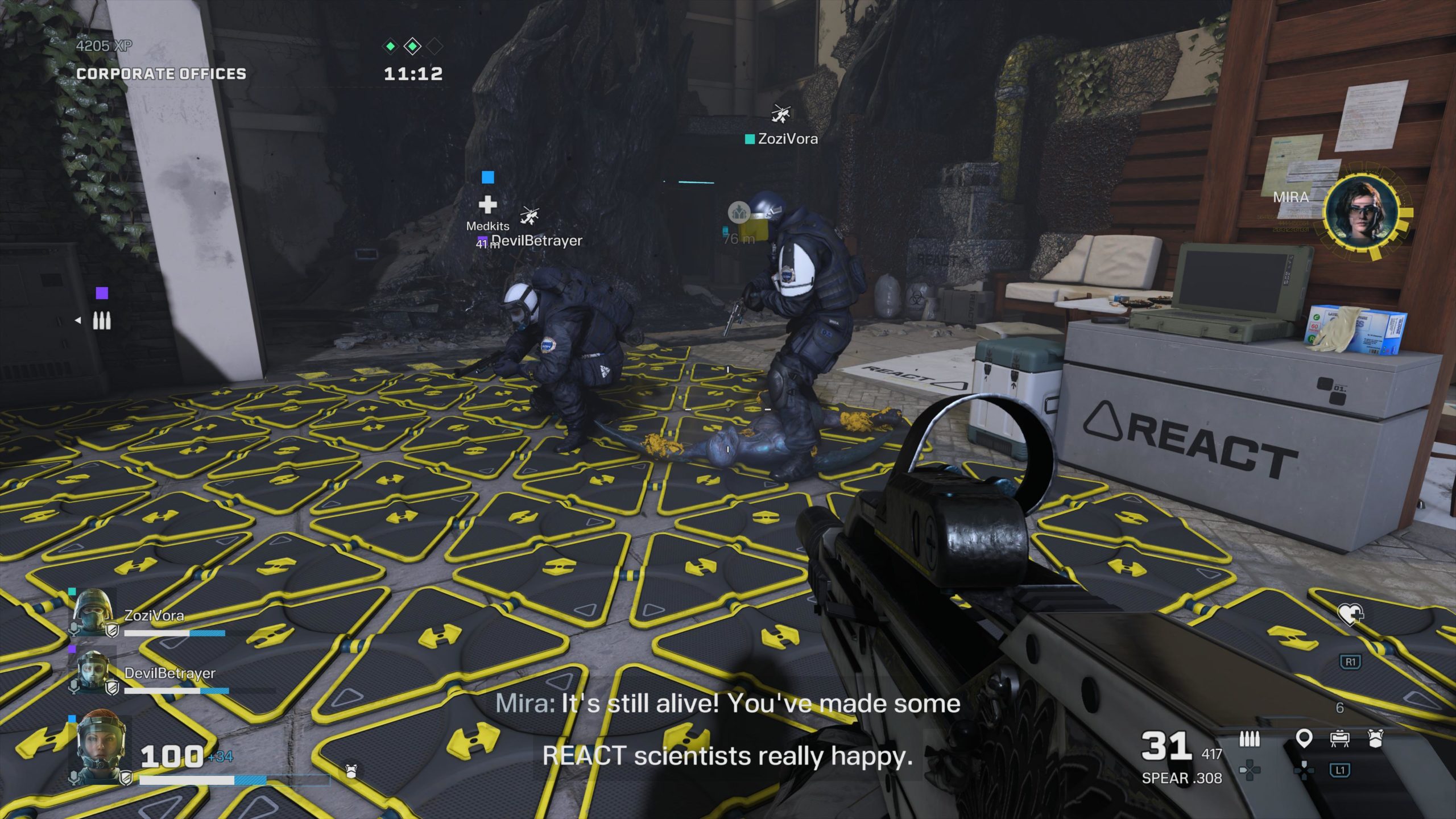 What Could Be Better 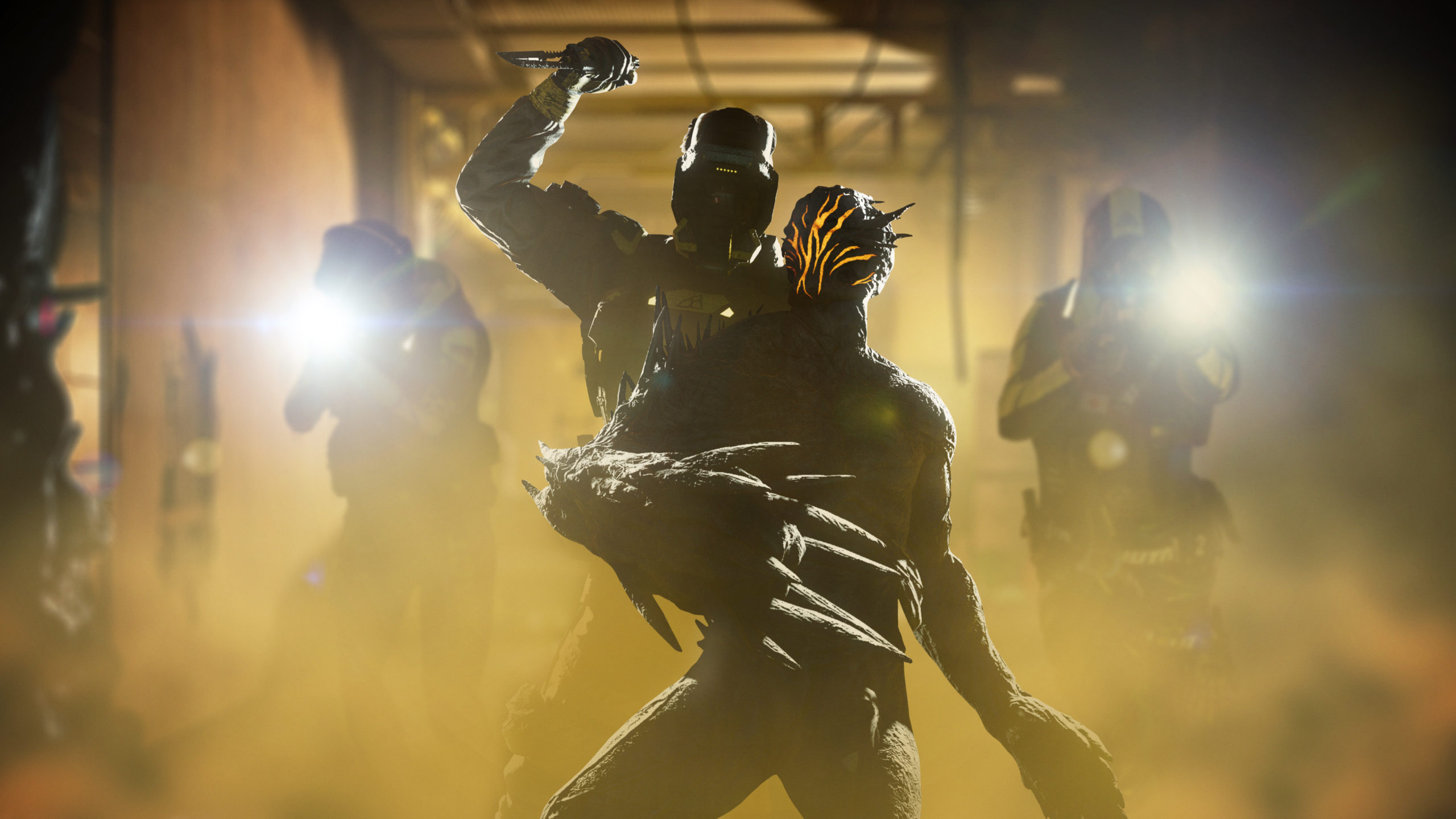 This might be a controversial opinion, but I feel this game ended up bringing that old Left 4 Dead feeling of tense but fun gameplay better than Back 4 Blood did as I bounced off that game really fast and hard and I had zero interest in Tom Clancy’s Rainbow Six Extraction. It took me a soft second to get used to the tactical aspect of things but now it just feels so good and playing it with a full squad feels so much better. I do have some reservations that playing this game solo might turn people off faster than it should due to how the difficulty ramps up and I also don’t know if this game has very long legs due to how specific the gameplay loop is. Sure there are the assignments and Maelstrom Protocol activities to go through but that really feels like the most hardcore experience the game can offer. Even so, I am excited to see how the community receives this game and I feel this is going to be one game that surprises a lot of people.