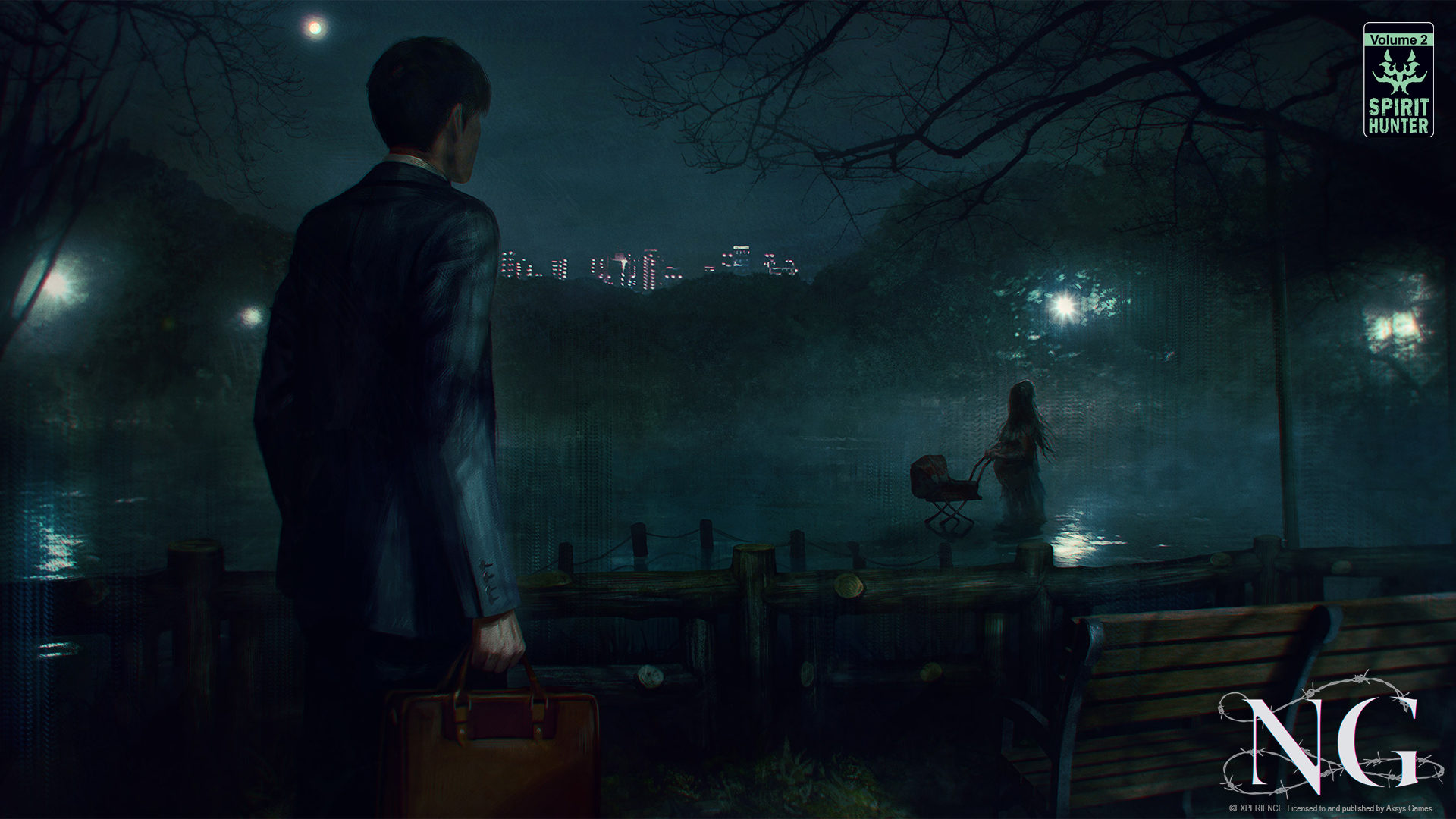 Spirit Hunter: NG is the second instalment to the Spirit Hunter series visual novel game. As the title suggests, this is a horror-themed visual novel game. It took me a while to finish this game as the level of horror always give me a chill down the spine. Just imagine I had to finish the game without my headphones on for almost half of the game. How terrifying was it? Well, don’t worry I will elaborate further on the horror elements in this review.

The story begins with an accursed young man as the protagonist, named Akira Kijima (Note: players are allowed to change the name if they want to). Akira’s life changed drastically when a curse started, and the first incident that happened was him being responsible for his missing little sister. Akira’s journey with a fighting spirit begins there as he is accompanied by a few friends and acquaintances that assist him to blast through a series of unfortunate and scary moments. The game progresses in chapters and each chapter is filled with character development, supernatural phenomenons, and jump scares. Each chapter in this game gives a vibe similar to a mission structure in RPG genre games, where the player needs to look for clues and tools in order to proceed. One thing interesting about this game is how a few stories in this game are folklore related, such as the Urashima Woman and Killer Peach.

The curse on the protagonist is a big mystery, and each chapter leads to a different clue to solve his curse but ends up leading to more mystery and incidents. Fortunately, during the end of the game, most mysteries are given a proper explanation and not left open-ended. The pacing in the game moves nicely explaining supernatural incidents slowly to fast-paced mystery-solving in order for the protagonist to survive. There is a lot about the story I wish to elaborate further, but that will definitely spoil it for the player so it is best to experience it by yourself. 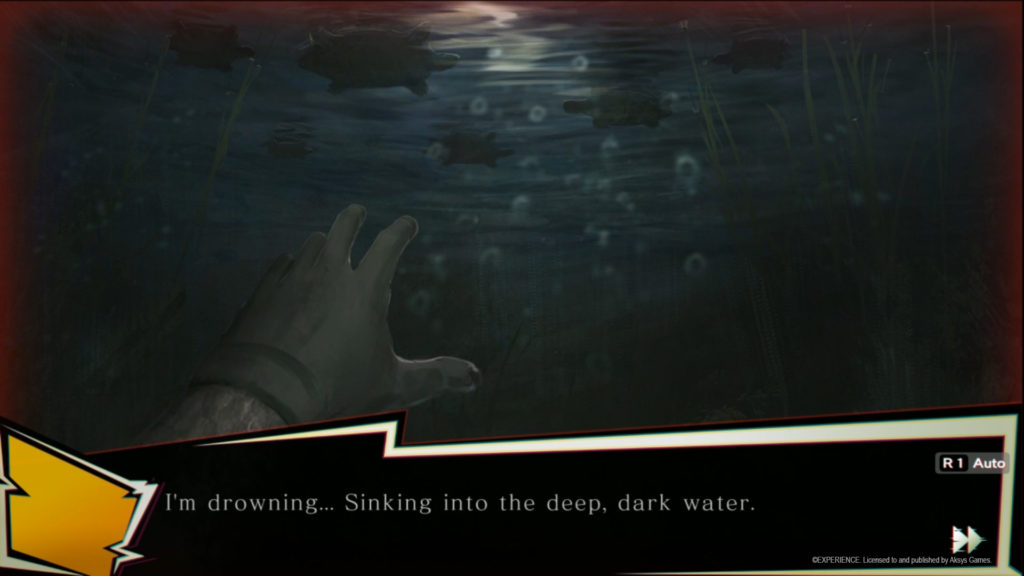 Conversation decisions are just like any other visual novel games with each different decision leading to a different kind of character development and story branching. Exploration in a visual novel is something new to me in which the player is allowed to explore in a certain area during certain chapters so that the player can find certain tools or clues that are needed to proceed in the story. Notice I mentioned about clues? Clues are needed to solve some puzzles throughout the game and some of them may be too tough for non-Japanese players as some of them is culture related. Survival escape is also a new concept introduced in this game whereby the player needs to select the right tools to escape in a fight with a spirit. The artwork is visually pleasant by having nice drawn characters and spirits in a scary form. However, the scenes are limited and are repeated too frequently throughout the game. There are no animated cut scenes in this game with only a very small amount of moving object scenes to increase the immersion of the scares. I underestimated the level of jump scares of this game. During the beginning of the game, the player is given the choice to set the level of scariness, Off, Default, and Scary Mode. Without hesitation, I put it to Scary Mode as in my mind I was thinking that it’s just a visual novel, how scary can it be. I regretted my decision and I had to bear with it throughout the game, even completing the game without my headphones on for almost half of the game. In Scary Mode, jump scares can come out from anywhere in the game, during an investigation, during story progression, literally everywhere. Even without sound, the image of jump scares still gives me chills down my spine.

One of the biggest complaints I had about this game, is the overly reused music. The music is not bad by all means, but the same music repeats throughout the game. Same music for each respective type of scenes may it be an investigation or spirit battles which can be tiresome when you reach the later stages of the game.

Voice acting is another element that I wished was done better. The voice acting in this game is done in Japanese and there is no option to switch. I am fine with Japanese voice acting, but the problem here is the inconsistent voice acting throughout the game. Selected scenes are paired with voice acting but only for the first phrase of the conversation while some scenes have no voice acting. The inconsistency of the voice acting breaks the immersive feeling in my opinion and really should have been expanded upon to really pull players into the game more.

What I Wish Was Improved On

Spirit Hunter: NG redefines visual novel for me. New gameplay mechanism, high level of jump scares and well-done sound effects that makes it one of the best visual novel that I have played. There are few areas I wished was done better, such as the overly reused music, inconsistent voice acting and slow text speed. As much as I am not a big fan of visual novel games, I am still highly recommending it to those who love horror games as I strongly believe Spirit Hunter: NG will able to fuel your craving by playing it in Scary Mode and putting on your headphones. Don’t forget the lights.

Code: Realize ~Guardian of Rebirth~ Now Available On Switch in Both Standard and Collector’s Edition.

Publisher Aksys Games and developer Idea Factory have announced the debut of Collar x Mallice in the west for the Switch, scheduled for a...
Read more