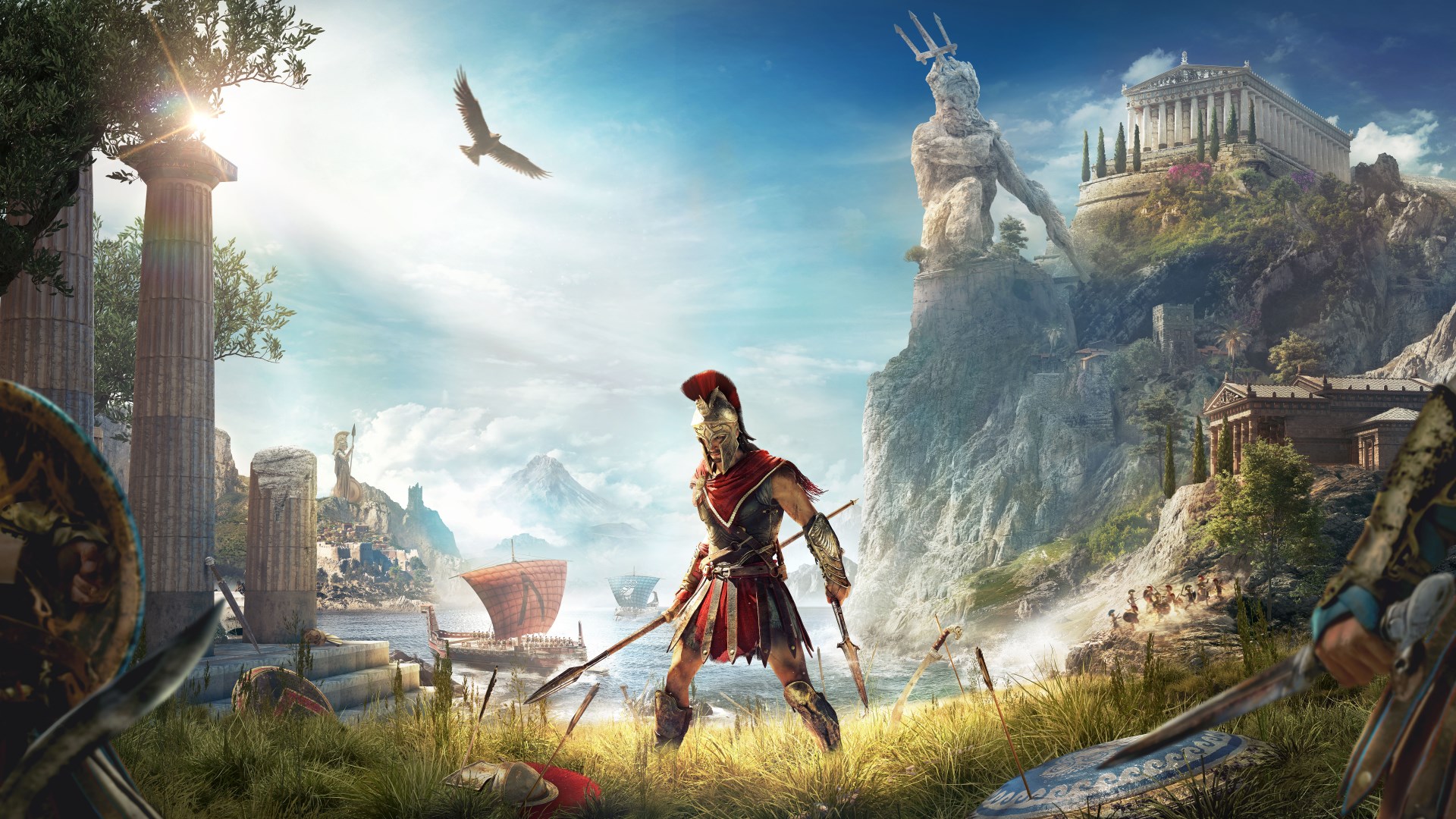 Even after sinking over 70 hours into this game, I still feel like there are many areas left to explore, many quests still sitting in the log, and so many more stories to be heard. I’m sure that by now, most of you must have heard, read about, or saw videos about the game, so without beating around the bush, I’ll jump right to the point(s) by literally listing them down in point forms to help you form an image of AC Odyssey (if you have not played it yet) 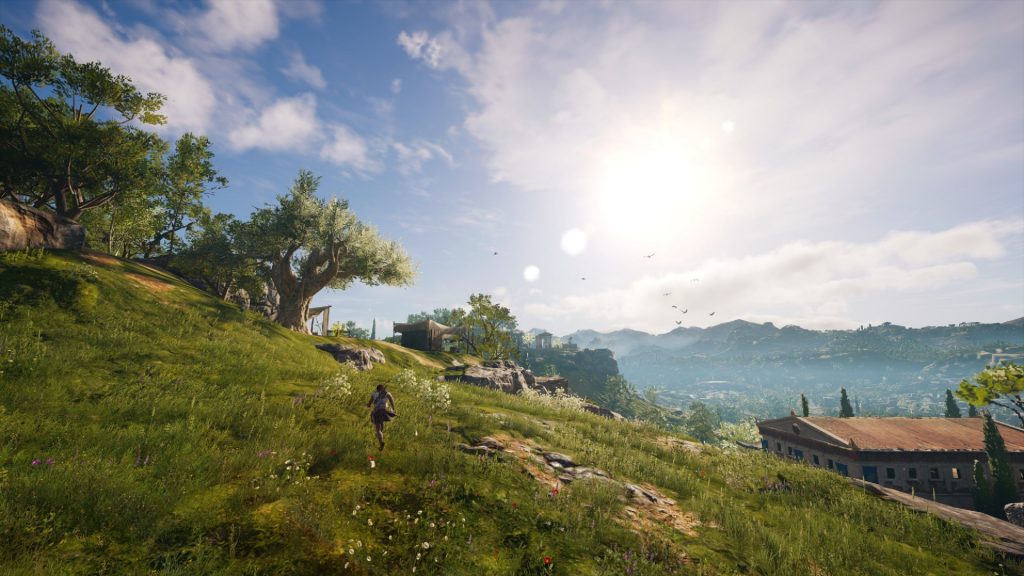 Let’s start with the looks. 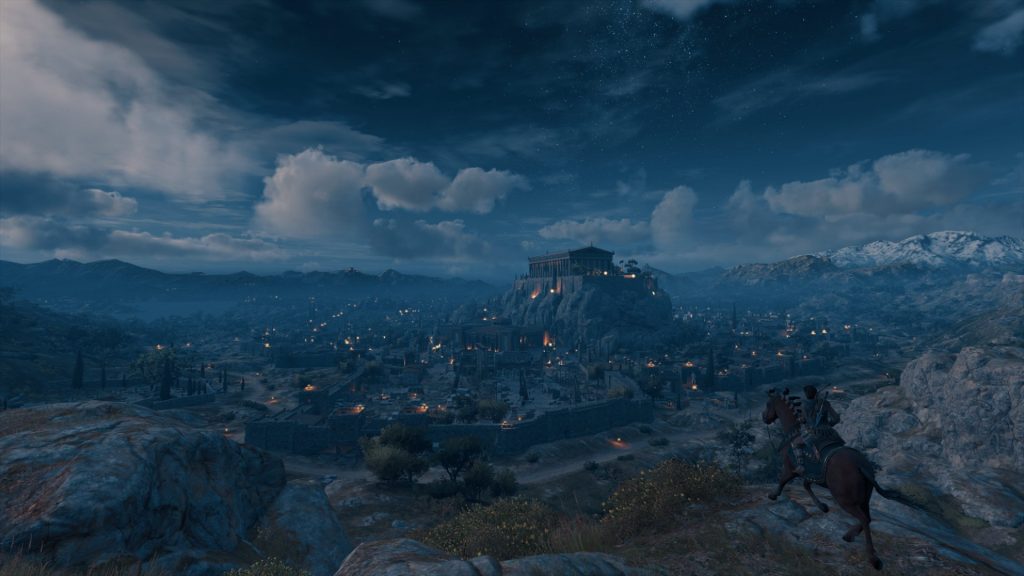 I was pleasantly surprised by the background music when I opened up the menu to view the map. But other than that, I can hardly recall if there were any more moments where the Music was memorable. Sound effects were so-so.

With the name Assassin’s Creed in mind, one inevitably lean towards a more “Assassination” style of approach. However, let me also quote a phrase from the movie 300; “And of course Spartans, have their reputation to consider – Leonidas”. What more when the main character in Odyssey is a direct descendant of King Leonidas himself? I was bound by honour to face all my enemies head on. Screw Assasination. 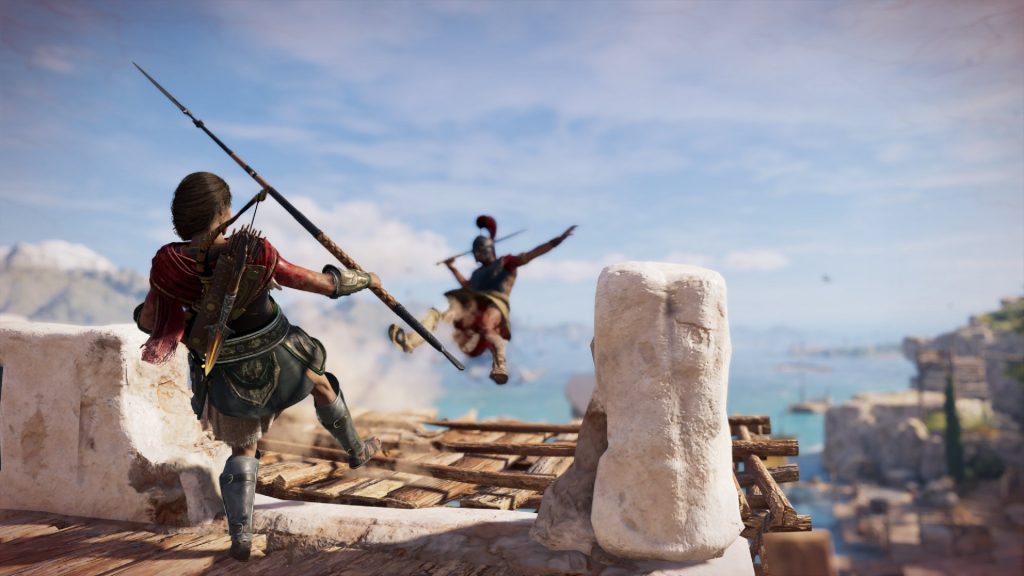 Coz this is Sparta, that’s why. 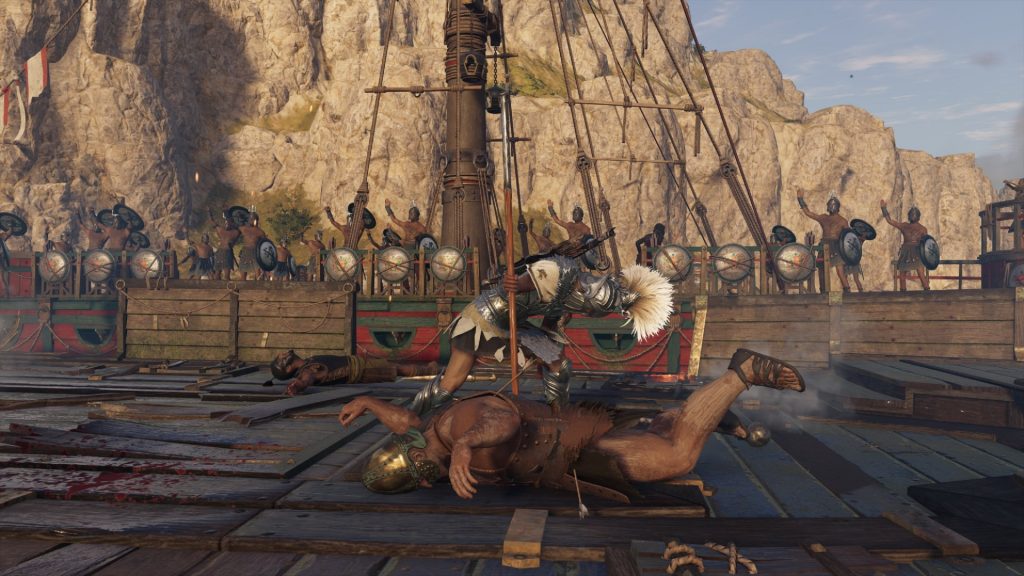 Spearing someone in the guts while the rest of my crew cheered on. 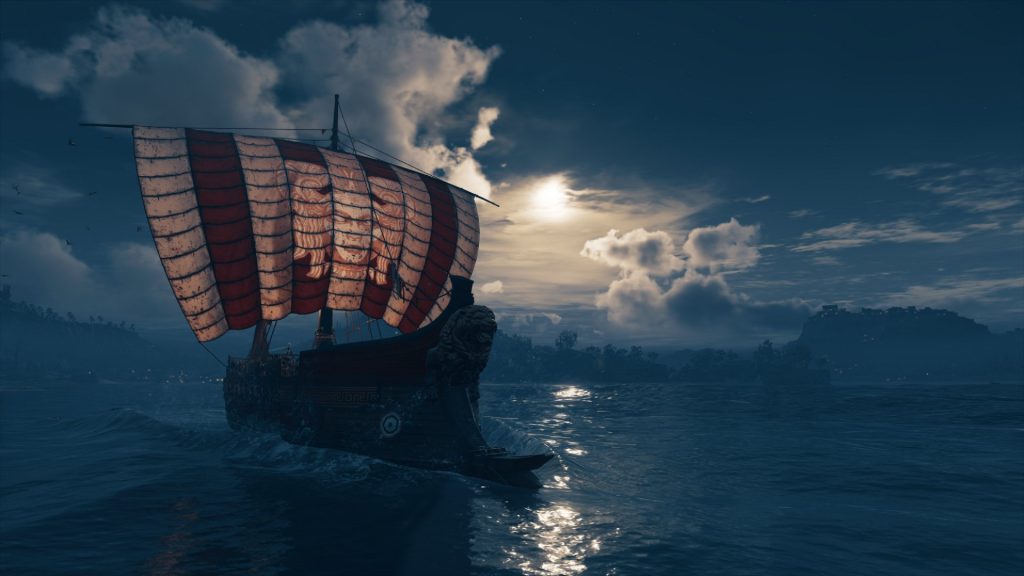 Sailing at night, because I can.

When it comes to naval combats in Assassin’s Creed, the Black Flag is never far from one’s mind. Black Flag is not the best AC game in my book but is definitely the more memorable one, all thanks to its beautiful sea water and the freedom to raid other ships. One can easily observe how the naval section in Odyssey was heavily inspired by what was in Black Flag. 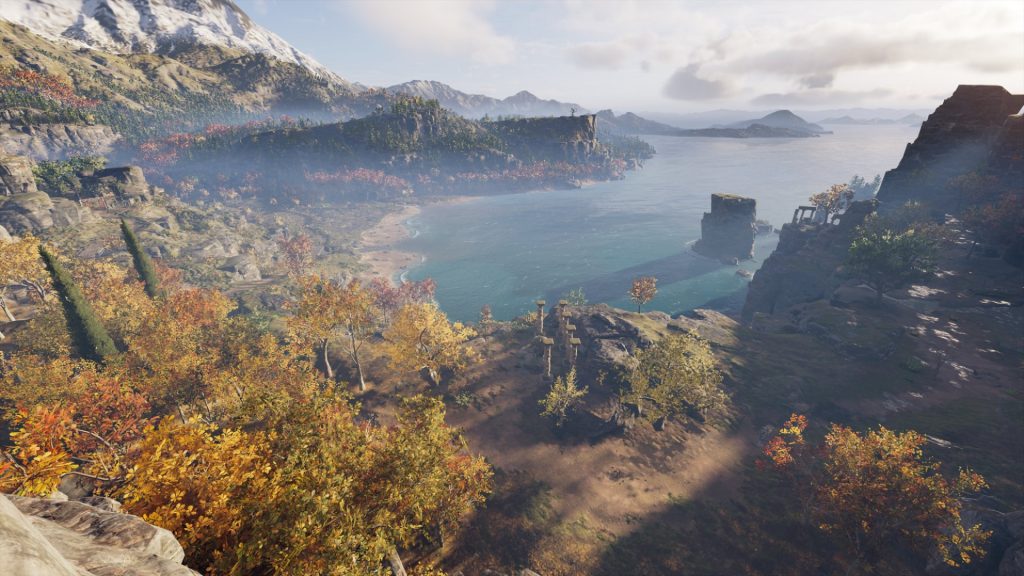 Does this place look familiar to you? 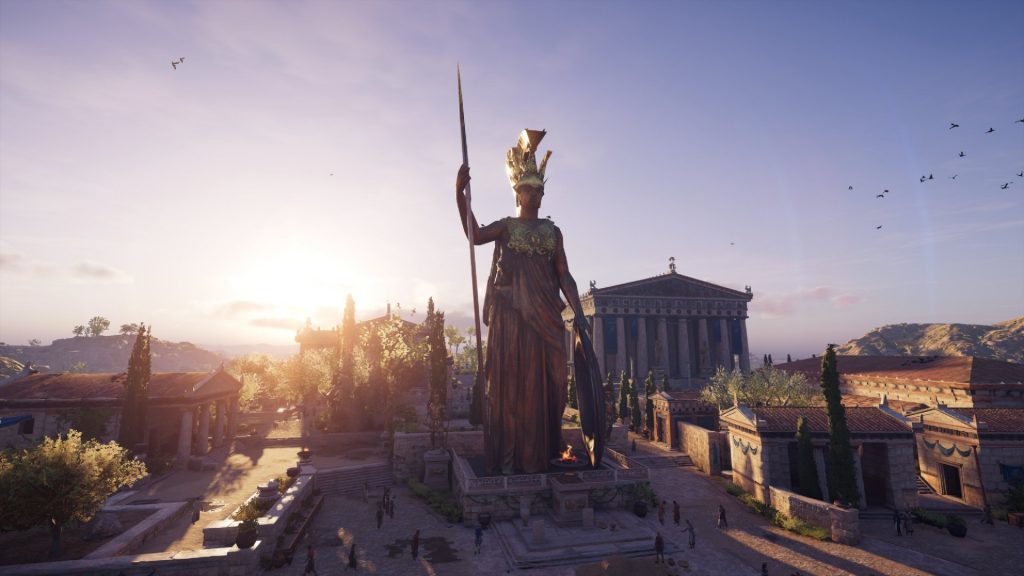 I am quite proud of this shot to be honest. Statue of Athena.

One of my favourite part for all AC games has always been the historical aspect. I absolutely love making these virtual pilgrims into Ubisoft’s imagined version of history. AC is famous for including historical figures and using their recorded year and venue of death accurately in the game, I have always admired Ubisoft’s ability to do this. Coming on to Odyssey, this is what I observed. 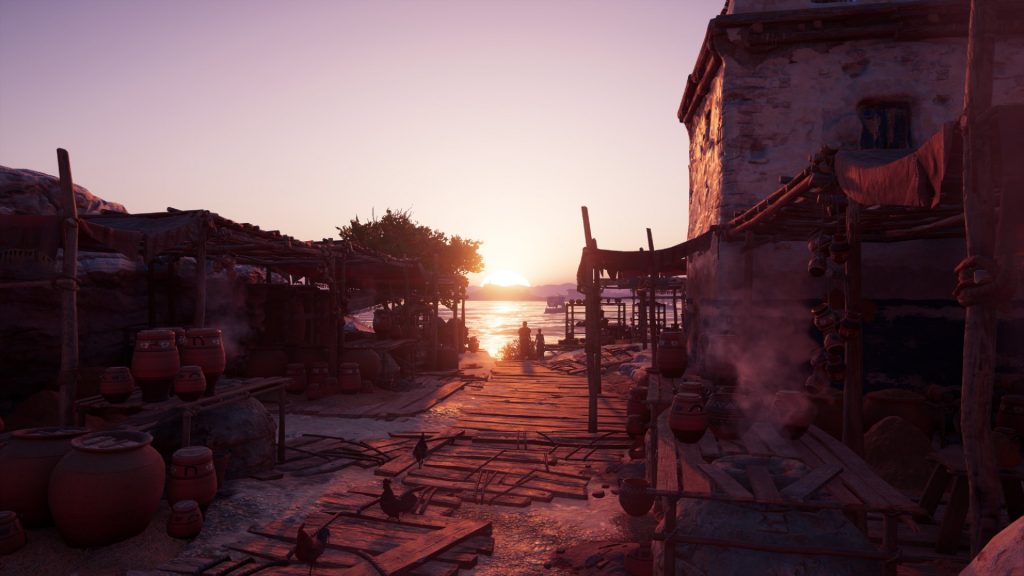 I am also quite proud of this shot. If you don’t like it then you should blame your parents for not giving you world-class art sense. 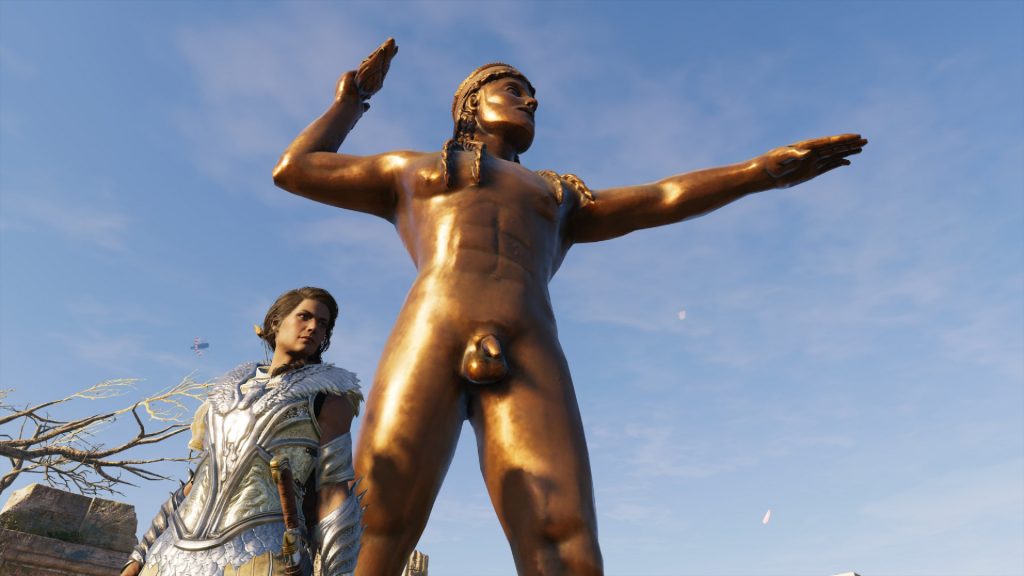 After all that has been said and done, here are the extra bits of what I really liked in the game. 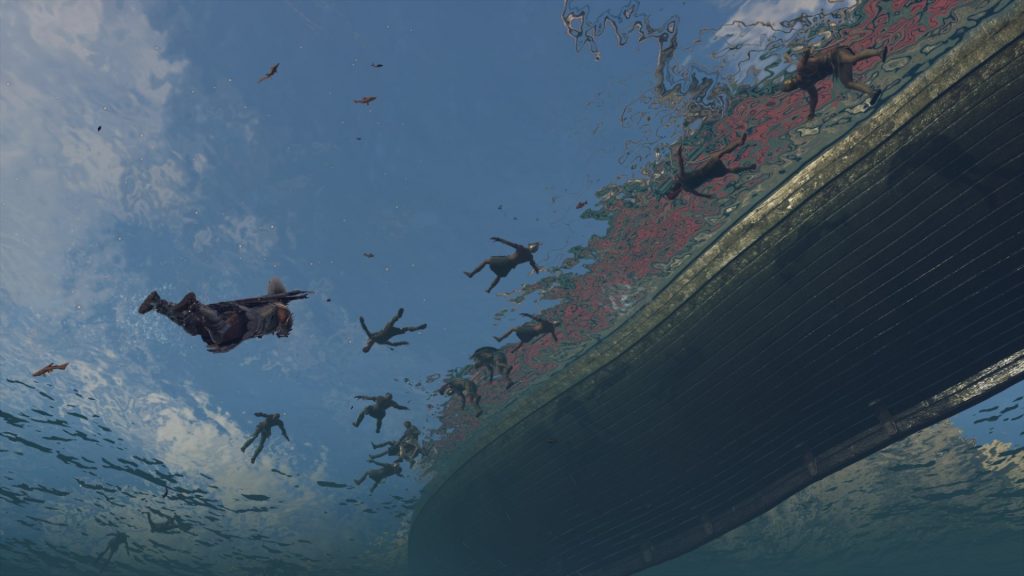 Rest in Pieces you mere mortals! 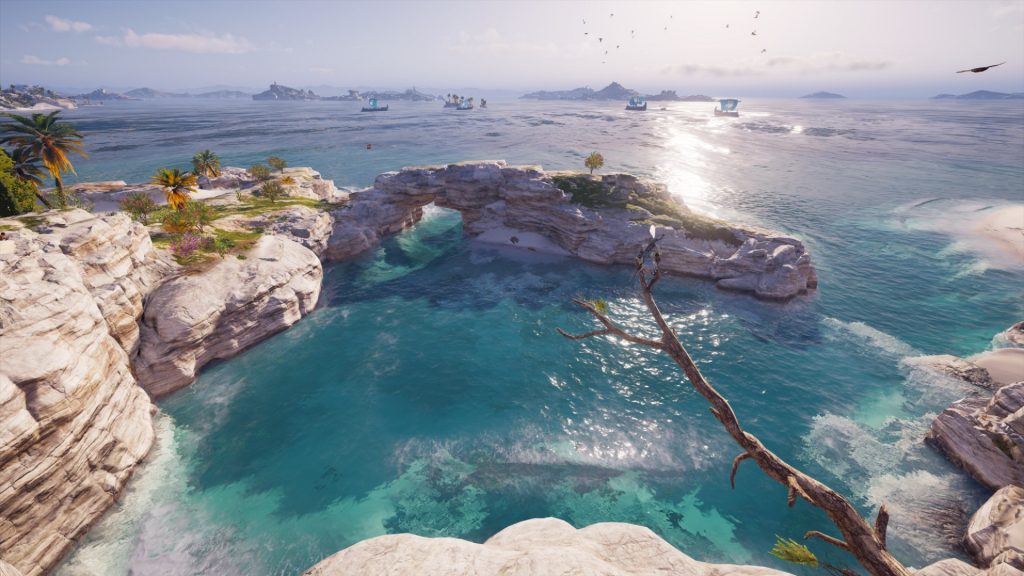 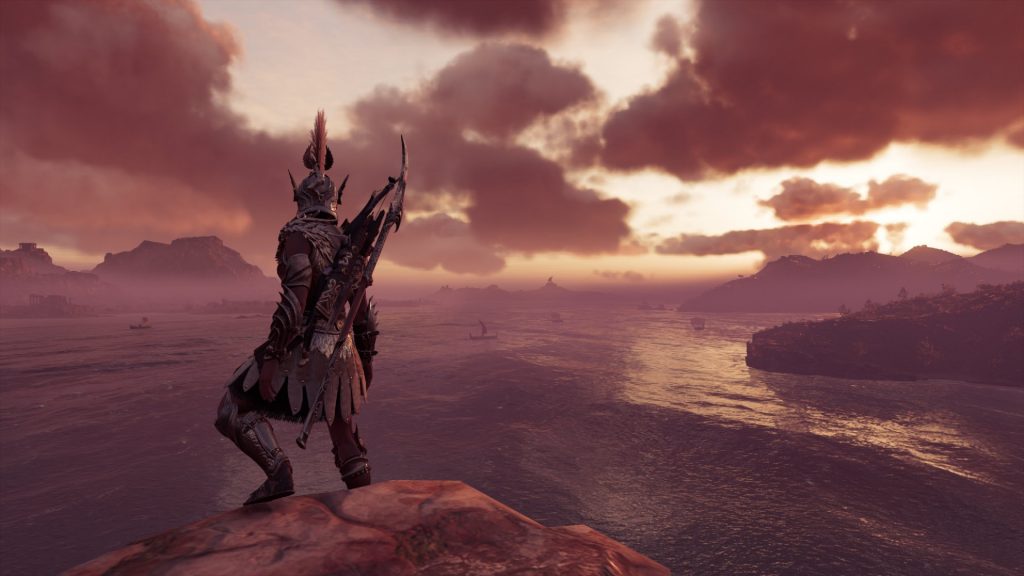 After playing Assassin’s Creed Origins last year, I never thought Ubisoft would be pushing out of their newfound comfort zone so fast. I expected them to hold rank for at least one more year before pushing a little further. Instead, Odyssey went on to surprise me on many levels. All the goods I mentioned above represents a solid Action RPG game filled with many hours of contents and a bright future ahead. This is in my opinion, the best Assassin’s Creed game to date, though I wish they made more connection between this game and the AC’s lore.

Must Buy. One of the must-have games of 2018, the last game that gave me the same level of satisfaction after finishing it was God of War. Worthy of a GOTY nomination in my opinion.