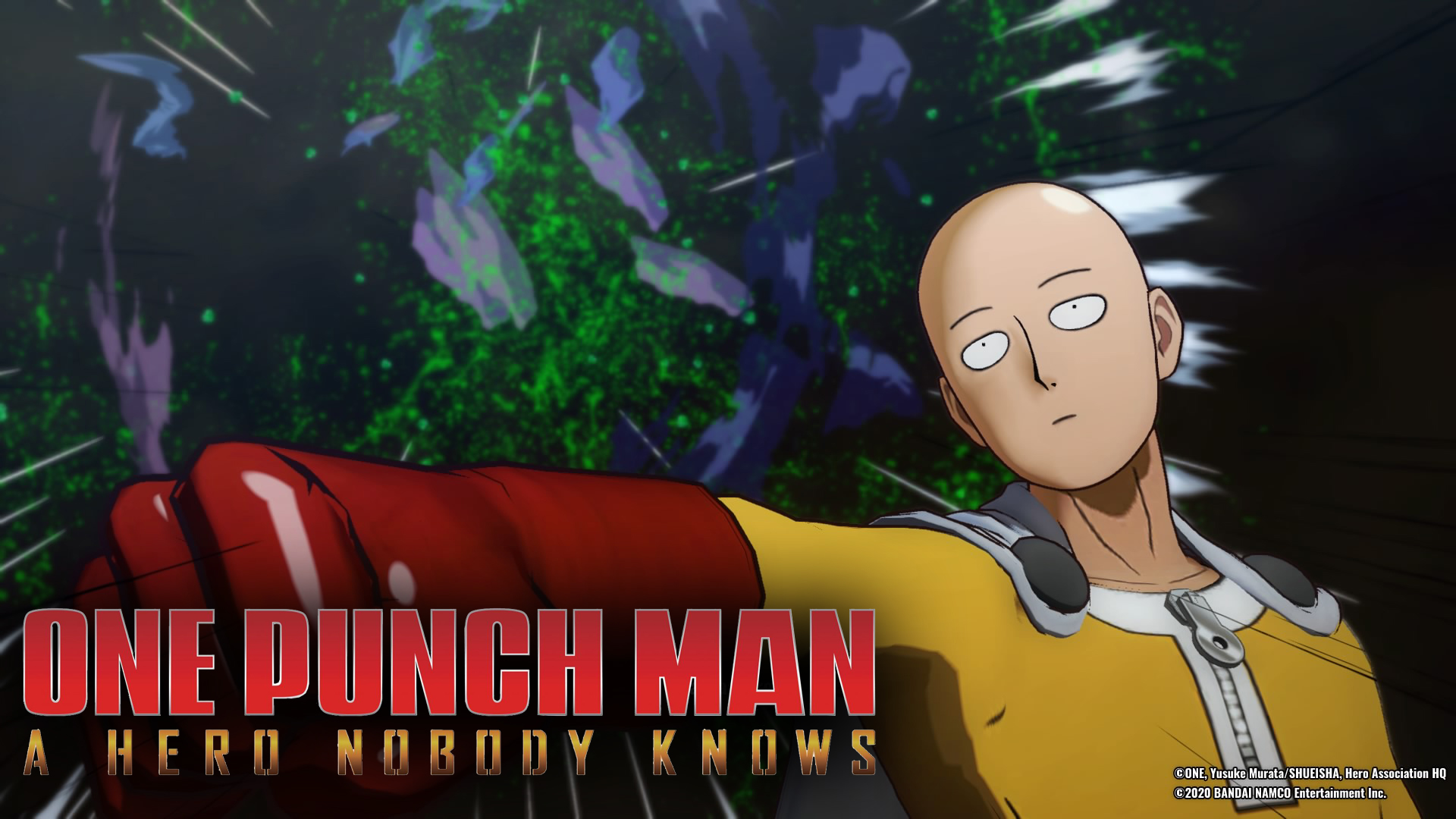 One Punch Man: A Hero Nobody Knows Review

What started out as a drawing practice by artist ONE has now turn into a global hit sensation manga and anime called One Punch Man. Having just released its first video game adaptation One Punch Man: A Hero Nobody Knows, we dive in to take a shot at being a hero.

A Hero Comes in all Shapes and Sizes

The first thing you have to do before entering the game is to create your own avatar. At first, I was actually kinda disappointed by the amount of customization available at the start. Luckily as I played through the game, more items get unlocked and you can create heroes who even look like Batman or The Joker in the game. On top of that, customization of your hero can be done anytime during the game by visiting your room or the clothing store. There is even a loadout system that you can save and load to make it easier for you to switch between costumes as you play.

Hero customization seems to be one of the best points of this game. It allows you to show off your skills to other player’s if you are playing online. I really feel this game fit more like a fantasy hero simulator than a real fighting game at times.

Welcome to the Hero Association

The games starts as you register at the Hero Association. There will be a series of tutorial missions which explains the game mechanics. Being a fighting game, the controls are quite easy to understand. The twist in One Punch Man: A Hero Nobody Knows gameplay are Arrivals and Events.

Arrivals are interesting that hero or enemies will enter the battle to help you. This gives the feeling of sometimes unfairness. One of the best hero for arrivals is of course Saitama. When he arrives you know the game is over. I even have a person rage quit during an online battle once Saitama arrives. The only drawback is he takes 5 minutes to arrive. Luckily the timer can be reduced by executing combos during battles.

The other thing is Events that will happen during battle which can summon devastating meteor showers, lightning storms or some random hero that will attack the enemy. This feels like a very annoying feature as you can be winning the match and suddenly a meteor shower occurs and takes aways half of your life bar at least.

Hero Town serves as the open space for this game and it gives you access to missions and shops as you unlock them. At first, I thought that it was going to be big but as I slowly uncover the map, I realize that it is just a small open space (not going to call it an open world).

The town feels empty but as I go along the game heroes from the series slowly pop up and give me missions. Luckily playing online, made the town feel more lively. You can meet other players and view their avatars running around Hero Town.

For how small the town is, there is a lot of frame drop and character pop in as you explore the city. On the PlayStation 4, you can run-up to an NPC down the road just to stand there waiting once you arrive for the NPC to pop in. This actually breaks a lot of the experience for me as waiting for 3 to 5 seconds just for a character NPC to pop up to interact is very frustrating.

The game’s difficulty curve is very steep as it is bound to mission difficulty that requires the player to grind just to be able to progress further. Without leveling up much, my character could easily be killed in just 2-3 hits. I had to always make sure I was using all my development points to increase my attributes to survive.

Combat in this game feels very clunky. There will be invisible frames while attacking sometimes which is hard to get right. Combos feel like just button meshing and by the end of the game, I felt using 1-2 move chains was sufficient to defeat almost all enemies including the 1v1 Online Battles. It is disappointing that there is so much effort placed on the variety of moves but in the end, only a small fraction is used due to obvious unbalanced issues.

One Punch Man: A Hero Nobody Knows allows you to have hero battles online either by Avatar Ranked Battle or Team Ranked Battle. Both have their own separate ladder and matchmaking system in place. The online experience has been smooth so far and there is barely noticeable lag. The only problem is the character balance of the game. Every match I had involves players using cheesy moves to achieve victory.

Field Events are added as an online schedule event. Completing a Field Event mission will reward you with points that can be used at an online shop NPC to trade for items, costumes, or even skills. So far the online event feels very weak as items that are being sold currently can be obtained easily with other methods.

Those who are familiar with One Punch Man will be happy to know that the amount of action and comedy in this game is excellent. Certain action cut scenes and battle skills look awesome when they are executed and the voice acting is on point. Sadly only the main story scenes are mostly voiced and you will be reading a wall of text most of the time.

Combat in this game is a grey area. While it is nice to use some of the iconic moves, it does get repetitive. Missions are basically a repetition of defeating the enemy which looks generic even though there is character customization in the game. The worst part is while playing the main story, you will encounter a progression lock that forces you to complete missions to get points that enables you to progress further in the game. This is by design and it is because the story of the main mission is just too short. I was shocked when the after-credits was shown after a cut scene.

Once you complete the main missions, you spend most of the end game doing missions to unlock more moves and customization items. I would not mind doing side missions if they are interesting but they usually boil down to fetch missions or battles which is far too repetitive for my taste (And I am the one who loves grindy games).

One Punch Man: A Hero Nobody Knows succeeds in bringing the world of One Punch Man to gaming. Its action and comedy remain true to its roots and I enjoy the feeling of creating my own hero. While it does look good on the outside, the inner workings of the game’s combat feel like an afterthought. For a fighting game, it is rare that the fighting portion is the one that actually lets it down. It is just weird that the best moment for me during a battle in the game is usually those moments when you get to control Saitama. Because unlike Saitama, I started to wish all my battles ended in 1 punch so I do not have to go through the terrible combat system.

PROS
+Great hero customization
+Action and comedy from the anime remains and translated excellently into the game
+Online is smooth and it is great to see other player’s creativity when customizing their avatars.

CONS
-Suffers from frame stutter and NPC pop in when in the open space
-Mission given are repetitive with uninspired NPC enemies
-Battles are unbalanced and cheesy moves will be abused during online play
-The main story ends too abruptly and is too short until they made a progression lock.

Facebook
Twitter
WhatsApp
ReddIt
Tumblr
Telegram
LINE
Previous articleMobile RPG, The Seven Deadly Sins: Grand Cross officially launches worldwide
Next articleLook for the light, The Last Of Us is coming as a series in HBO