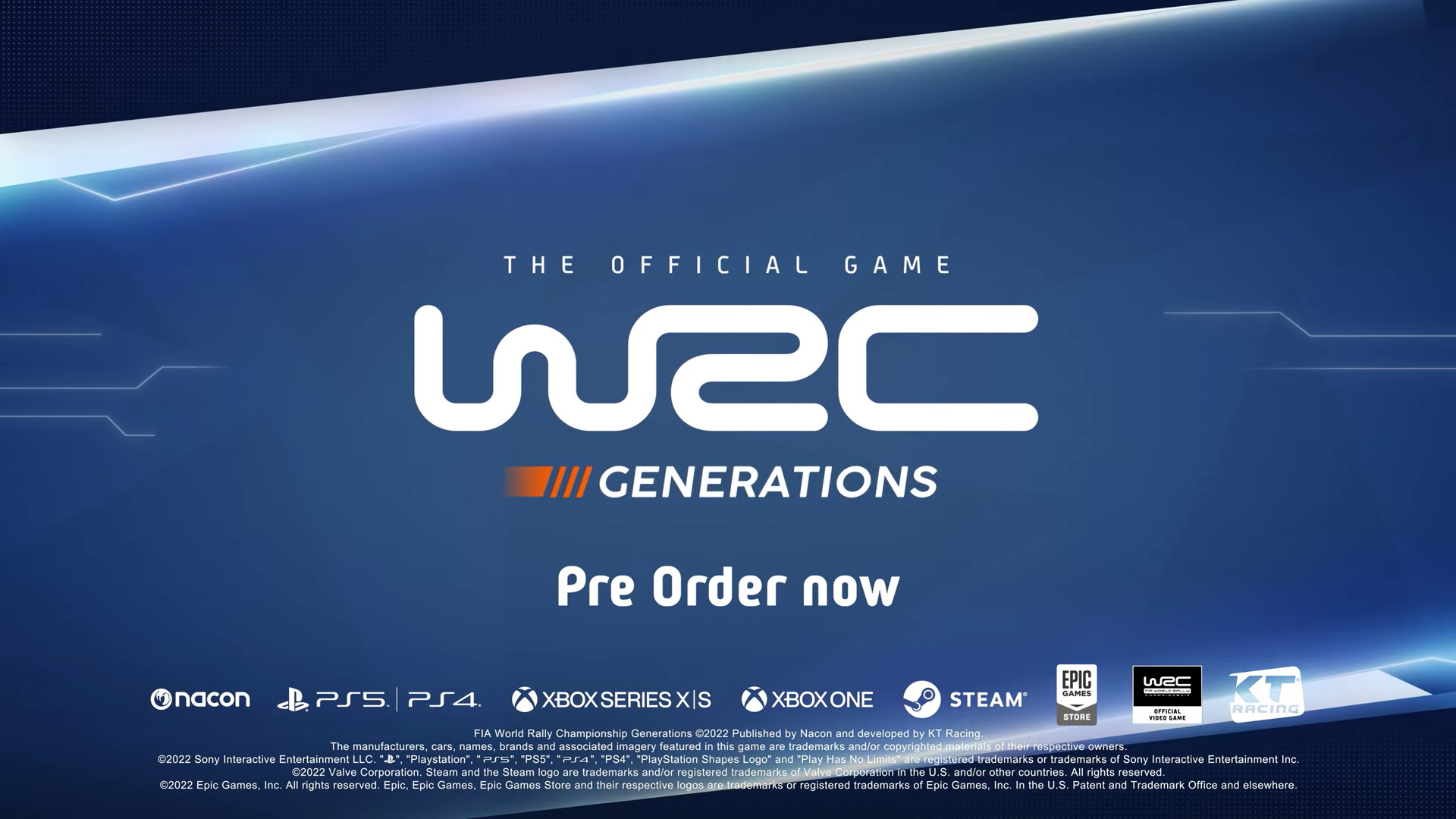 NACON and development studio KT Racing are pleased to announce that their new rally game, WRC Generations, the official video game of the FIA World Rally Championship, can now be preordered. Initially planned for release on 13 October 2022 on PlayStation 4, PlayStation 5, Xbox One, Xbox Series X|S and later on PC via Steam and Epic), WRC Generations will now be available on 3 November 2022 in a simultaneous release on consoles and PC. The new release date will allow the best possible experience to be offered to gamers, especially for the new Leagues mode, which is entirely cross-play.

By preordering WRC Generations, players will receive Marcus Grönholm’s iconic Peugeot 206 WRC from 2002 to drive in-game. And by choosing the Fully Loaded Edition, instead of the standard edition, players will get a range of other benefits.

The Lord Of The Rings: Gollum To Receive More Time For Polishing