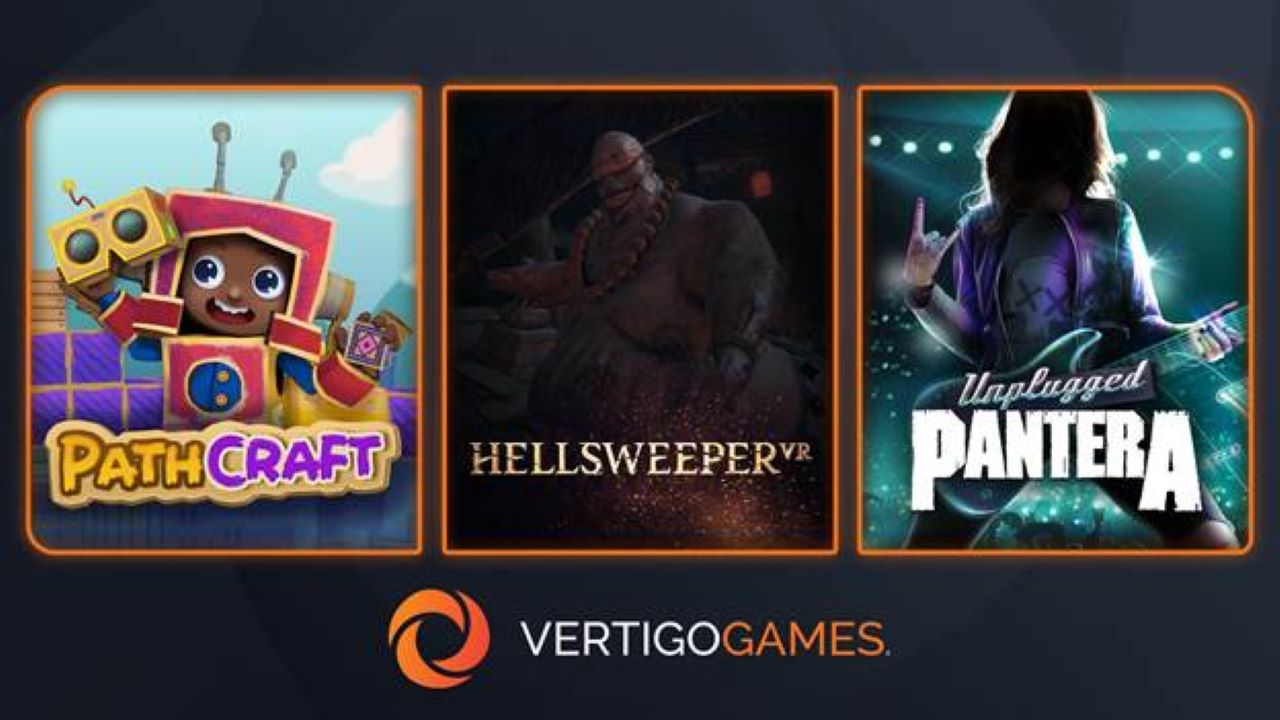 Vertigo Games, the VR specialist publishing and development arm of the global Koch Media Group, have revealed at the Upload VR showcase that they are going to publish two new VR games, on top of announcing the immediate release of the brand-new Pantera Pack for VR music game Unplugged. Starting off with the surprise launch of the loudest music pack for Unplugged yet, Vertigo Games is also going to bring Mixed Realms’ rogue-like first-person combat game Hellsweeper VR to Meta Quest 2, as well as taking on the publishing of DevilCow’s VR puzzle game PathCraft.

Vertigo Games is partnering up with Mixed Realms, the creators of Sairento VR, to publish the rogue-like first-person combat game Hellsweeper VR on Meta Quest 2 and PC VR. Hellsweeper VR offers an intense VR experience into the underworld where brutal combat and gravity-defying movements are at its core. With a no-holds barred locomotion system that offers wall-running, power-sliding, backflips and more, Hellsweeper VR is taking VR gaming to the next level. Vertigo Games revealed the game is making its way to Meta Quest 2 via a brand-new trailer, showcasing Hellsweeper VR’s action-packed gameplay:

Get loud with the metal classics of Pantera in Unplugged

Think outside the blocks in upcoming VR puzzle game PathCraft

Vertigo Games and solo development studio DevilCow, are partnering up to bring 90’s classics-inspired puzzle-platformer PathCraft to VR. The upcoming VR game has players enter a vibrant, hand-crafted world in which they play with blocks to complete increasingly complex puzzles. While crafting the path for their whimsical little character, players puzzle their way through the campaign in which they get to unlock new environments, special blocks with unique abilities, and a wardrobe of interchangeable costumes for their character.